Since arriving the Premier league in 2015 at Leicester City, N'golo Kante has been a revelation on the pitch. It comes as no surprise that it was the exact season he went to the King Power Stadium that the Foxes won the Premier league title and thereafter, Chelsea came knocking for him as well as his country in 2016. Playing for Chelsea and his national football team in the same year was an honor for Kante and it didn't take long for him to start getting the recognition he deserves. Today, the Frenchman is one of the best midfielders in Europe and what he brings to his team cannot be overemphasized. However, for a player who has twice been nominated for the Ballon d'or award (2017 and 2019), Kante has never scored a Champions league goal in his career despite making 24 appearances in the competition since 2017.

His statistics shows that he has 11 goals in 201 appearances in the English Premier league, 2 goals for his national football team in 50 appearances and zero goals in the Champions league. 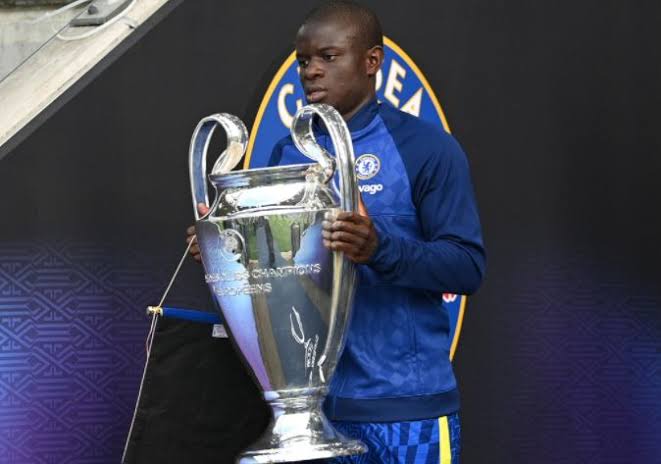 Owing to Injury and Covid-19, the 30 year old has only featured once for Chelsea in Europe this season, but will be hoping to get back on the pitch and further prove why he deserved to be honored as UEFA Best midfielder earlier this year. There's no question that a Champions league goal will add more credence to Kante's career and hopefully he will be able to get one in the near future.