By AsmartArenaSports (self media writer) | 10 months ago 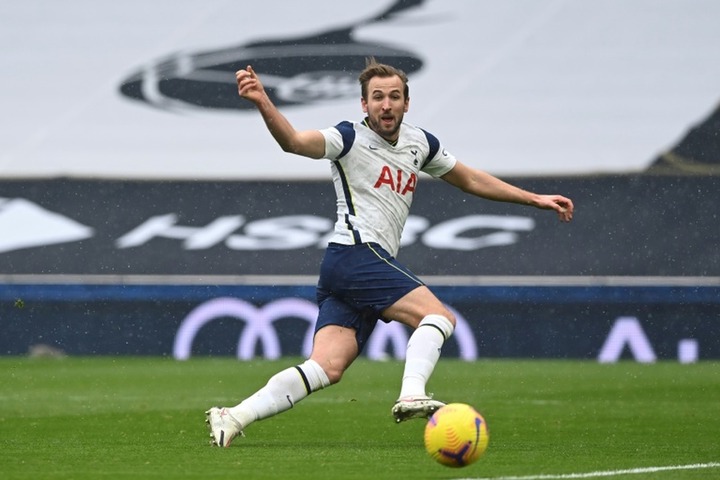 In his first match after announcing that he would stay at Tottenham this season, Harry Kane scored two goals as Tottenham beat Pacos de Ferreira 3-0 on Thursday to overturn a first-leg deficit in the Europa Conference League play-off round.

The England striker tried to leave Spurs for Manchester City during the close season, but Daniel Levy denied the motion, and he confirmed earlier this week he would be staying.

Having missed Tottenham's first two games of the campaign, after captaining England to the Euro 2020 final, he made his return as a substitute to help Tottenham beat Santo's former club Wolves 1-0 on Saturday.

Kane made his first start since Santo took over as manager, and also was named captain with Hugo Lloris rested. The 28-year-old leveled the tie at the Tottenham Hotspur Stadium, after a 1-0 loss in Portugal, in the ninth minute by collecting Bryan Gil's pass and slotting home.

In the waning minutes of the half, Kane pounced on a loose ball in the box to give the Spurs a commanding lead. The Molineux crowd chanted his name at the time and he deserved every bit of praise.

A free-kick by Giovani Lo Celso was headed in by Vitorino Antunes in the second half, and Son Heung-min replaced Kane with 18 minutes left.

This result guarantees Spurs European football at least until Christmas, and it was much needed by the club. The Portuguese team was unable to repeat their heroics of the first leg, as they failed to test Pierluigi Gollini in the Spurs goal and were well beaten.