By Garavinho (self media writer) | 3 months ago 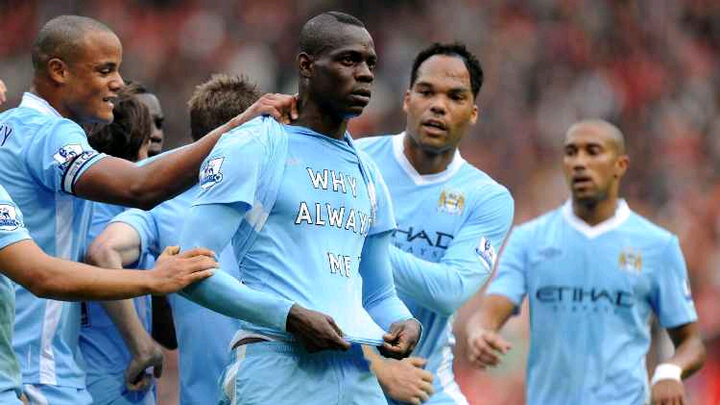 Scoring goals for fun in the game, former Manchester City striker Mario Balotelli was also on song in the 1-6 demolition of their neighbour, and in the bid to celebrate his goal in the game, took off his shirt to expose the writing on his innerwear which read 'why always me' to the view of the public. Taking the glorious win to heart as it played a vital role in bringing the club into recognition in the English Premier League and eventually helping them win the Premier League title in the 2011-12 season, the club via Instagram has remembered the Infamous goal celebration by Mario Balotelli, and all who were instrumental in the win. 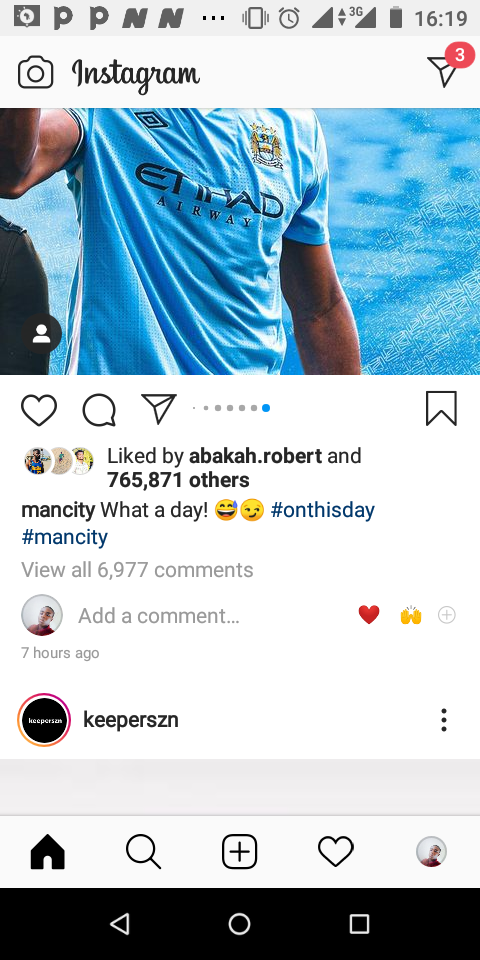 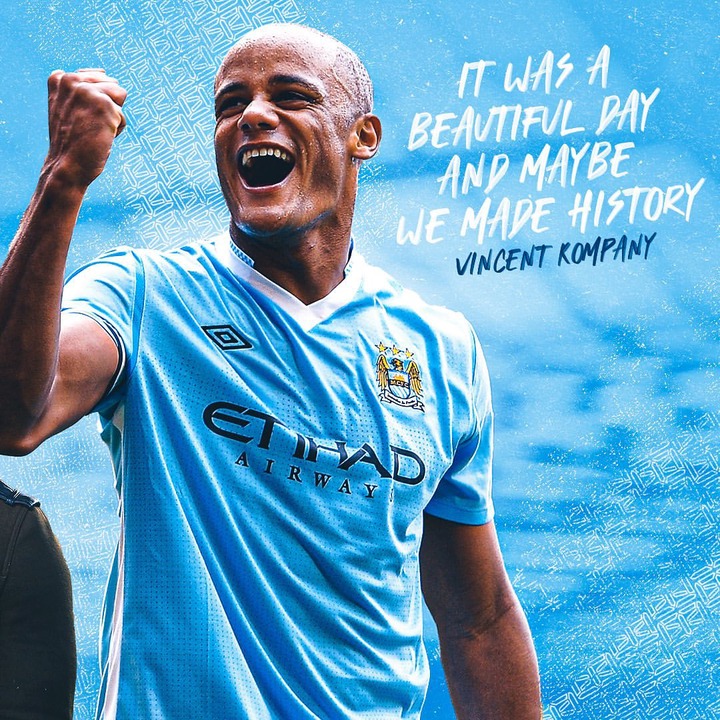 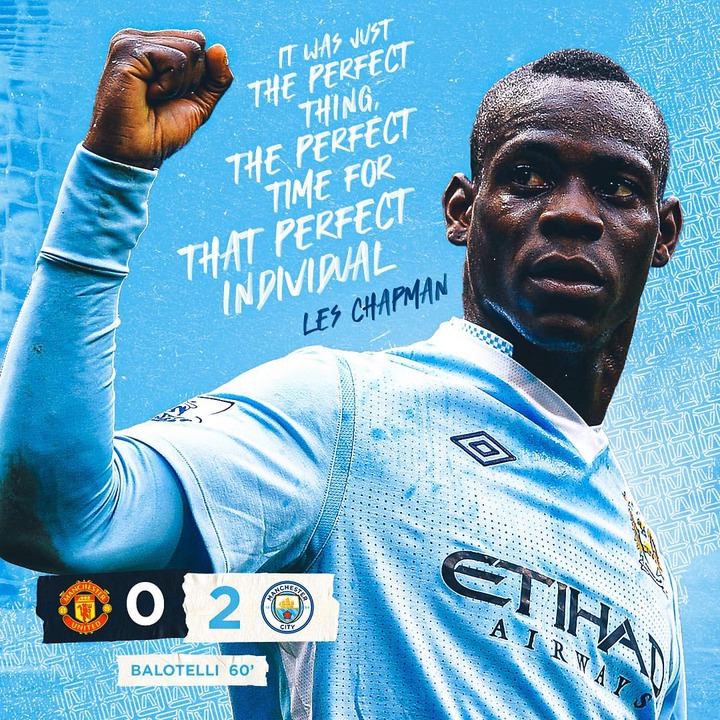 A match that will always live in the heart of fans of both teams involved in the game, all hands were on deck on the side of Roberto Mancini's Manchester City, to ensure that their opponents were blasted from the start of the game to the end, with players like David Silva, Edin Dzeko, and legendary striker Kun Aguero all responsible for the 1-6 annihilation of the Red Devils at home. 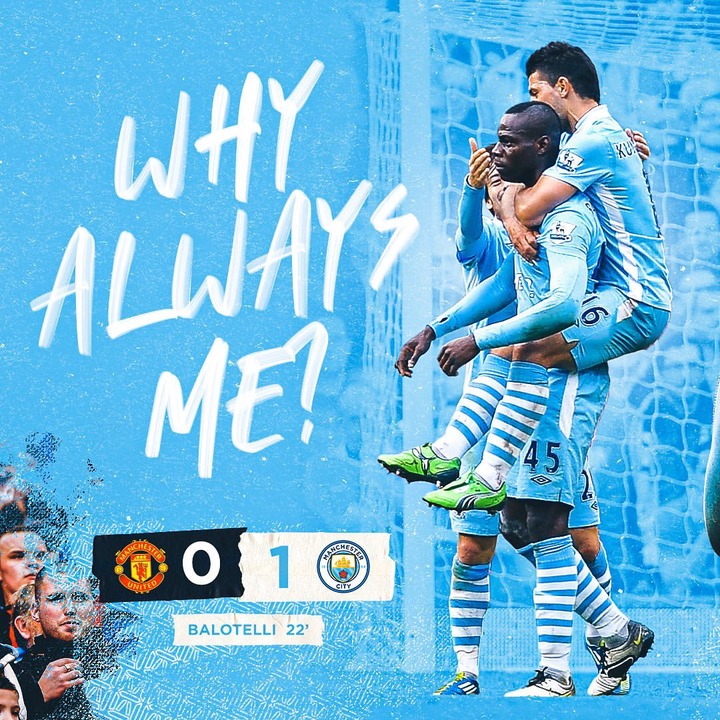 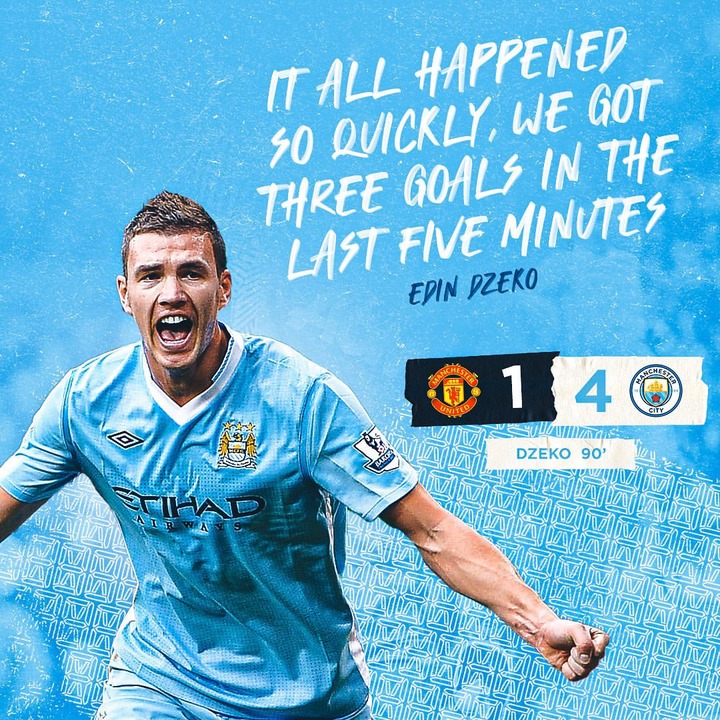 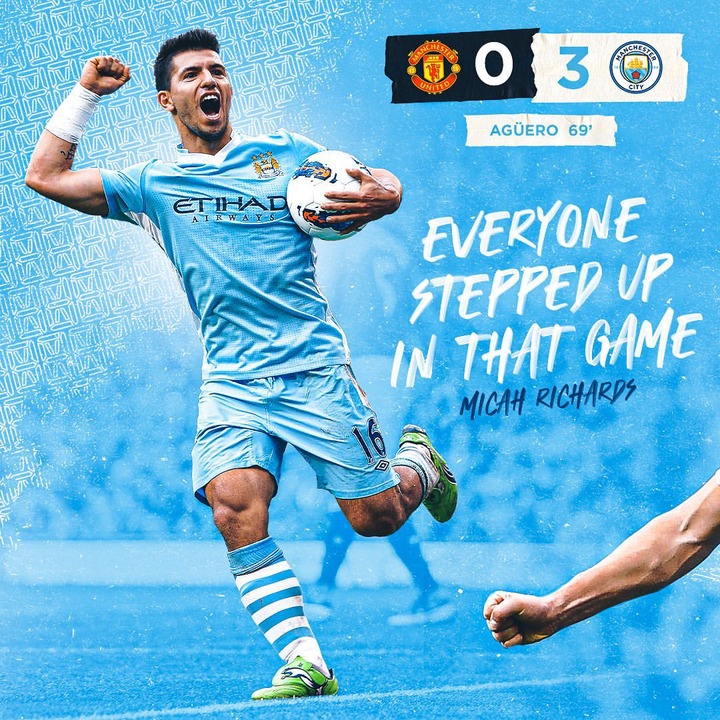 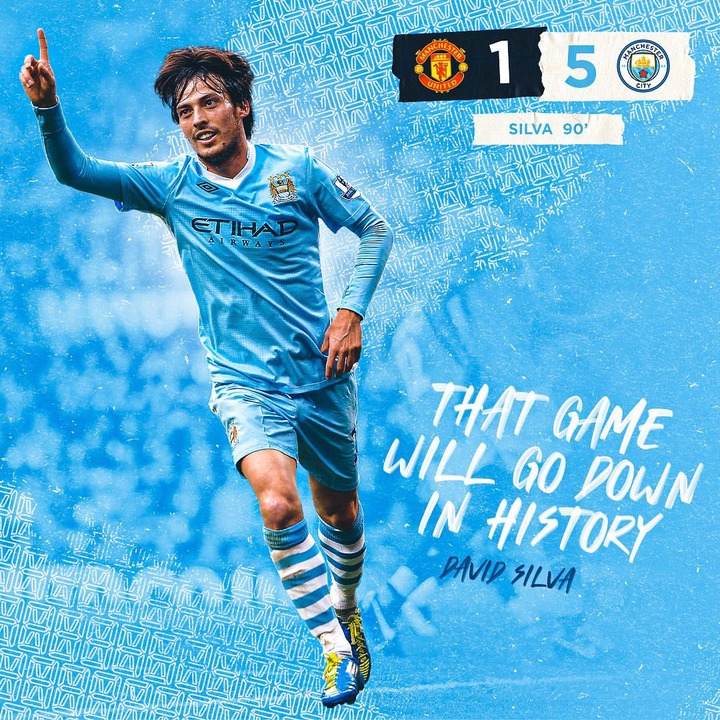 Also regarded as one of the most humiliating defeats of the Red Devils, history has it that it all happened in the awareness of their legendary and most decorated manager Sir Alex Ferguson, under the view of 75,000 awestruck fans, and master-class players like Wayne Rooney, Rio Ferdinand, David de Gea, Patrice Evra, Ashley Nani, Luis Nani and Johnny Evans who was sent off of the game, to hand Manchester City the needed advantage to do more harm. In all years to come, 23rd October will always be a day to be remembered by the cross-town neighbours Manchester City. 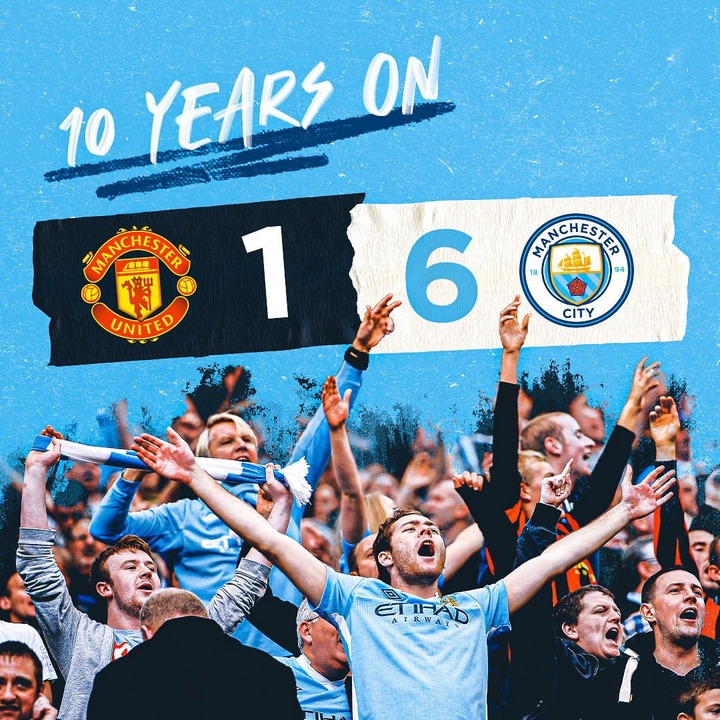