5 Chelsea Players Who Made An Exponential Rise Within A Season

By ToluT (self media writer) | 5 months ago 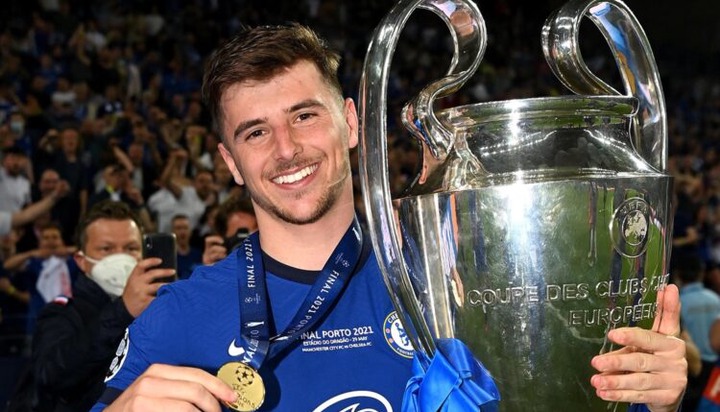 Millions of people around the world like football because of its unpredictability. No one knows when a particular decision or action will leave a trace in the history of the sport. Over time, Chelsea has witnessed some historic transfers.

Today, we will discuss five such examples where players have grown exponentially during the Blues’ first season.

Many people will quickly criticize Mason Mount, but since entering the first team, he has developed into one of Chelsea's most important and comprehensive players. Mason Mount has become a frequent visitor to Chelsea's starting lineup in his first season at the club.

Mount is the first youth academy graduate to complete 50 Premier League starts for Chelsea after club legend John Terry. Even Havertz's presence did not slow him down. In fact, the fierce competition for the final team spot improved his performance. Mount has the commitment, professional ethics, technical skills and physical conditions required to be a complete midfielder.

After a series of negotiations, Chelsea signed Damien Duff from the Blackburn Rovers for £17 million in 2003. Earlier that year, the wealthy Russian businessman Roman Abramovich bought Chelsea’s parent company. Duff was one of his first multi-million pound acquisitions, and for a player who has not yet played for a top club, the cost is considered too high.

Duff spent a good season at Chelsea. He helped the team win consecutive Premier League titles and scored the winning goal in the Football League Cup. He was also praised for his flexibility and reached the pinnacle of excellence in his first year with the Blues. More importantly, Duff’s signing is of great significance to the club’s ownership team, as his success has consolidated Abramovich’s position in football.

In 1996, Gullit bought Italian striker Gianfranco Zola from Parma for £4.5 million, who played for Chelsea until 2003. He will continue to be the greatest player in the history of the club. Zola's ingenuity on the court has won him admirers of Sir Ferguson and Claudio Ranieri, as well as the hearts of Chelsea fans.

Although he had just joined Chelsea in the middle of the 1996 season, he won the PFA Fans Player of the Year Award in his debut season, becoming the first player to win the award without playing a full season at the club, and the first Chelsea player. this way.

In the early 2000s, Jimmy Floyd Hasselbaink (Jimmy Floyd Hasselbaink) was one of the best shooters in the league. In 2000, Chelsea signed him from Atletico Madrid for 15 million pounds. This was the club record at the time, and Hasselbaink quickly demonstrated his value. In his debut season, he scored 23 goals in 35 league games and repeated this feat next season.

Not all players have been able to consistently provide consistent performance like John Terry over the years. Chelsea’s idol cannot be excluded from this list. Mr. Chelsea, who is often mentioned, has been playing for the club since 1995. He was named Player of the Year in his first season as the main player of the first team, and it only took him three years to be named captain.

Until now, he has been the leader and heart of the team, and there is no sign of slowing down. Interestingly, in 2006, he even played a game as a blue goalkeeper and did not concede a goal in the match. Now this is impressive.