By c.nananews (self media writer) | 10 months ago 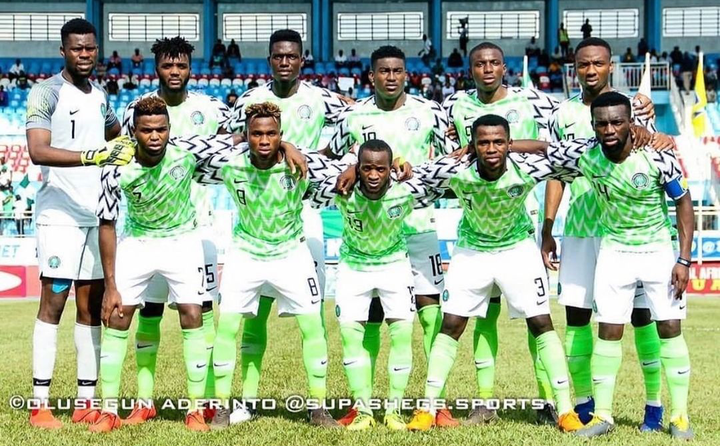 Super Eagles of Nigeria star Taiwo Awoniyi netted his first ever European competitive goals in his team's 4-0 away victory over KuPs football club, in the playoff of UEFA Europa Conference League on Thursday evening. 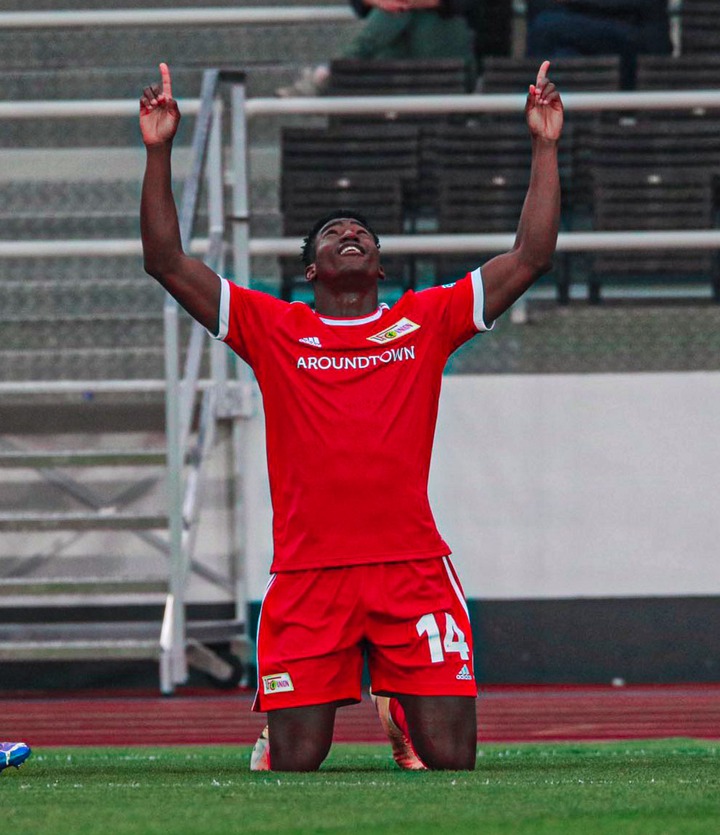 The former Liverpool football club star was given a starting role by coach Urs Fischer and he was able to impress as he contributed to three of his team's goals.

Taiwo Awoniyi started in Union Berlin's attack alongside Germany star Max Kruse and the duo were exceptional in the game. 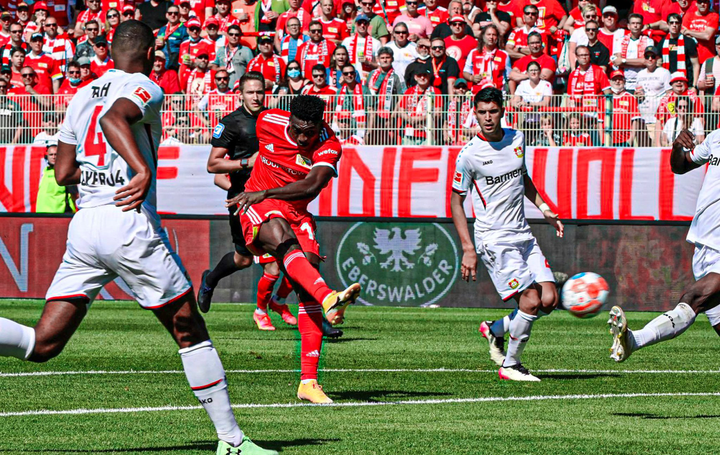 Taiwo Awoniyi opened scoring for the away team in the 7th minutes, and Max Kruse doubled the lead in the 29th minutes via a fine assist from Taiwo Awoniyi, before the Nigerian international scored his second goal of the game in the 31st minutes to end the first half 3-0.

Both teams efforts to score more goals in the second half of the game were not successful until the 90th minutes when Andreas Voglsammer scored the last goal of the game, as the match ended 4-0. 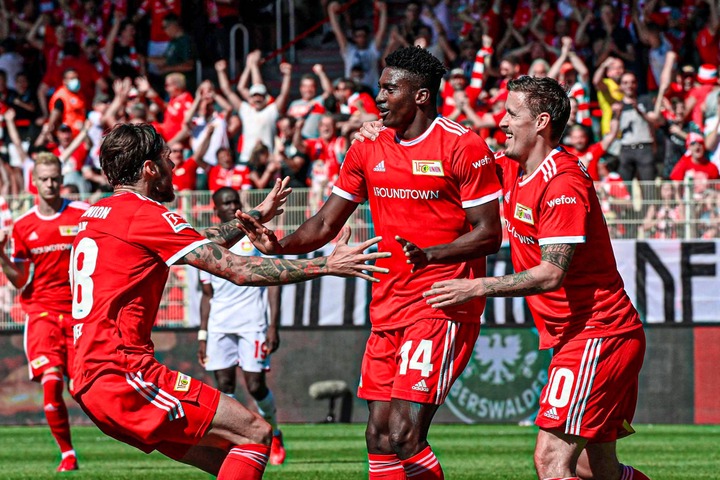 Taiwo Awoniyi was superb for the away team in the entertaining encounter, and his brace means he has netted his first ever goals in European competition.

The 4-0 victory over KuPs football club has now given Union Berlin an advantage ahead of next week's return leg.