By Santiagobernabeu (self media writer) | 1 year ago 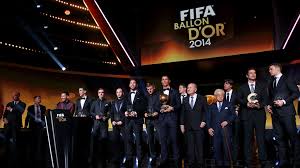 The Balon d'or is a prestigious award which is given to well deserved players every year.30 Top players are initially nominated at the start of the season for the award,but the award is always handed to the player with the best individual achievement as well as votes from the fans.

The Award has been dominated by Argentine Lionel Messi and Portuguese Forward,Cristiano Ronaldo. Lionel messi edges his rival with just a one award as he has 6 Balon d'or awards in his grasps and Cristiano Ronaldo has 5,with the only exception being in 2018,When Real Madrid and Croatian Midfielder,Luka Modric was given the award.

However,Balon d'or 2020 have officially been cancelled by FIFA as announced by the Media on Monday Morning and this has sparked a whole of controversy lately.According to Survey by a number of journalists,Fans have taken to twitter to show their disgust on this decision as well as the reason.According to reports,FIFA have been accused of Robbing Robert Lewandowski of the award and that It was cancelled because they knew he was going to win it with Big names Lionel Messi and Cristiano Ronaldo Missing out. 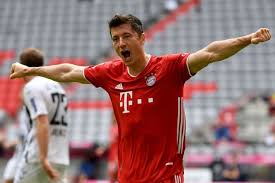 Robert Lewandowski have been nothing but Incredible as he played on a very high level this season,a level similar if not the-same as the one of Lionel Messi and Cristiano Ronaldo. The polish striker has scored a whooping 64 goals this season,way much higher than Lionel Messi's 28 goals and Cristiano Ronaldo's 45 goals,this puts him on top of the golden boot race.He also has this season's Bundesliga Title and German DFB Pokal under his belts,he also has also won the Bundesliga Best player of the season. Bayern Munich are also one of the biggest favourites to claim the Champions League this season and this gives him the best of chance to win this years award,all to his dismay,it has been cancelled.

The main reason why this year's balon d'or was cancelled is due to 'Fair Conditions' as the FIFA board has termed it.''The Prestigious award was disrupted by the coronavirus pandemic and this would have marred the good name of the board''A FIFA official has said recently,disregarding all rumors and the Robert Lewandowski Conroversy.