By Sportmata (self media writer) | 2 years ago

Nigeria International, Kelechi Iheanacho who joined Leicester City in the summer of 2018 from Manchester City for a fee in the region of £25million have being a bit part player for the Foxes playing almost all the time as a substitute as a result of the form of Jamie Vardy who has recorded 102 goals for the Club.

Iheanacho, 23, on several occasions looked frustrated on the bench whenever he is not involved in a game and have consistently tried to prove himself to all three managers he has played under. 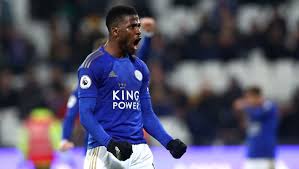 The former U17 world cup win and Golden ball winner has the potential to be a top star in the round leather game but not playing regularly could hamper his development further.

The big question is should Iheanacho head for the exit so as to get enough playing time else where? 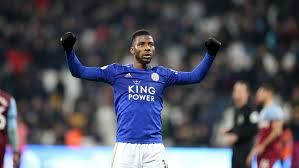 Here are a few reasons why Iheanacho must not leave Leicester City amid Newcastle United links.

The recent partnership with Jamie Vardy have being very fruitful recently, with the Englishman benefiting from the pressing of Iheanacho to pounce on defenses and score goals.

Kelechi Iheanacho have also benefitted from the movement of Vardy as this creates pocket of spaces for Iheanacho to operate and score goals.

He has managed to twice in his last five appearances for the foxes all as a starter alongside the current Premier League highest goal scorer Jamie Vardy.

Iheanacho have now scored 10 times across all competitions this season for the Foxes in 24 appearances. 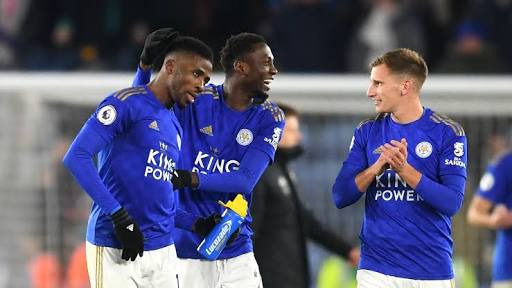 The luxury of having an International teammate as a club mate is very encouraging to most players. As it is the tradition with players of the same Nationality, they often celebrate victories or trophies together. This very common with Brazilians. Iheanacho having Ndidi as a Club mate at Leicester City have being encouraging as Ndidi is a regular in this Leicester City side.

Kelechi Iheanacho have spoken on a couple of occasions how Ndidi have encouraged him anytime he is experiencing a purple patch or misses a chance. In an event he joins Newcastle United, the Nigerian will definitely miss Ndidi.

Finally every football player wants to feature in the UEFA Champions League, though Iheanacho have played in the competition for Manchester City in his breakout year at the Cityzens, the Nigerian will definitely want to have a go again.

The Foxes have played Champions League football too, a year after they won the league in 2016. As it stands right now Newcastle United aren't in way close to qualifying for any European Competition. Hence, it will be wise for Iheanacho to remain Leicester City who are in pole position to qualify for the UEFA Champions League or at least an Europa League place as they remain 4th level on point with Manchester United on 59 points, with only goal difference of +3 separating the two sides.

Iheanacho in the Summer of 2019 was linked with a move to Monaco but the player reiterated his desire to remain at the King Power stadium. He is now linked with Newcastle United who will definitely be building something special in an event the Take over project goes through. The St James outfit are anticipating a £300million take over deal by Saudi Arabia Public Investment Fund under the leadership of Saudi crowned Prince.

Do you think Iheanacho should make move elsewhere or better still remain at Leicester City?