By Larrytee_news (self media writer) | 1 year ago 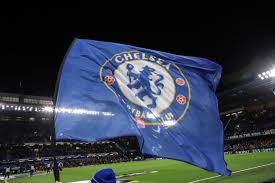 Chelsea were winners against Manchester United on Sunday in the semi final clash at Wembley stadium. Chelsea won with 3 goals to 1 with goals from Giroud, Mount and an own goal from Maguire.

Despite the flourishing football the club's attackers are in to, Lampard is Still not satisfied and wants to reinforce his attack next season, with the club already signing Hakim Ziyech and Timo Werner earlier this summer. It is now a good news for Chelsea as reports just came in that Kai Havertz has agreed to a personal deal with the club saying that he only wants to join the blues and not any other team.

Chelsea will apparently make an official bid in the coming days, with the expected transfer fee being €80 million.

Despite interest from other clubs like Real Madrid and Bayern Munich who were just crowned champions in LA liga and Bundesliga this season, the Bayern Leverkusen star has agreed to go to Chelsea.

Content created and supplied by: Larrytee_news (via Opera News )