Check out 5 most expensive trophies in the world, and how much it is worth.

Thank you for clicking my article I hope you enjoy it.

Today I will be talking about the world most precious and expensive trophies in the world, based on their worth and uniqueness.

Taking the first position in my chart is the FIFA World Cup Trophy. Every four years, 32 qualified countries around the world always compete for this football Trophy, after the group stage matches is played and the finals is played, and we finally have a winner. The winner is presented a beautiful Gold Trophy. The uniqueness of this tropy is that it is made out of 18-carat gold with 2 layers of semi-precious malachite,and it weighs 6.175Kg and 36.5cm in size.

As you probably already know, the FIFA world cup football trophy is awarded to the winning team of the FIFA World Cup. The Cup was Designed by Italian artist Silvio Gazzaniga was first introduced in 1974. Its design depicts two human figures holding up the earth

The 18-carat gold trophy is hollow because if it was solid, it would weight 70-80kg and be too heavy to lift, if there should be more Gold inside the trophy.

Another thing there is that, there is only one World Cup trophy, and the winning team don’t get to keep it Instead, they are given a bronze plated replica. USA Today values the real World Cup Trophy trophy at $20 million or around £16 million. That's a huge sum of money, but to me it is priceless, because winning the world cup trophy means more than a sum of money. 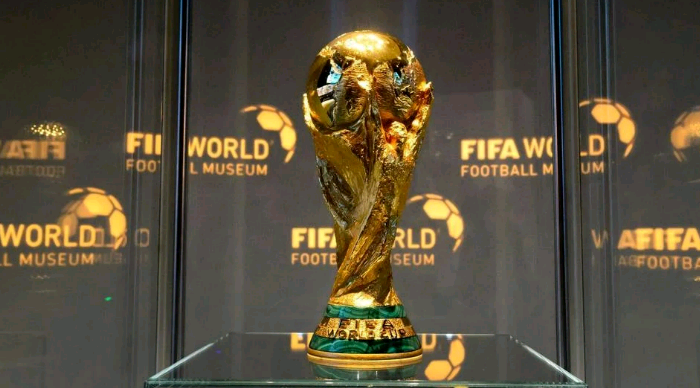 Number two on my chart is Woodlawn Vase. Winner of Preakness Stakes horse racing competition gets to win the trophy.

The Preakness Stakes is an American horse race that takes place on the third Saturday of May each year.

But, because of the outbreak of the American civil war, the trophy had to be buried, so it was not melted down into ammunition.just imagine if something of this worth is melted down to guns or bomb to take people's lives. Say no to violence.

It was kept safe and is now presented to the winner of the Preakness Stakes every year. Although they don’t get to keep the real trophy, they are instead presented a replica to keep. 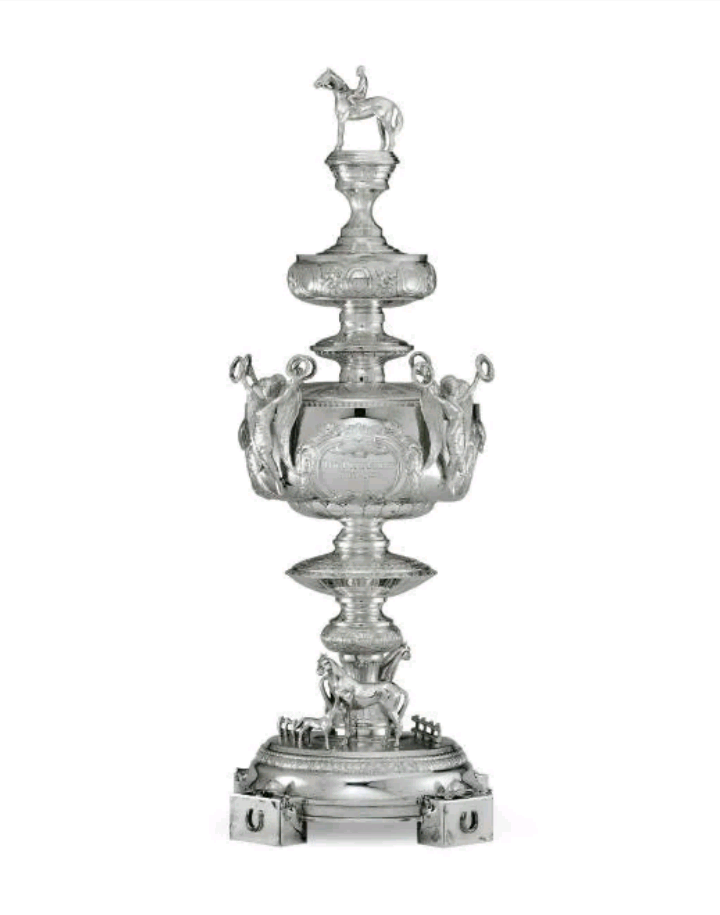 Taking the number 3 on my list is the Borg-warner Trophy. Winners of Indianapolis 500 motor racing gets to win the trophy.

One of the things that makes the cup expensive is that it was forged and made of Sterling silver. And it was created in 1936. It is sized about 163cm, and weighs up to 45kg, trust me it's a big trophy.

It is Originally worth 10,000 in 1936, the BorgWarner trophy is now insured for more than $1.3 million, which equates to around £1m. That's what I call million, not 1 million naira.

The sterling silver motorsport trophy was first awarded in 1936 when it was created by the automotive supplier, BorgWarner.

It’s presented to the winner of the annual Indianapolis 500-mile race, fondly known as the indy 500.

Interestingly, the indy 500 is the oldest automobile race in the world that still takes place every year.

The race is held annually at the Indianapolis Motor Speedway and has done since 1911.

Race winners don’t get to keep the trophy though. They are instead awarded a miniature replica to keep.

Some may find this creepy, but the BorgWarner trophy is actually engraved with the faces of all the drivers who have won the indy 500. The BNP Paribas Fortis Diamond Games trophy is won in the Diamond Games. It is a designer for spectacular women.

It is made out of a mixture of Gold and Diamond, and it weighs up to 4.5kg.

The trophy was created to award any female player who could win the singles tournament 3 times within a five year period.

It was last won by Amélie Mauresmo who won the tournament on three consecutive occasions, taking home the trophy in 2007.

This stunning tennis trophy is designed in the shape of a tennis racquet with a tennis ball in the centre.

It’s made from gold and encrusted with over 1,700 diamonds.

Since Amélie Mauresmo won the trophy in 2007, a new trophy was created in 2008. This time, it was decorated with 2008 Diamonds!

This trophy should really be the most expensive one on the list because, discounting insurance and heritage, it’s the only one that’s actually worth its weight in gold… and diamonds. Bling bling, I just wish I could just take just 10 pieces out of those diamond, I would be rich forever. Anyways we will be rich. 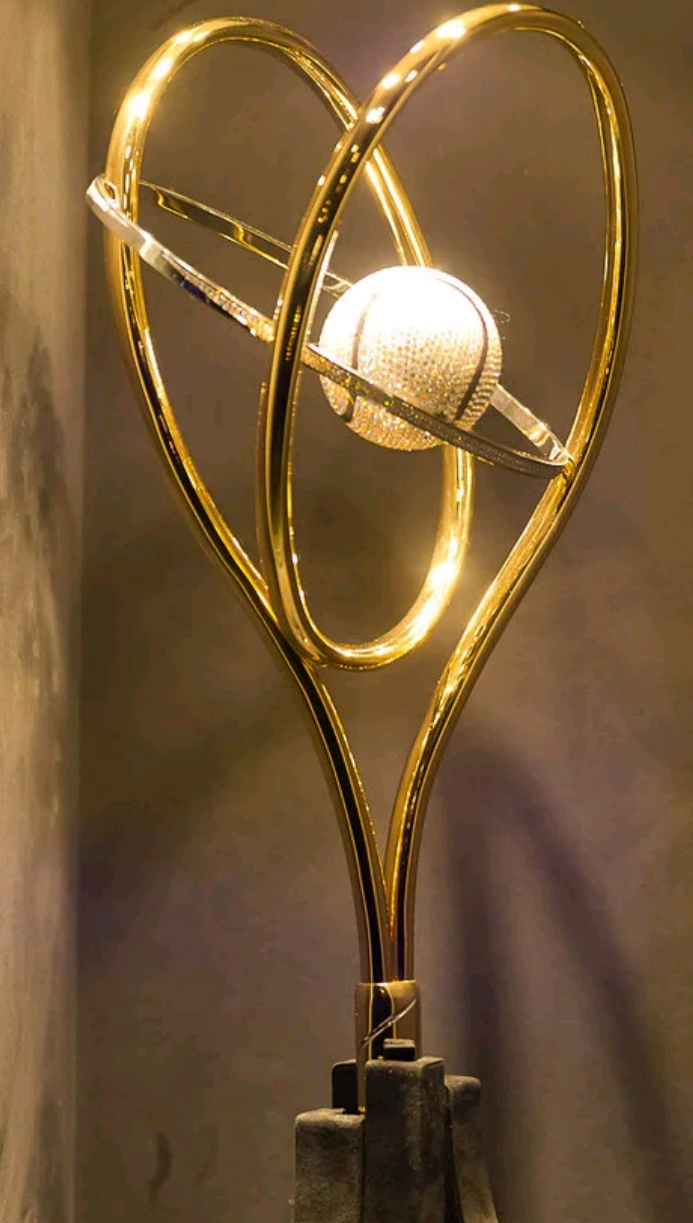 The cup is awarded to the winner of the Canadian National Hockey League (NHL).

It is made from full silver, sized 89.5cm and weighs 15.6kg. it was created in 1892 that's really long, I wonder how this people even manage to keep the trophy intact.

We don’t know how much the Stanley Cup trophy is insured for. However, on raw material value alone, USA Today estimated you could cash it in for around $23,500, or (£18,000)

Presented to the winning team of the NHL ice hockey tournament in Canada every year, it’s one of the oldest and most prestigious trophies in the world.

It’s well over 100 years old, and with new team names being engraved on it each year, it’s grown to be one of the largest trophies in the world too. Am sure by 2050 this trophy would have it's own planned. LoL.

It’s so big that the oldest band has to be removed every few years and replaced with a new one.

The oldest band is preserved in the Hockey hall of fame to keep it safe forever.

And, whilst we don’t know the details of its insurance, the Stanley Cup and what it stands for is priceless.

So, if it is insured, it’s probably insured for a lot of money. Am wondering if this Trophy won't worth more than Nigeria LoL. I don't even know where NPFL cup is on the list LOL(laugh out loud). Thank you for reading my article, please surpport me your boy, by liking, sharing and commenting in the comment section. You can also follow me for more interesting articles. Stay safe and bye.