See Why Cristiano Ronaldo Remains A Top Celebrity At 35

By Kennethokuneye (self media writer) | 1 year ago 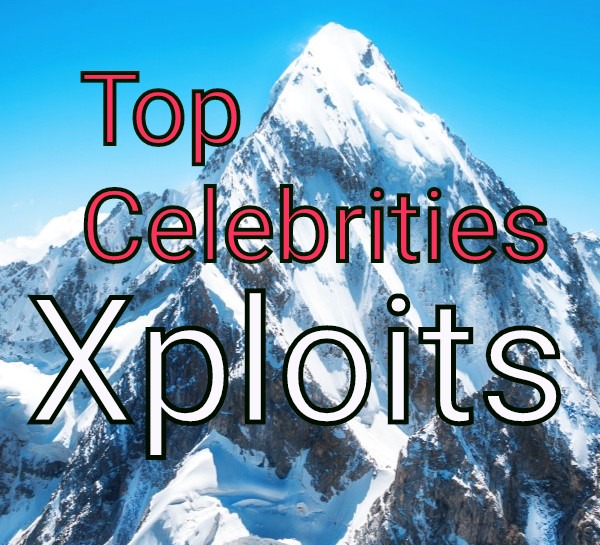 Top Celebrities Exploits beams the flood lights on another young and enterprising mega star, reeling in and relishing global fame and attention, always trending online for positive reasons, meet the one and only CR-7.

Born on the 5th day of February, 1985, at Funchal, Madeira, Portugal, to the family of Maria Dolores dos Santos Viveiros da Aveiro and José Dinis Aveiro (1953-2005).

According to Wikipedia, Cristiano Ronaldo dos Santos Aveiro, is the fourth and youngest child of his family, whose name Ronaldo is actually a tribute by his father to his favorite movie actor, Ronald Reagan, who was the incumbent President of the United States of America, at his birth, in 1985.

Emerging from the background of intimidating poverty, CR-7 confronted the challenge early in life with determination and diligence, in pursuit of excellence and fame, in a World overwhelmed with challenges.

The ideals of determination and diligence propelled CR-7 to a global pedestal, where he ranks among the top Celebrities, at the pinnacle of global fame and attendant reward of wealth.

The iconic mega star began his exploits and quest for greatness with an amateur Career in soccer at age 7, when he joined Andorinha, a football team where his father worked as a kit man, between 1992-1995.

By 1997, at age 12, he signed his first contract with Sporting CP, for a fee of £1,500. By age 14, he was expelled from school for throwing a chair at his teacher, whom he alleged to have disrespected him.

Amidst the expulsion saga, with his mother's approval he dropped out from school, to pursue a semi professional Soccer Career, a decision that became a solid foundation for his unfolding potential then.

At age 16, Ronaldo set a special record at Sporting CP, having played at all strata of the Club, within a season, the only person to have done so. He graduated from under 16, under 17, under 18 teams to the B Senior team and the first team, within a season. From that initial record setting spree, he embarked on a Career long record setting and breaking spree, that is still ongoing at present. As a gold fish, which could not be hidden for too long, consequently, his stellar performance against Manchester United in 2003, recommended him for a move to the Old Trafford, for a fee of £12. 24 million.

A move that impacted positively on his Career development, as the exponential breakthrough between 2003-2007 later revealed, where he reportedly scored the 1000th Premier league goal of the team.

CR-7 is a versatile attacker, with deft capacity to operate on either wing, as well as the center effectively. He ranks among the right footed footballers, who are very strong with both feet.

His speed is unmatchable, as he is one of the fastest footballers in the World, on and off the pitch. Having evolved tactically, since his days at Sporting CP and Manchester United, where operated as a winger. Now a player with pace and agility that send defenders into the panic mode always.

With over 1,000 professional appearances and over 700 senior career goals, for clubs and Country, it is undisputable that CR-7 is top Celebrity and a mega star. At age 23, won his 1st Ballon d'Or trophy and subsequently became a winner on four other occasions, bringing his total to five.

With earnings of £615 million, from 2010-2019, Forbes ranked him the second highest paid athlete of the decade and the first footballer to earn $1 billion in his Career.

According to a trending post by FIFA, the World football governing body, this week CR-7 set the following records: • 1st man ever to score 50 goals in the English, Spanish and Italian top flight leagues.

This is the inspiring Exploits of CR-7, who rose from grass to grace, while undertaken legitimate enterprise. A story that indicate how the ideals of determination and diligence could propel an individual from one social class to another. If CR-7 succeeded with them, surely you too can do it.

Share your thoughts to encourage everyone facing social and economic challenges, that they are not unstoppable. CR-7 is a living case study of legitimate rising from disadvantage to a vantage position in life.

Keep your comments and contributions coming in the section on comments.

Content created and supplied by: Kennethokuneye (via Opera News )