AFCON 2021: Important things to know before the Nigeria vs Sudan game. 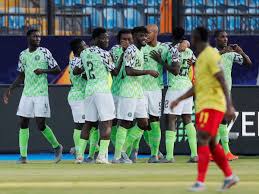 Following the recent win by Nigeria against Egypt, many football fans and citizens have been longing to see the country's game against Sudan, so as to ascertain it's faith.

As Nigerian citizens and fans celebrate their win against Egypt on Tuesday, the Super Eagles of Nigeria and it's entire team, have been working tirelessly to ensure that they win the game against Sudan on Saturday.

After gaining three points from the game against Egypt, the Super Eagles only needs to win a game on Saturday against Sudan to stand tall as the only country in the Group D category to proceed to the quarter finals.

Here are some important facts you need to know before the game begins on Saturday.

Firstly, the Super Eagles assistant Coach, Joseph Yobo, has stated that both the Sudan and the Guinea-Bissua team has almost the same playing skills as the Eagles but there is something that stands the Nigerian team out.

Although Yobo has refused to tell what it is, it gives Nigerians joy and hope knowing the have a chance to win. This also indirectly means that the Super Eagles have been spying their opponents as Joseph Yobo ignorantly mentioned that they watched the game between Sudan and Guinea- Bissua.

The Super Eagles of Nigeria's Head Coach, Augustine Eguavoen, has also revealed that the Nigerian players will be tackling their second game with a different approach.

Augustine stated this in an interview on Thursday saying that the team has been training ever since it's last win against Egypt.

Coach Augustine acknowledged that it was a hard race and a huge task ahead but he noted that the Eagles are ready to take on the challenge. He said that he would not be pleased to lose the three points that will lift them up to stardom.

With that now known, do you know that the Super Eagles are in for a very top match tomorrow? 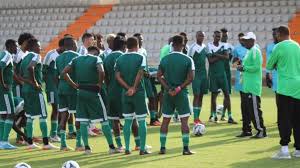 Do you know that Sudan only won the CAF cup in 1970 and has never qualified for AFCON ever since then until 2012 when it still lost?

Do you believe that Nigeria can beat Sudan tomorrow? If yes then drop your predictions and reactions below let's see who wins.