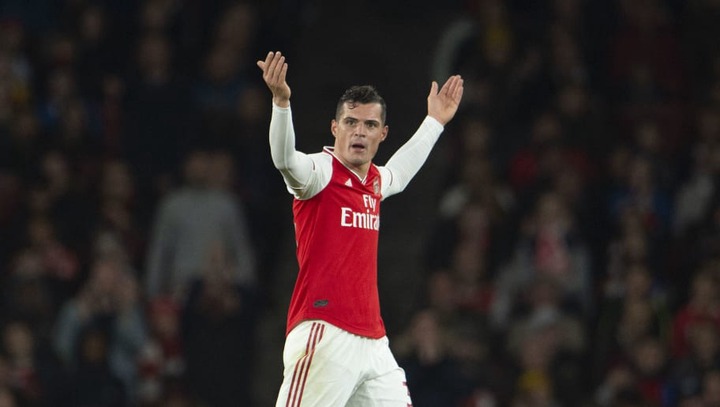 Arsenal fans have never had to deal with the tragedy of having a player who continues to bring them misfortune like Granit Xhaka has done since he joined the club from Borussia Monchengladbach in 2016.

The Swiss international has earned a reputation for always getting his team into situations where they always find themselves on the wrong foot.

Xhaka was at his notorious best when he was sent off after an ill-tempered challenge on Joao Cancelo in Arsenal's Premier League clash with Manchester City at the Etihad Stadium on Saturday.

The Gunners' hope of a fight back after conceding two early goals had evaporated into thin air after Xhaka's horrendous tackle and subsequent sending off.

For a player who was just beginning to warm himself into the hearts of the Gunners' faithful after years of strained relationship following a succession of annoying performances, it was one more bitter pill hard to swallow.

According to Opta_Joe, the renowned sports statisticians, Xhaka is one of only three players -- the others being David Luiz (who has just left Arsenal) and Manchester City's Fernandinho -- who hold the record of being red-carded the most in the Premier League since 2016 with four sending offs!

Interestingly, Arsenal have tended to lose in every game in which the midfielder pressed the self destruct button.

We bring you the other occasions in which he was either sent off or got into the bad books of the team's teeming fans across the world. 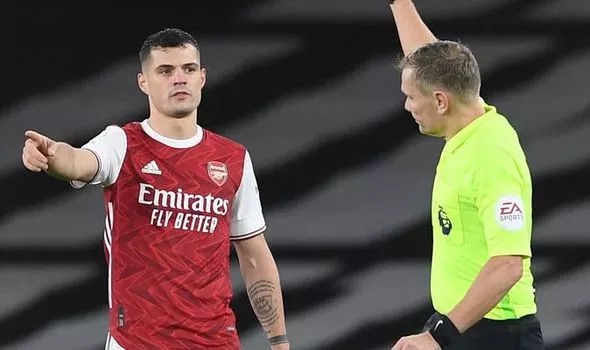 Granit Xhaka came in as a 65th minute substitute for Mohamed Elneny as Arsenal hosted Liverpool in what was their very first game of the 2016/17 season.

He had impressed in pre-season matches and then manager, Arsene Wenger was confident enough to hand him his competitive debut.

But the Swiss star ended up on the side of infamy as he picked up a needless red card to hand the initiative to a Jurgen Klopp-led Liverpool who closed the game 4-3 following goals from Philippe Coutinho, Adam Lallana and Sadio Mane.

That first impression on the fans has appeared to dog his time at the Emirates Stadium till date. Granit Xhaka did not do much to help his image with the fans as he again got sent off in another Premier League game in October, just few months after his debut misfortune.

Once again, it was at the Emirates Stadium where Arsenal hosted a visiting Swansea side.

Xhaka had gotten on the wrong side of the referee to get sent off in the 70th minute as Swansea pushed for a late rally after going down 3-2 following goals from Theo Walcott and Mesut Ozil.

Thankfully, the Gunners did escape to take all three points but Xhaka's sins before the fans were increasing by the day! 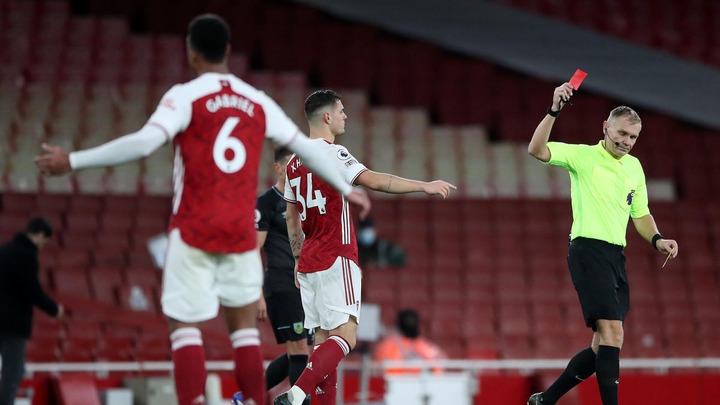 Granit Xhaka again infuriated the team's fans when he got sent off during Arsenal's Premier League game with Burnley at the Emirates Stadium in January 2017.

The Gunners had again managed to win the match despite the numerical disadvantage caused by Xhaka.

The Gunners fans were, however, not impressed and it would count against him in subsequent years. 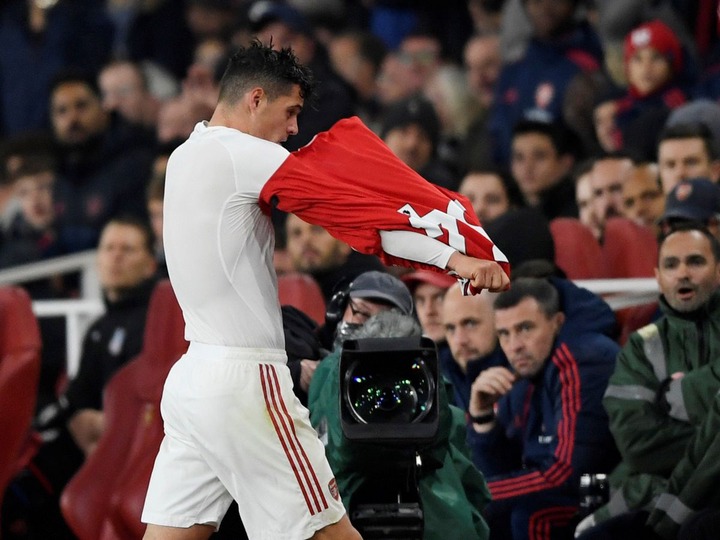 This was during the reign of Unai Emery as manager. He had been made captain after former Laurent Koscielny left.

Arsenal were playing against Crystal Palace.

He was not playing well and the coach was asking him to come out for another player.

The fans were happy and cheered the decision.

Xhaka took offence as he made several sarcastic gestures to the crowd. He was even heard mouthing obscenities while he walked off the pitch.

His action didn't go down well with the team's Spanish manager who later stripped him of the captain's armband just five weeks after being appointed. 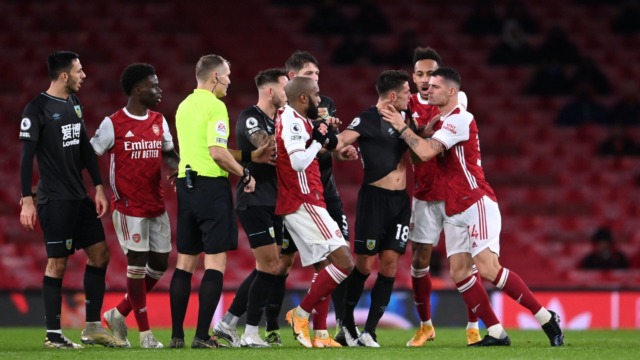 Arsenal hosted Burnley at the Emirates Stadium in a Premier League fixture on December 13, 2020.

Xhaka got into an incident in which he grabbed Burnley player, Ashley Westwood by the neck. This was after he had initially clashed with Dwight McNeil during the course of the game.

Burnley had then taken advantage of the vacuum created by Xhaka's 56th minute sending off to run away with a 1-0 victory.

Arsenal fans did not quite forgive him for the misdemeanor. 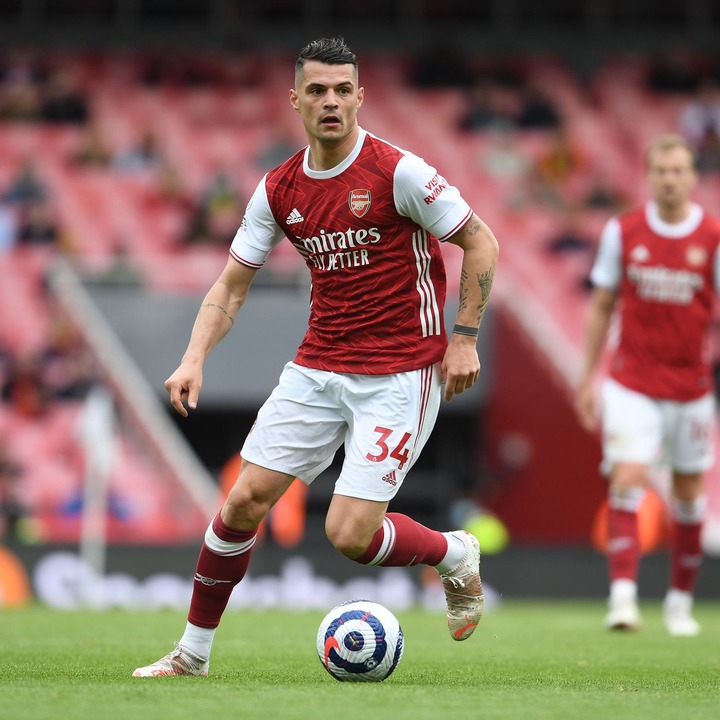 Marching orders have not always been what Xhaka was about. He has also, on occasions, delivered performances that portrayed him as a player who was ready to defend the Gunners' red and white shirt.

However, his constant proneness to errors that have led to avoidable losses to the team hasn't made him the most adorable player in the ranks of the Arsenal squad.

Not a few fans of the club really looked forward to his planned, but later aborted move to AS Roma at the start of the summer transfer window.

But Mikel Arteta's decision to give him an extended contract that would keep him at the club till 2024 now looks to have been hasty and ill-advised.

The thought that they have to continue to endure the 28-year old star for the next few seasons certainly doesn't inspire the fans.