Chelsea has included both Ross Barkley and Loftus Cheek in their Premier League squad for this season, but these players are not regular starters and might sit on the bench throughout the season. These are the two things that may happen after what Chelsea did. 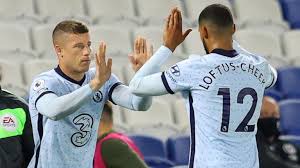 1. Tuchel may only use them when he wants to rest his key players. It is going to be a long season and footballers might not be able to play all 38 games in the Premier League because of fatigue and most especially injury. In the midfield, Rose Barkley and Loftus play together. If Jorginho and Kovacic suffer injuries, they are likely to get a start. 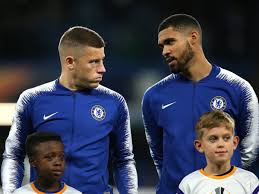 2. They may not have the opportunity to compete in bigger games: Games against Manchester United, Manchester City and Tottenham are must-win matches if Chelsea wants to become title contenders. Both players should have gone out on loan. The manager did not want a tiny squad, which was why he retained some of those players and offloaded others.

Barkley was given the No.18 after the club handed his No.8 to Kovacic, Loftus still retains his jersey, Barkley spent last season on loan with Aston Villa, where he failed to live up to expectations, and Loftus Cheek was loaned to Fulham. Other players included in the 25-man squad are Lukaku, Kante, and other big names. Their inclusion does not mean they can leave the club during the January transfer window. Anybody that tends to impress Tuchel will stay.

Chelsea hopes to win the Premier League this season and the Champions League, but it is more competitive and the best are chosen to represent this team. They will play against Aston Villa on Saturday and have a match on Wednesday.

Aston Villa Is surely an easy game and a win will move Chelsea above others.