Real Madrid will face Chelsea in the semi-finals of the UEFA Champions League, with the first leg scheduled to take place on April 27. However, Zinedine Zidane's men might have to do it without French left-back Ferland Mendy, who has been diagnosed with a calf-injury.

In an official statement given out by Real Madrid itself, the club revealed that Mendy had been diagnosed with an overload to the soleus muscle in his left leg. 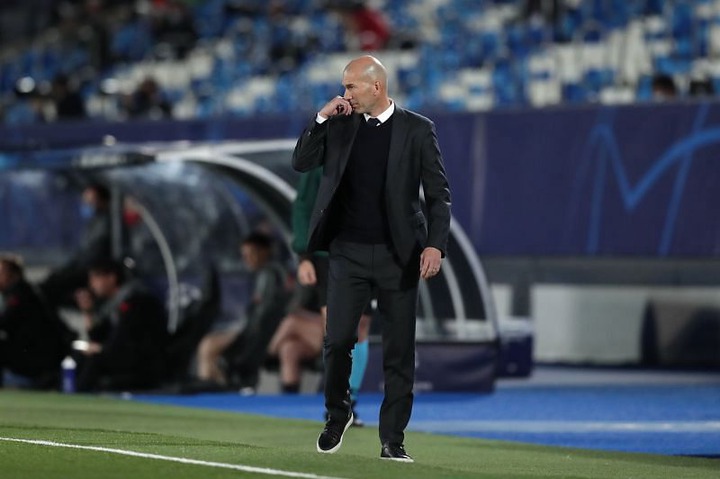 The former Olympique Lyon star joins a lengthy list of absentees, giving his manager another selection headache ahead of crucial league ties and UCL fixtures against Chelsea.

Mendy has regularly started in the left-back position for Real Madrid this season, and his versatility has also allowed Zidane to field him as the third centre-back in a back three formation.

On a more positive note, Real Madrid might get marquee player Eden Hazard back for their UCL fixture against English giants Chelsea. The Belgian missed two quarter-final games against Liverpool, in which Los Blancos prevailed 3-1 on aggregate.

However, Chelsea will present a far sterner test. The London-based side have been in fine form lately, which was highlighted in their FA Cup semi-final victory over Manchester City.

Thomas Tuchel's team have been resilient at the back and have enough flair up front to conjure up positive results.

AdvertisementZinedine Zidane will more than welcome Eden Hazard's return against his former club, as the Real Madrid head coach has been working with make-shift starting lineups all season.

In Hazard's absence, Vinicius Jr. has made the left-wing role his own, and it will be intriguing to see if the former Chelsea star is slotted directly into the XI.

Real Madrid are gunning for a 14th European crown, and if Zidane manages to get past Chelsea and the finalists, he will win his fourth UEFA Champions League trophy.

The last two campaigns have been comparatively disappointing for the Spanish heavyweights, but the 2020/21 season presents them with another chance at the coveted prize.

Real are also in contention to win the league as they trail leaders and city rivals Atletico Madrid by just one point.

Zinedine Zidane and his coaching staff have shown their brilliant tactical acumen in big games this year, and the Madrid faithful will be hoping that the club legend delivers another win against Chelsea.

3 Medically Proven Reasons Why People Die in Their Sleep

Steps for a good skincare routine.