Tottenham suffered another premier league defeat at the hands of Manchester United. Their hope of finishing in the top four has diminished and no longer possible. 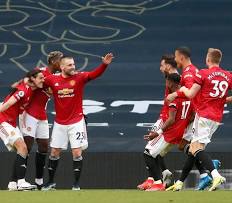 Tottenham head coach Jose Mourinho is getting closer to depart with the club. He's had a frustrating spell at Tottenham hospur and he may soon leave the club. 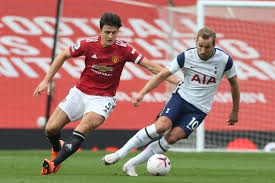 Tottenham hotspur played with everything they have got and players including Harry kane, Hojberg tried to put them ahead of the visitors but Manchester United defence was very excellent. Dean henderson made some excellent saves in the game and Harry kane was also impressive with his shot power. 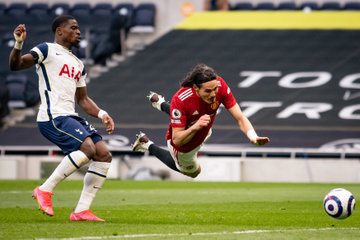 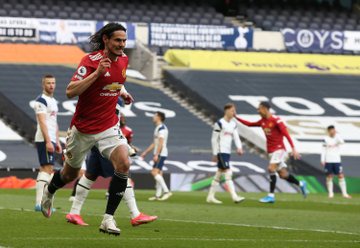 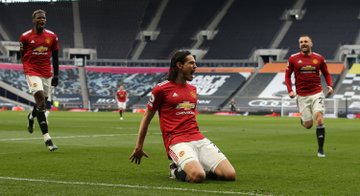 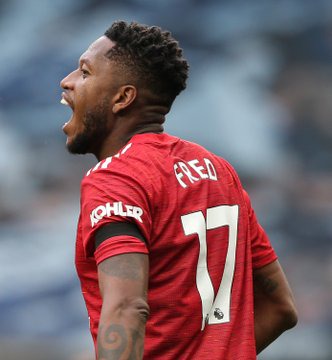 Cavani also enjoyed the game after scoring a brilliant header from Mason Greenwood cross. Greenwood was substituted in for Marcus Rashford after the winger was not able to make an impact to the game. Mason greenwood scored one goal after being assisted by Paul pogba and recorded one assist in the game, he was very impressive. Players including Fred, Mctominay, Shaw, Pogba, Greenwood, Dean henderson all put on an excellent display in the game. 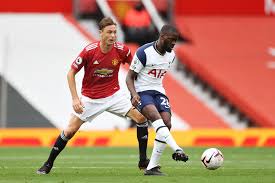 Tanguay Ndombele played with everything he's got but lost too many possessions in the game, he often loses the ball and eventually got substituted out in the game. 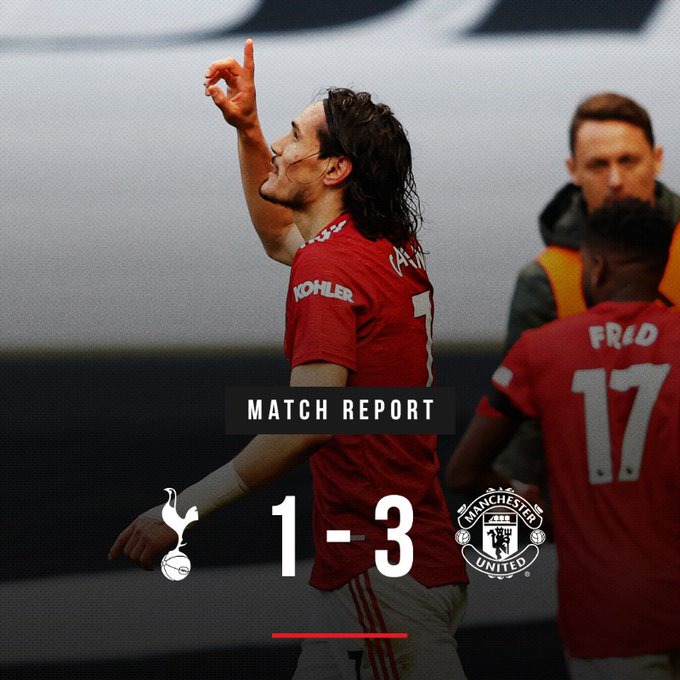 Tottenham boss Jose Mourinho has now lost 10 league games and he's struggling to get his team back in form although Harry kane may also depart from the club this season.

AVL 1-3 MUN: Check Out What Greenwood Said After The Match.