The Premier League announced Cristiano Ronaldo as the winner for September's player of the month award yesterday, as regards his all-around performances throughout last month. The Portuguese rejoined Manchester United in August, and he didn't waste his time in settling down at Old Trafford. Without a doubt, the Ballon D'or winner deserves the award, because he dazzled impressively in September. The Red Devils No.7 registered 3 goals in 2 games (Newcastle and West Ham United), and his goal against the David Moyes men was very crucial to Ole Gunnar Solskjær's men, as he single-handedly gave them 3 points.

Meanwhile, there's a Premier League record Cristiano Ronaldo could smash this season, as he won the September's POTM. Obviously, the Portuguese is a record breaker because he usually breaks and sets records wherever he finds himself, and he can actually smash this particular record in the EPL, if he continues with his current performance with the Red Devils. At the moment, the Ballon D'or winner has claimed 5 EPL Player of the Month awards, as he bagged four during his first spell before he joined Real Madrid, and he added one to it yesterday. As a result of that, the Ole Gunnar Solskjær's man could break Manchester City's Sergio Agüero's record.

The Argentine holds the record with the most POTM awards (7) in the Premier League, as he's literally above Liverpool's Steven Gerrard (6) and Tottenham's Harry Kane (6). Having said that, Cristiano Ronaldo could break the record because he's currently got 5 awards. Of course, the feat is achievable for the Portuguese, based on his level of winning mentality since he arrived at Old Trafford in August. 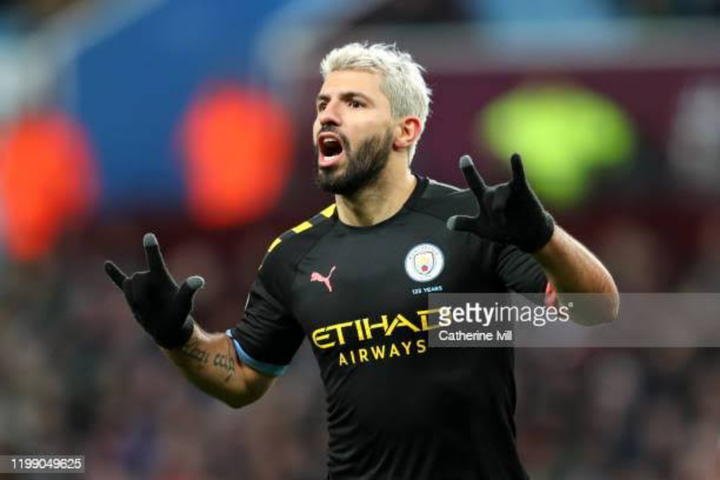 Apparently, the Portuguese magnifico just needs 3 more POTM prizes to leapfrog Sergio Agüero, so as to become the new player with the most Player of the Month awards in the Premier League history. Although, smashing the Argentine record may not come easy pissy for him, but he has the required abilities and capabilities to make it happen. Potentially, players like Mohamed Salah, Romelu Lukaku and the rest can challenge Cristiano Ronaldo for the award in every month, because they were all nominated in September. Nevertheless, the Ole Gunnar Solskjær's man is indeed a world-class player, and he really knows how to announce himself in every season.