Good News For Man United Fans: See Who Is Back At Old Trafford, Plus Update On Maguire & Tuanzebe

By UniqueMatter24/7 (self meida writer) | 5 months

Manchester United has welcome back one of their injured defender who was sidelined due to a muscle Injury and he has missed six of United games, meanwhile Harry Maguire has been declared fit for West Brom Clash, according to football journalist Jonathan Shrager. 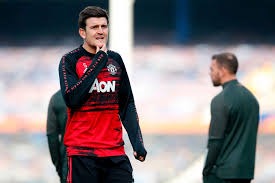 Harry Maguire had suffered a foot Injury during England 4-0 win over Iceland on Wednesday evening, and he missed club training on Thursday. Maguire has featured in all Premier League games for United since arriving at old Trafford though, and ole Gunnar solskjaer is keen on keeping that trend for the United captain.

According to the above report, Harry Maguire will be fit and healthy for West Brom game, meaning a start is likely possible for the england International on Saturday.

Ivory Coast international Eric Bailly has been out of the red devils squad, after picking up a muscle Injury. This development has seen him missed six of Man United games, with Prolonged times on the sidelines quickly casting a dark-cloud over Bailly's career. 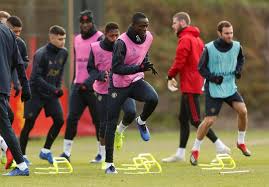 According to football Journalist, Jonathan Shrager, the 26-years-old defender is once again fit to feature. Bailly's last appearance for United came during the 6-1 defeat to Tottenham Hotspur, and solskjaer may prefer to ease the defender back in more pragmatically.

Axel Tuanzebe is also likely to be handed a start against West Brom, if Victor Lindelöf remains on sideline following his back issue. Lindelöf was substituted in Sweden's 4-2 lost to France on Tuesday, with United being doubts over his availability.

Ole Gunnar solskjaer certainly has tactical thinking to do, for a match where the Red Devils cannot afford anything less than three points.

Content created and supplied by: UniqueMatter24/7 (via Opera News )

Palm Wine And Its Numerous Health Benefits You Need To Know

CHE VS MCFC: Check Out Where UCL Final Will Take Place Instead Of Istanbul

7 ways to become a better trader