Man Utd could be without 3 players for Crystal Palace trip 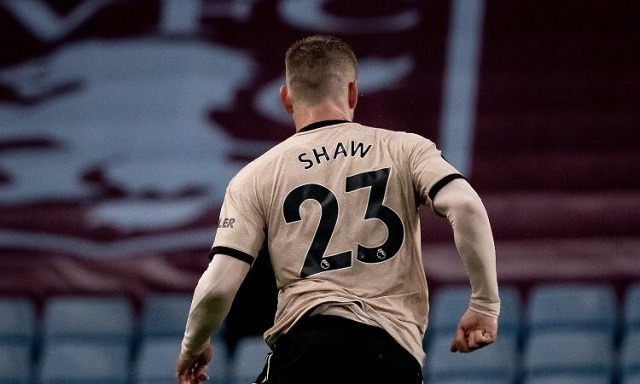 Manchester United have a quick turnaround from Monday’s 2-2 draw against Southampton as we face Crystal Palace at Selhurst Park on Thursday, three days before facing Chelsea in the FA Cup semi-finals.

The draw last time out saw us miss out on the opportunity to move into the top four and we have now fallen four points behind Chelsea in third following their 1-0 win at home to Norwich City yesterday.

Anything less than three points in Southeast London this week would almost certainly leave us battling it out with Leicester City for the final Champions League place. The Foxes host Sheffield United two hours before we kickoff on Thursday, and their penultimate game is away to Jose Mourinho’s Tottenham Hotspur, before hosting us on the final day.

Prior to facing Crystal Palace, Ole Gunnar Solskjaer has spoken to the media this morning and given a team news and injury update.

The boss has said he will give Luke Shaw and Brandon Williams as much time as possible to recover from their injuries picked up against the Saints at the start of the week.

Luke Shaw had started all six of our Premier League games since the restart but limped off in the final 20 minutes with an apparent twisted ankle versus his former club.

“Luke has got a swollen ankle, so hopefully I’ll give him as much time as possible to recover – it was a twist on his ankle.”

Luke Shaw’s replacement against Southampton was youngster Brandon Williams. However, the teenager couldn’t complete the game either as he walked off with an eye injury heading into stoppage time. We finished the game with 10 men.

Although neither left-back has trained since picking up their injuries, the boss hinted this morning that Brandon Williams could still be face Crystal Palace, saying:

“Brandon’s eye, he cut up his eye there, so I don’t really know. We’ve not trained this morning, none of them trained yesterday, so they were both swollen and I’ll give them as much time as possible to get ready.”

Should neither Luke Shaw nor Brandon Williams recover in time for the trip down south then we could see Diogo Dalot make his first Premier League start since October. The Portuguese defender is predominantly a right-back but has played on the left-hand side of defence on occasion for both us and FC Porto previously.

We are already without defenders Axel Tuanzebe and Phil Jones, with the former not likely to return until September.