While defenders rarely receive the same attention as their attacking counterparts, there are a handful who do. After all, without a solid basis, a team would struggle to stay afloat. Here are my current top six center-backs (CBs) in the world.

Before you begin, keep in mind that lists like this are based on a variety of factors, many of which are unquantifiable. Most of these entries may reflect my subjectivity, which means you may agree with some, but not all, of my points. In any case, we'd be delighted to hear from you!

So, let's get started. 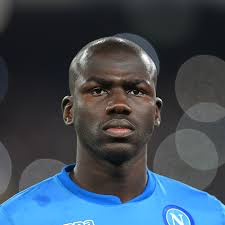 Senegal is a country in West Africa.

Napoli is his current club (Serie A TIM)

Koulibaly may be a late bloomer, but his stock rises with his age. By the end of the season, the Senegalese international will be a football veteran, but he will have no fewer suitors than he has now.

Kalidou koulibaly, like Virgil van Dijk, is a calm but deadly operator. Koulibaly would have easily broken the transfer record for a defender if it weren't for his age. He's positionally astute, surprisingly quick, and has an eye for a pass. It's unlikely right now, but credit to Napoli for clinging to such a possibility for so long. 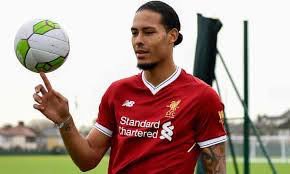 The Netherlands is a country in Europe.

Van Dijk's £75 million move from Southampton to Liverpool took place three years ago. The move was mocked at the time. It is currently considered a steal.

Even the most hopeful Liverpool fans could not have predicted Virgil van Dijk's smooth integration into the Liverpool back line. In a matter of days, a disorganized defense was streamlined. VVD immediately laid the foundation for Liverpool's run to the 2018 Champions League final, a feat they would repeat a year later.

On the field, Virgil is known for his calm, uninhibited demeanor. His job title 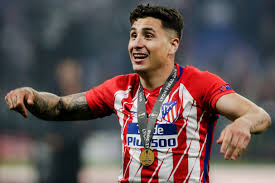 Uruguay is a country in South America.

Giménez, like koulibaly is a player who has steadily progressed over time and established himself in his club's defense. Giménez was bought for €900,000 from Uruguayan club Danubio in 2013, and learned his trade with compatriot Diego Godn before taking over the backline leadership after Godn's departure in 2019.

The 26-year-old, along with fellow defenders Stefan Savic, Mario Hermoso, and Felipe, is presently leading Diego Simeone's LaLiga title charge, with Atlético Madrid ten points clear of both Real Madrid and Barcelona, having conceded only ten goals so far this season. 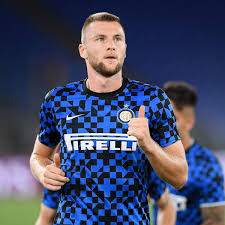 Slovakia is a country in Europe.

Inter Milan is his current club (Serie A TIM)

The Slovakian international is one of the most in-demand and dependable defenders in the world. His physicality and positional understanding saw him progressively move towards the rear of the formation after beginning his career as a striker.

he is regarded as a defender of an old-school mold who is ready to succeed in today's game. He's strong in the air, can clear the ball swiftly, and has a superb sense that allows him to avoid relying too heavily on sprinting. He's presently a member of Antonio Conte's powerful backline, but it wouldn't surprise me if he left for greater pastures in the near future. 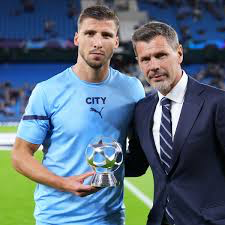 Portugal is a country in Europe.

The value of Rúben Dias to Man City cannot be overstated. The Portuguese international joined City for £62 million from Benfica last summer, shortly after the club was defeated 5-2 by Leicester City. Since then, Dias has aided in the transformation of the City defense into a fortress.

Man City has by far the best defense in the Premier League, conceding only 13 goals thus far. Dias has not only established himself as Pep's first-choice defender, but he has also demonstrated excellent leadership characteristics, which have been lacking since Vincent Kompany's departure. He has aided in the resurgence of John Stones' career. 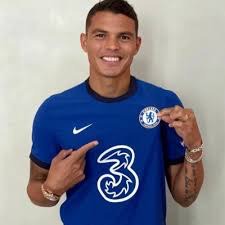 When Thiago Silva joined Chelsea last summer, his credentials were heavily questioned. Despite a catastrophic debut against West Brom, he has integrated into the team easily, overcoming his age and skeptics. He may not be as swift as before, but his experience and positional sense ensure that he scarcely breaks a sweat for the entire 90 minutes.

Silva's European career took off after he joined AC Milan at the age of 24 in 2009. During his time with PSG and the Brazil national team, he has established himself as a true leader in the defense.

Do you agree with the items on this list? Who would you want in your top six?