By Chygozzz (self media writer) | 2 months ago 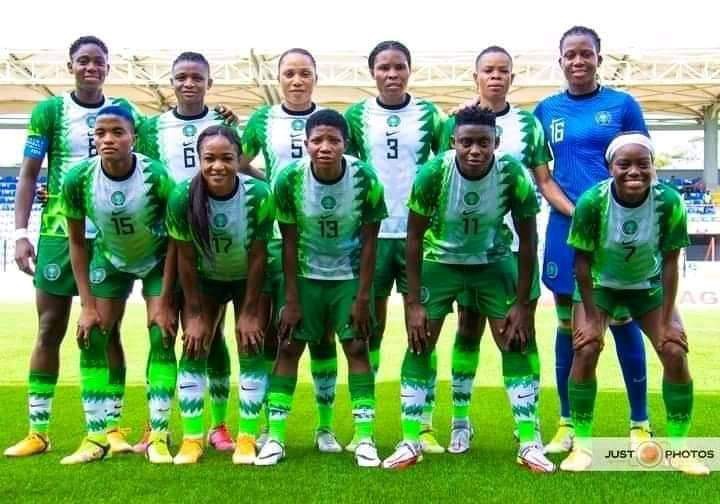 The Super Falcons pursuit was given a face lift in Lagos, Nigeria last week, Super Falcons Swedish based striker, Uchenna Grace Kanu, brace was all the team needed to cruise pass it's opponents in Lagos.

Ahead of the return fixture in Ghana, Stars studded Super Falcons who still basking in the euphoria of their big win in Lagos landed in Accra with the aim of completing a double over it's opponents.

The Ghanaian Women National team returned to the drawing board aftermath of it's defeat in Lagos as they ambushed the Super Falcons with th aim of reclaiming the lost points in Lagos.

The fixture lived up to it's billing as the two African Women 'Heavy Weight' huffed and puffed at one another till the blast of the half time whistle with nothing to seperate the two side.

On return for the second half, more determined Black queen's of Ghana side got a well deserved lead with just 10mins left to play in normal game duration.

It was all a ding dong affair till the referee blew the final whistle to bring the proceedings to an end, with the Nigeria Women National team having an edge in aggregate following it's (2-0) win in Lagos.

However, regardless the defeat in Ghana, the Super Falcons still managed to narrowly progress to the final qualifying round courtesy of its (2-0) victory in Lagos in the first leg.

As the quest for a slot in the Women AFCON continues, the Super Falcons of Nigeria will take on the Ivorian Women National team in a double header in February 2022