After Iheanacho's brace against West Ham, the Nigeria International has now equalled this record

By Ola_kenny (self meida writer) | 1 months

The Nigeria International found the net twice in Leicester city's defeat to West Ham on Sunday. The former Manchester City front man has been on fire in the last couple of games and continues his goal scoring run with a brace against the Hammers. 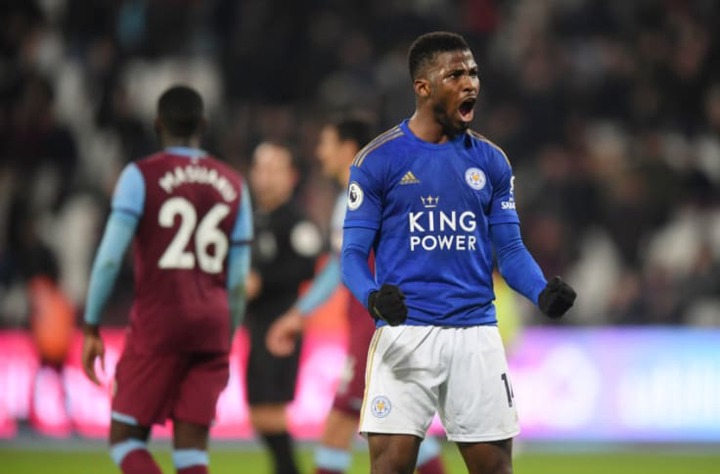 The Leicester City's star smashed a cracking effort from 25 yards in the 70th minute after picking up the ball from Pereira on the edge of the box, before completing his brace in the 90th minutes after scoring from 8 yards following a cross from substitute, Marc Albrighton. 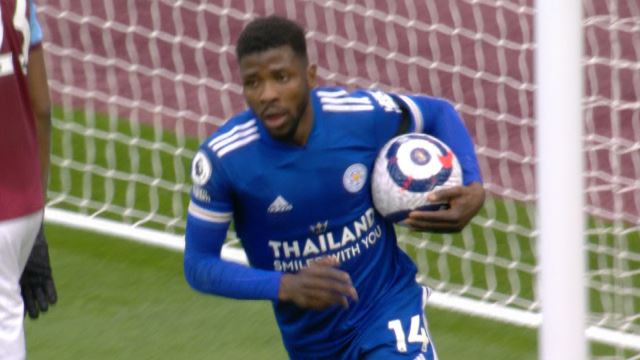 Kelechi Iheanacho with his brace against the hammers has scored six goals in his last five premier league matches, as many as he managed in his previous 57 games, and has scored a total of 8 premier league goals this season, becoming Leicester joint top goal scorer with the mercurial Jamie Vardy. 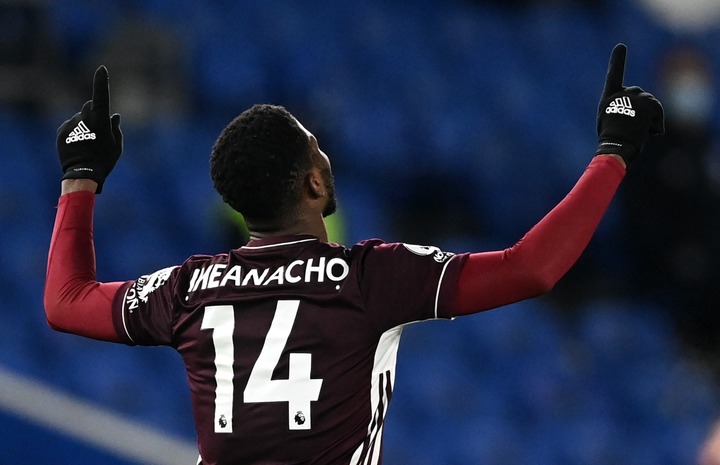 Iheanacho has now recorded 14 goals in all competition this season for the foxes, equaling his best goal-scoring campaign, having scored 14 goals for Manchester City in 2015/2016 season.

Check Out Edouard Mendy's Position On The Clean Sheet Chart

Check out Kevin De Bruyne position on the EPL top assist chart ahead of their game against Brighton.

See Photos Showing How Asisat Oshoala Has Transformed Over The Years