LALIGA: 4 Ways Ronald Koeman Could Setup His Front-three In The 2021-2022 Season

Barcelona continue to dazzle remarkably in their pre-season, as they comfortably put three goals past Stuttgart on Saturday. Apparently, all of Ronald Koeman's players dazzled brilliantly, as they didn't really miss Lionel Messi's creativity in the team. Without a doubt, the Blaugranas have got the ability and capability to go far in all competitions, in the 2021-2022 season. Having watched their performance against the Bundesliga side, it was crystal clear that the Argentine would play amazingly well in the next campaign, because of the arrival of some brilliant and talented players around him.

Meanwhile, in order to perform amazingly and outstandingly next season, there are four ways Ronald Koeman can setup his front-three so as to outshine his major competitors in LaLiga. Of course, the Dutch manager is tactical and wise enough to stay unbeaten, especially against the likes of Real Madrid, Atletico Madrid, Sevilla and others. 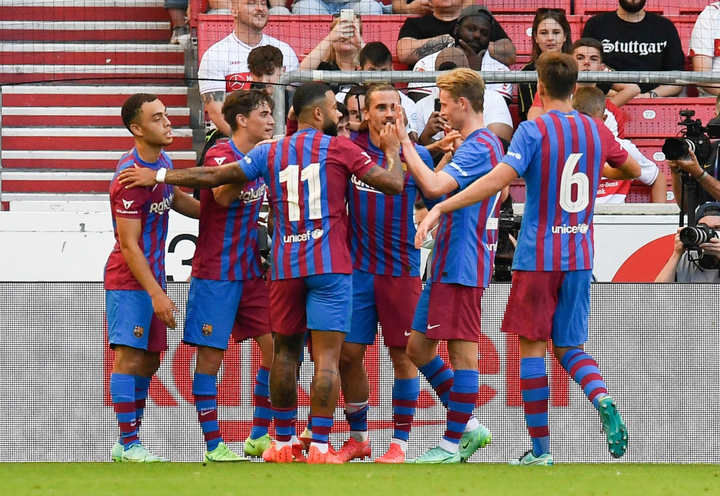 Actually, Antonie Griezmann may later leave Camp Nou this summer transfer window, as the likes of Manchester City and Chelsea are linked with him. As a result of that, there's no point including him in the frontline. In other words, here are the four options that the Barcelona's gaffer could use to lineup his attacking line ahead of this coming season.

Of course, the left-wing will be very competitive at Camp Nou with many elite-wingers from that position, but it's good for players rotation in the team. However, the above setup can still play LaLiga matches, like against Granada, Osasuna, Eibar, Real Sociedad and others. As a result, the Spanish youngster drives from the left-wing, the Dutchman as a striker based on his versatility, and the Barcelona's captain dribbles from the right-wing. Without a doubt, Fati is potentially talented, so he can use his skills to make way for himself inside the opponent's box, having watched his display before he was injured last year. Without being sentimental, this exact front-three should be Ronald Koeman's starting XI next campaign, because it entails brilliant, talented and reliable players. Having said that, all the three players play from their usual positions. The former Manchester City footballer dazzles as a No.9, the 6th Ballon d'Or winner from the right-spot and Koeman's favorite from the other wing. Memphis Depay will definitely improve Barcelona's attack rate, based on his performance against Stuttgart on Saturday as he enjoyed scoring goals with swag. Therefore, the Blaugranas have got enough reinforcements to face any team in Europe's top-5 leagues. 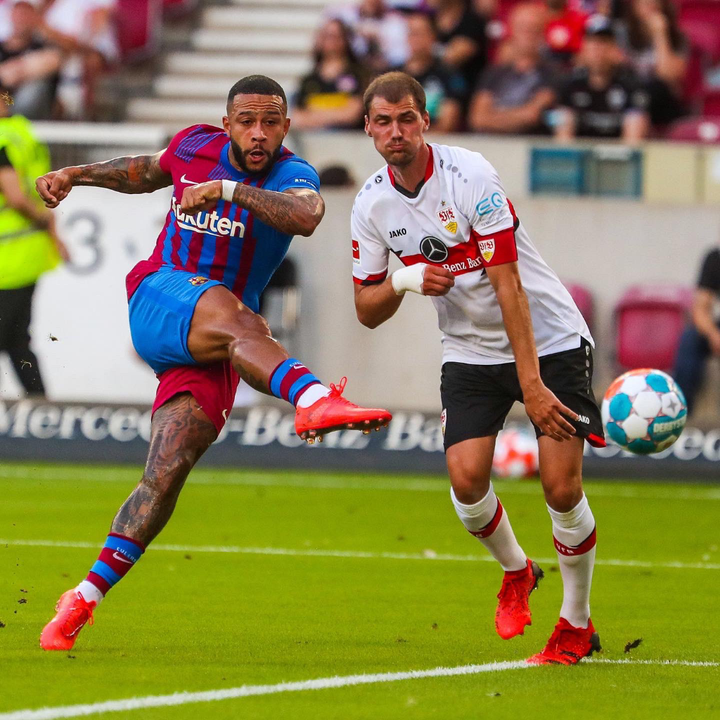 Sergio Agüero is somehow an injury-prone player, so he may not be able to play throughout the 2021-2022 season without getting injured. With that being said, the Catalans captain plays a striking role, having played the role many times last campaign. Actually, his combination with the Netherlands international will be superb, because they are both creative in terms of frustrating the opposing team. Obviously, Barcelona have many options in the front and it will help the manager's formation, as he's enamored with the attacking style of play. Aside from that, the Frenchman will attack from the right-wing with his cutting, nutmeg and dribbling skills, he's dependable when he's injury-free. In the absence of Depay, this front-three is able and capable of playing in competitions like the Copa del Rey and the Spanish Super Cup. Of course, the team can not miss the Dutchman's presence in the squad, as they already have the Argentine in the front. The two Argentina players have played together many times, so they know how to work hand-in-hand. Therefore, the young Spanish anchors the left role, with Aguero as a central-forward and Messi on the right. Apparently, the striker is indeed a standard and complete No.9, who dwells on positioning and finishing. Thus, this is another dangerous front setup for Barcelona and Ronald Koeman in 2021-2022. Which one of these frontlines do you want at Barcelona next season?