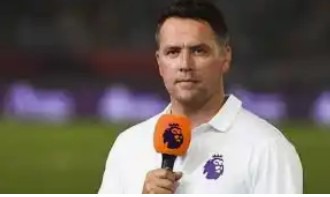 This Thursday at the Neftyanik stadium in Ufa, the local team of the same name will challenge Lokomotiv for the title of the strongest in the 23rd round of the Premier League. After the winter break, future rivals show diametrically opposite football, bringing the same outcomes.

Ufa residents in a beautiful style dealt with the Urals and blazed their way to the 1/4 finals of the Russian Cup, although in the championship everything is far from rosy: in 3 meetings they managed to add only 1 point to the the relegation zone on the eve of the reporting match is not a huge surprise.

Ufa is not the most pleasant enemy for Lokomotiv: since the “citizens” entered the Premier League, “railroad workers” have never been able to defeat them twice during a single season, while only one victoria (in 2015) turned out confident.

Statistics on-site Loko is not happy, but, as you know, sooner or later any series ends. Taking into account the fact that Muscovites in 3 matches after the resumption of the championship won confident victories with a total score of 8: 1 (plus they won the cup 3: 0), without much agony, we can assume that the visiting club will be stronger in Ufa on Thursday, even if even the owners, who really need glasses, will put up serious resistance. Thus, having won, Lokomotiv will be able to boast that it will finally beat Ufa twice in a season.

Explaining Arsenal’s latest use of 4-3-3 formation

MIXED REACTIONS as FIFA and UEFA sets to ban Man United, Barca, Madrid and others from playing UCL.

Chelsea vs Brighton: Possible Line Up, Match Preview, and Prediction

Chelsea Could Swoop For 25 Year Old Bayern Munich Center Back