“I am so sorry“ - Arsenal's Tierney tells fans

By Jimemmanuell (self media writer) | 1 year ago

Arsenal's Scottish defender, Kieran Tierney has quickly apologized for his gesture after the match against Manchester City last night, after a picture of him putting his middle finger up was posted online. While trying to amend what he did, he stressed that he meant no offense at all. 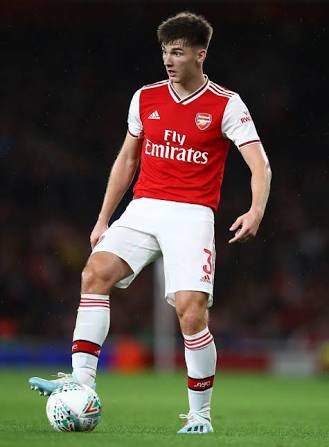 The picture was posted online after Arsenals 2-0 victory over Manchester City in the FA Cup semifinals last night. Although the picture was deleted already, fans on Twitter were quick to spot out Tierney's gesture. 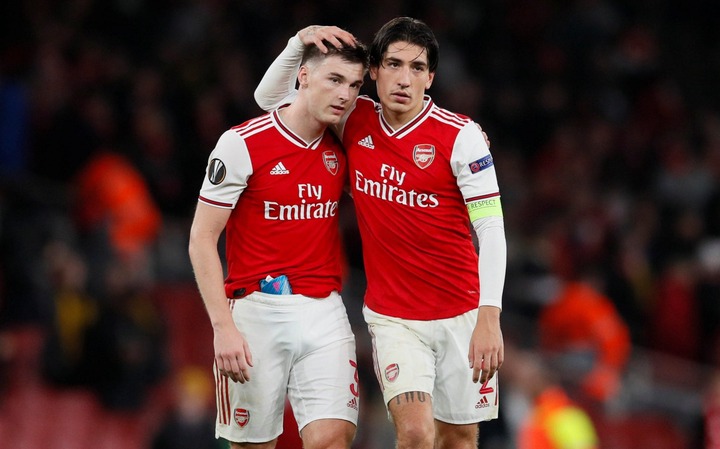 The defender has been a regular in Arteta's team lately, after struggling with injuries for several months since he joined the Gunners from Scottish champions Celtic. Seeing that his joke didn't go down well with some fans, he was quick to apologize.

He said: “I am so sorry if I offended anyone with it, I didn't mean it that way. It was just a joke with the kitman.” 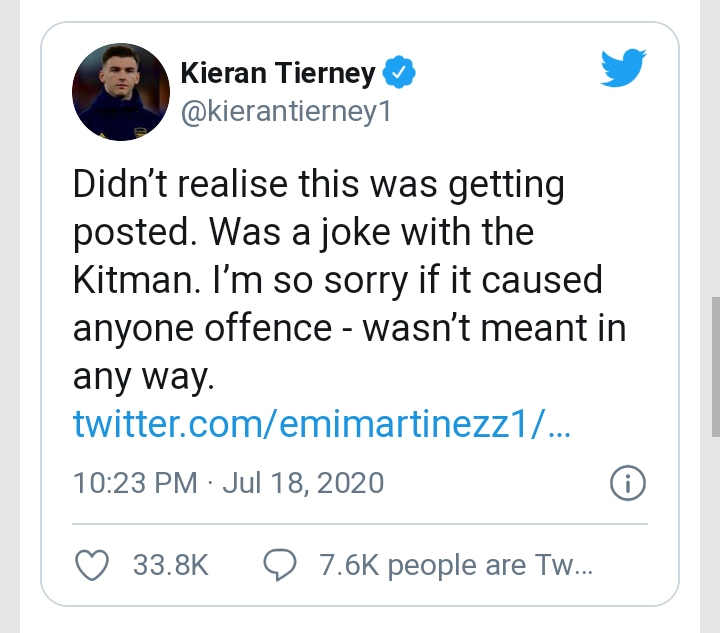 On a brighter note for the defender, most fans were not bothered about his gesture, with a fan struggling with cancer seeing the brighter side of the gesture.

Tierney quickly acknowledged the fan. While promising to send him his Arsenal jersey worn in the club's victory over Manchester City last night, Tierney urged him to keep fighting. Content created and supplied by: Jimemmanuell (via Opera News )