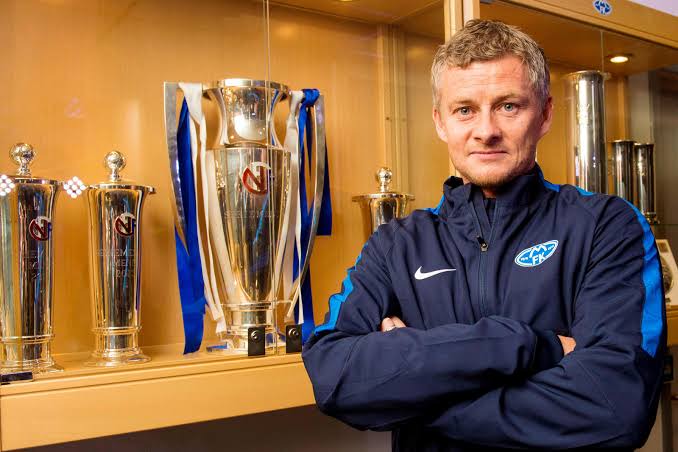 Manchester United has improved appreciably since Ole Gunnar Solskjaer took over the team but is Solskjaer the right man to take Manchester United back to the glory days or is he in fact standing in Man United's way after helping them so much? Here are a few things to consider.

THE STIFF COMPETITION IN THE PREMIER LEAGUE.

First, with billionaires taking over various clubs in the English Premier League, clubs finishing in the top four positions in the Premier League has now become a tall order. Chelsea has become extremely successful since Abramovic bought the club. Similarly, Manchester City is experiencing the same success since being bought by the Abu Dhabi Group.

It is not just the injection of hundreds of millions of pounds sterling but also the engagement of seasoned and world class coaches. For Chelsea, we have Thomas Tuchel and for Manchester City, we have Pep Guardiola. Even Liverpool which has experienced an undeniable resurgence in recent years has the competence of coach Jurgen Klopp to thank for their recent trophies.

Ole Gunnar Solskjaer is by no means in the same class as the trio mentioned. He hasn't had a wonderful track record as a coach either as far as the Premier League is concerned. For example, in 2014, he served as the manager of Cardiff City, during which time the club was relegated from the Premier League.

Someone may argue that in Norway, Solskjaer coached his boyhood Cup, Molde and led them to the first two Tippeligaen titles in their history. This he did in his first two seasons as manager of the club. He went on to secure a third title in as many seasons, when his team won the 2013 Norwegian Football Final Cup. The argument though is that succeeding in the Premier League is another kettle of fish altogether.

OLE HAS STAYED LONGER THAN ALL OF ALEX FERGUSON'S SUCCESSORS WITH NOTHING TO SHOW FOR IT.

Ole Gunnar Solskjaer hasn't won anything after spending the longest time of any coach that has managed Manchester United since Alex Ferguson. David Moyes was handed a six-year contract when he was appointed Manchester United manager in the summer of 2013, but less than 10 months into the job he was shown the door on April 22, 2014. He won nothing for the club.

Similarly, Luis Van Gaal who succeeded Moyes was sacked after two years inspite of winning the FA Cup. Then Jose Mourinho was appointed in 2016. In his first season in charge, the club won the Community Shield, the League Cup and the UEFA Europa League. He was sacked in December 2018 at which time Ole Gunnar Solskjaer was brought in.

OLE HAS HAD MANY MISSED OPPORTUNITIES

Ole Gunnar Solskjaer's has spent nearly three years in Manchester United but he is yet to deliver his first silverware. Not that he hadn't had the opportunity of doing so but due to lack of depth in tactics and managerial skills he has lost up to four semifinals and one final. Last season, the Norwegian threw away a golden opportunity of winning the Premiership ahead of Manchester City.

It was nightmarish for fans who had dared to start dreaming again. Some now argue that Ole Gunnar Solskjaer has contributed his quota for Manchester United and someone else must be allowed to build on the foundation he was able to lay over the past three years.

A SAD BUT INEVITABLE CONCLUSION

Three years is certainly a long time for any coach that is worth the name to prove himself so we must conclude that Ole cannot take Manchester United to the "Promised Land". This is not saying he hasn't done a lot for the club but for a club that is used to winning laurels every season, Solskjaer is not the man for the job.