The Premier League campaign continues today as Liverpool welcome Aston Villa to Anfied stadium this afternoon after beating Arsenal in their last game with 3-0.

The Red was handed a lesson against Real Marid in thier UEFA Champions league games as Jurgen Klopp did two changes in today squad. Alisson continue to remain in goal as Roberto Firmino was recall back to starting line up whereby Mane is in bench. 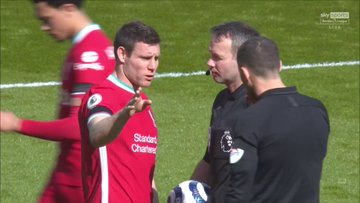 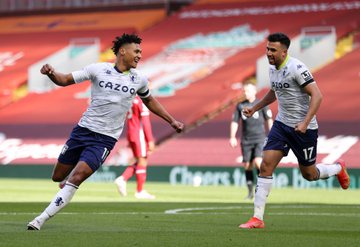 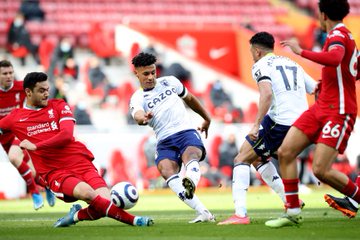 During First half which ends 1-0, Liverpool was ruled out by VAR whereby some Liverpool fans are unhappy with the way Gini Wijnaldum played on the field. 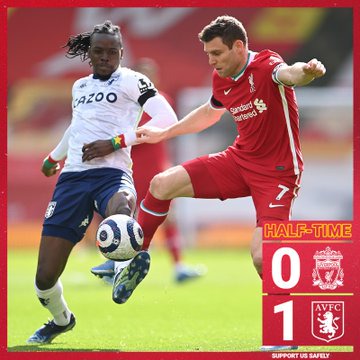 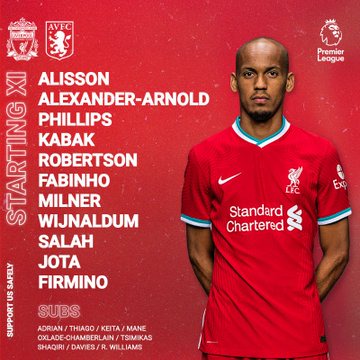 See reactions of fans below.

- Its a bit of a joke that our most creative midfield player on the pitch is our holding midfielder. Milner and wijnaldum offer nothing in terms of creativity. You can't play both together imo.

- Why do we even want Wijnaldum to sign an extension at this point? He clearly just runs and gives 3 yard passes all over the pitch.

- Wijnaldum has zero creativity just back passing, he should start for our game again.

- Wijnaldum is the slowest, least progressive player in possession I’ve ever seen. We can’t be this safe when needing wins.

- You have to wonder if Wijnaldum is intentionally sabotaging our season because he knows he’s leaving.

- Wijnaldum is carrying on from wednesday, no idea what to do so passes the ball backwards, gert him off and Thiago on

- Wijnaldum genuinely has no attacking spirit, just get out of that pitch now.

- Not gonna get any creativity a midfield of Wijnaldum and Milner. will have to be a a piece of magic from front 3 or set piece to score.

- Get Wijnaldum off the pitch and bring in Keita.

- To be frank, Wijnaldum is a flop player, Killing us in that midfield.

- Why does wijnaldum run forward like gullit then turn around and pass backwards.

- Thiago was never the problem in slowing play down. It’s wijnaldum. Guy needs a million touches and passes backwards!

- Thought he was going round keeper. Watching this and my eyes are hurting how much wijnaldum turns back! Even when we have momentum. that midfield needs to change not the front. 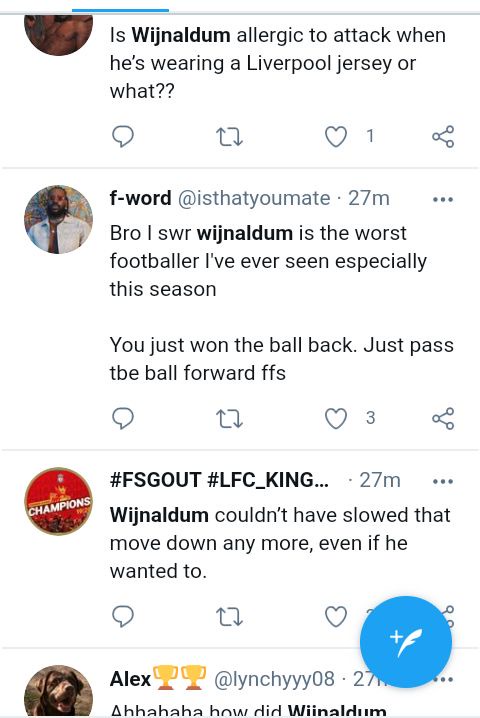 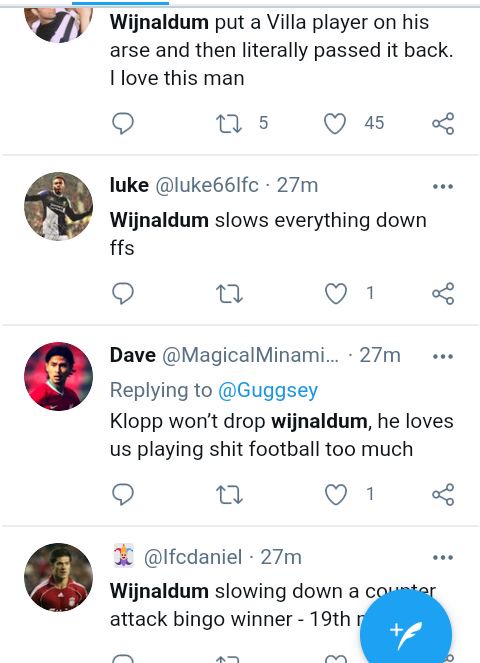 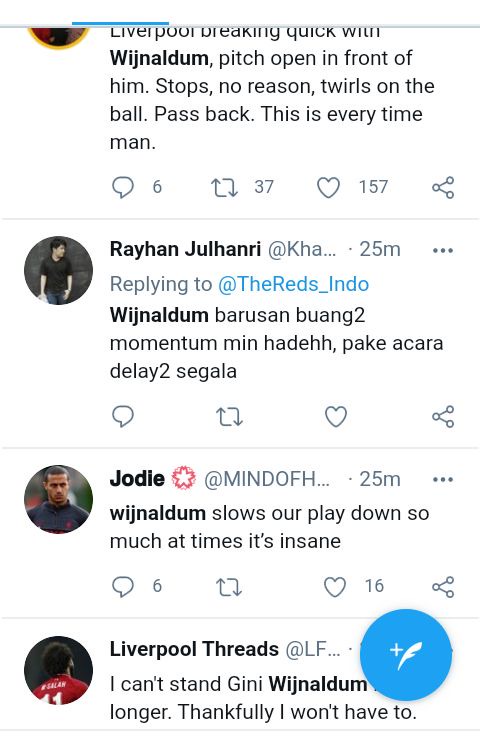 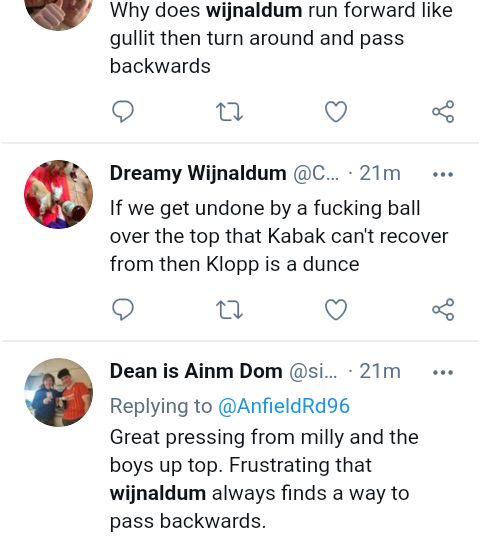 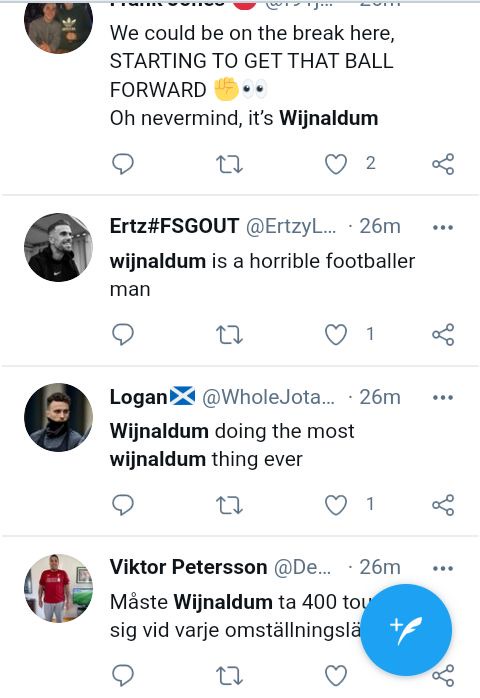 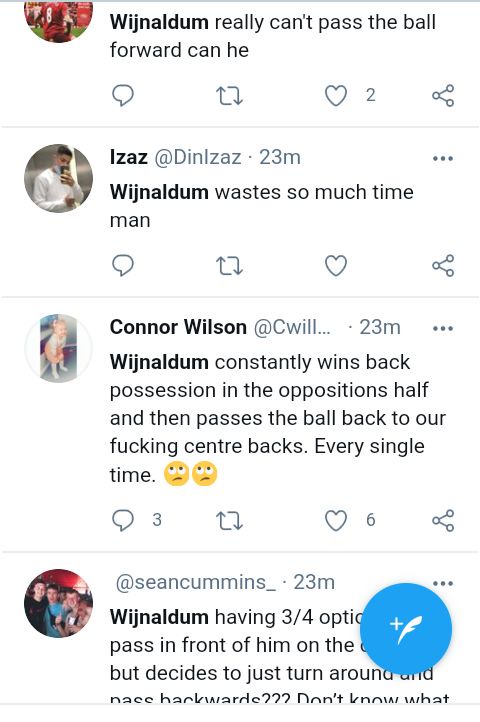 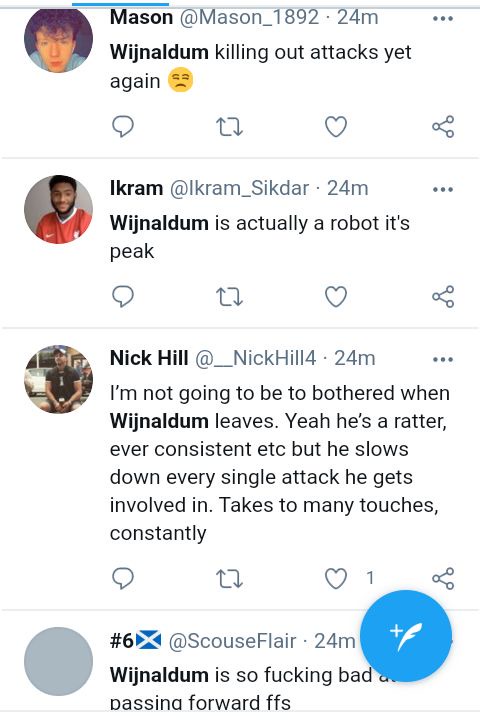 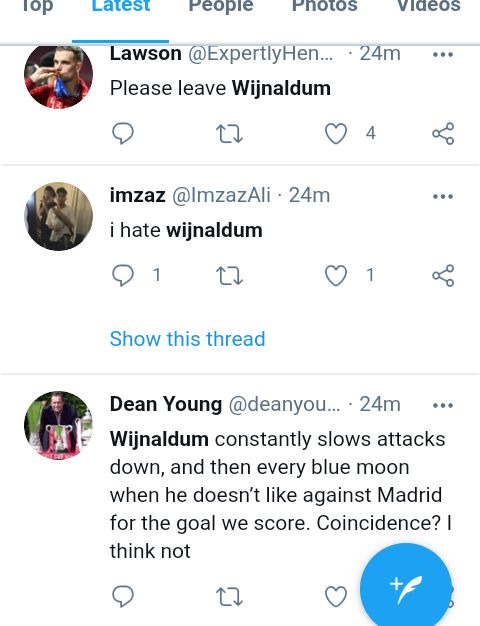 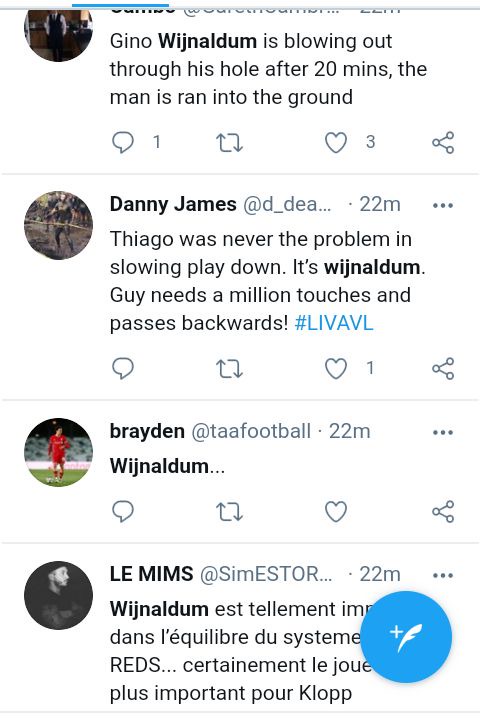 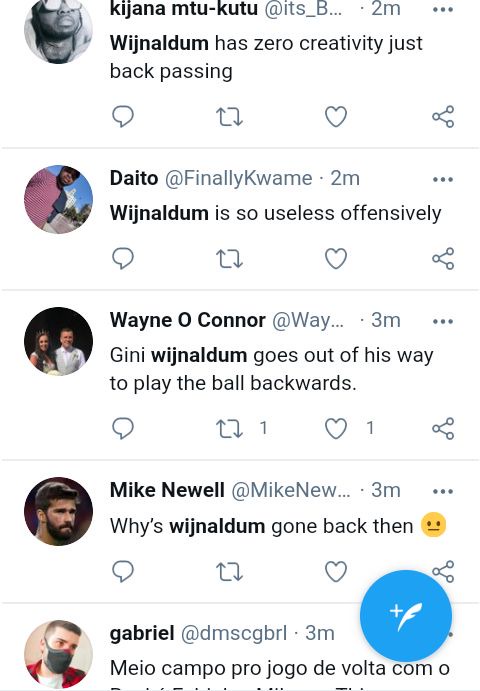