The UCL 2021/22 season has some tough groups that could see some top teams battle it till the last match to decide who qualify from the group stage. Some top teams have failed to win a match after matchday 2, such teams must win their next three matches to have the chance of advancing to the next stage. 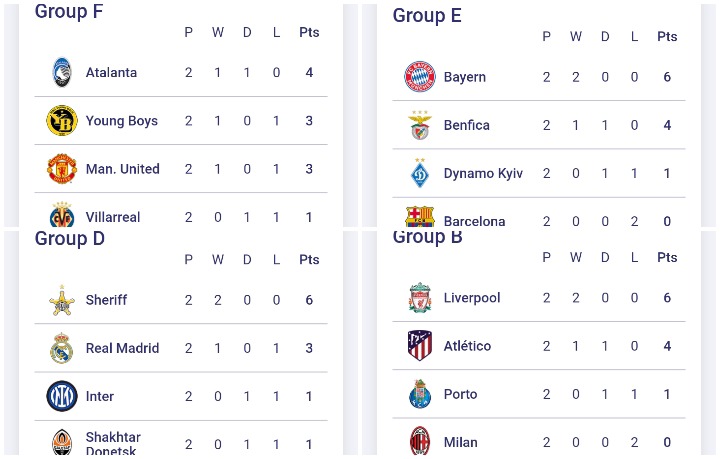 Liverpool tops the UCL group B table after defeating AC Milan and FC Porto in their first two matches. Atletico Madrid have 4 points after playing a draw with Porto and a win over AC Milan. 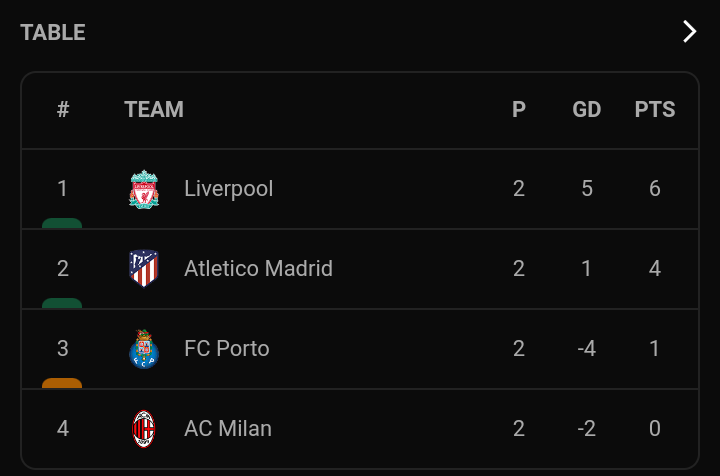 AC Milan are the unlucky team in this group so far, but things could turn around for the Italian giants in the upcoming games. If Milan wins their next two or three matches, the teams that will qualify from this group could be decided on the last match.

FC Sheriff appears to be the front runner in this group after a shocking 2-1 victory over Real Madrid in their last match. Sheriff have 2 wins with 6 points in this group and maintain the top spot at the moment. 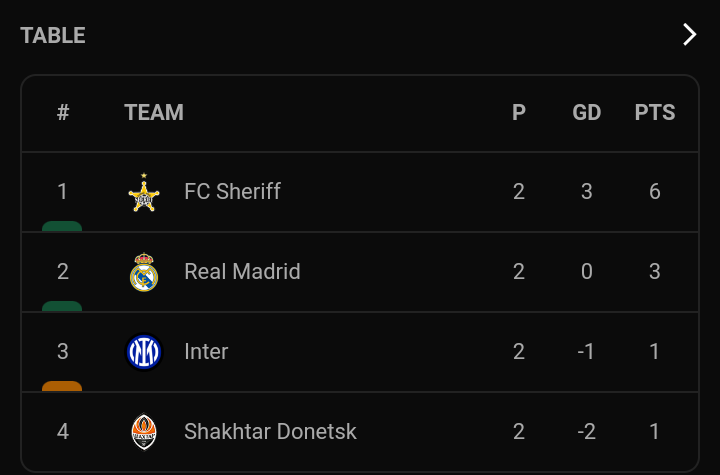 If Sheriff could maintain the form of their first two matches, then Real Madrid and Inter Milan would be left battling for the second position even on the last match of the group stage.

Bayern Munich are the only team with the full hope of qualifying from this group. Benfica sits in the second position with 4 points while Barcelona are yet to secure a point from two matches. 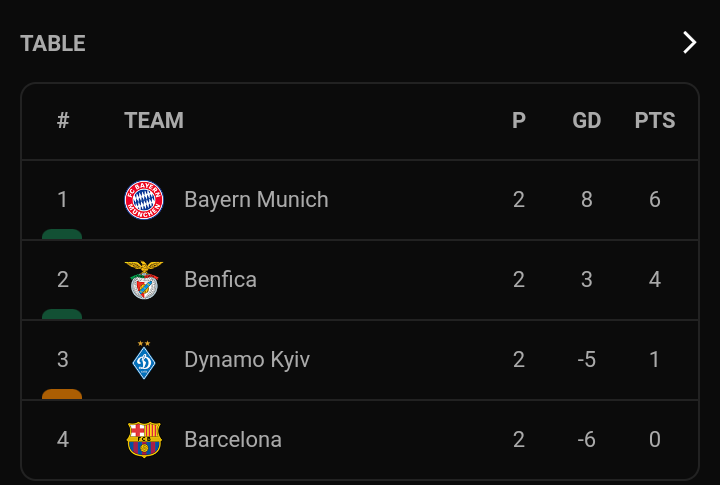 If Barcelona could win Dynamo Kyiv on Wednesday night, and probably do the same in their next game after this, the Catalan would challenge Benfica for the runner up of Group E.

Manchester United with 3 points will face table leaders Atalanta who has 4 points from two matches. Young Boys that have 3 points will also face Villarreal who have just a point. 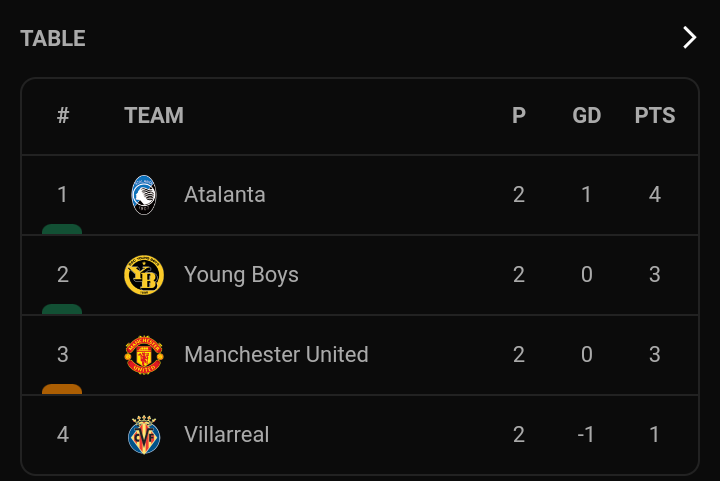 This group could be the toughest as the teams may be sharing the points until the last match of the group stage. Manchester United who are expected to be the stronger team in this group looks shaky after their poor performance in recent games.