By Malikings (self meida writer) | 18 days 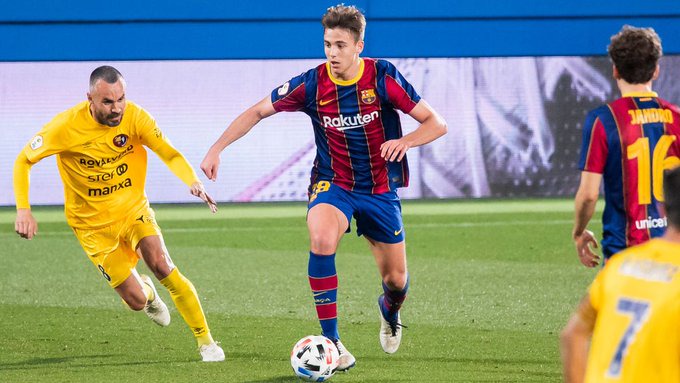 Nico Gonzalez has now become the potential replacement for Sergio busquets in the Barcelona midfield. The young midfielder has been highly impressive in the Barcelona Academy. He is defensively good and has accurate passing abilities. 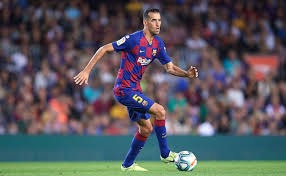 Sergio Busquets is one of the greatest defensive midfielders in the world winning various Laliga titles and also won the 2010 FIFA world cup with spain. Sergio Busquets alongside his Barcelona teammates Xavi and Andres iniesta were all part of the Spanish squad that won the world cup.

Segio Busquets is now at his peak in Barcelona and the club needs to replace him with another player before he retires from football. The replacement was Miralem pjanic but the former juventus playmaker has not been able to deliver as promised. He has been struggling with Barcelona since his arrival at the club. 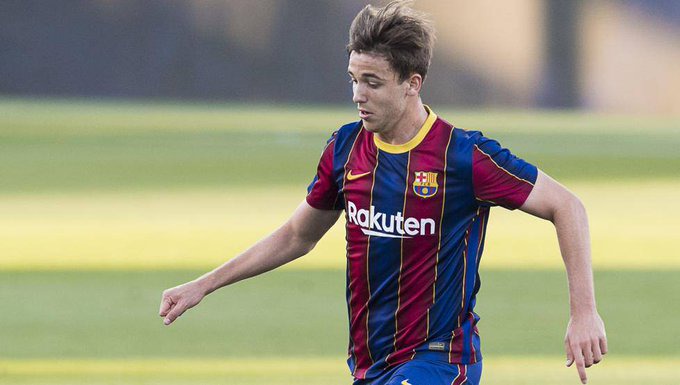 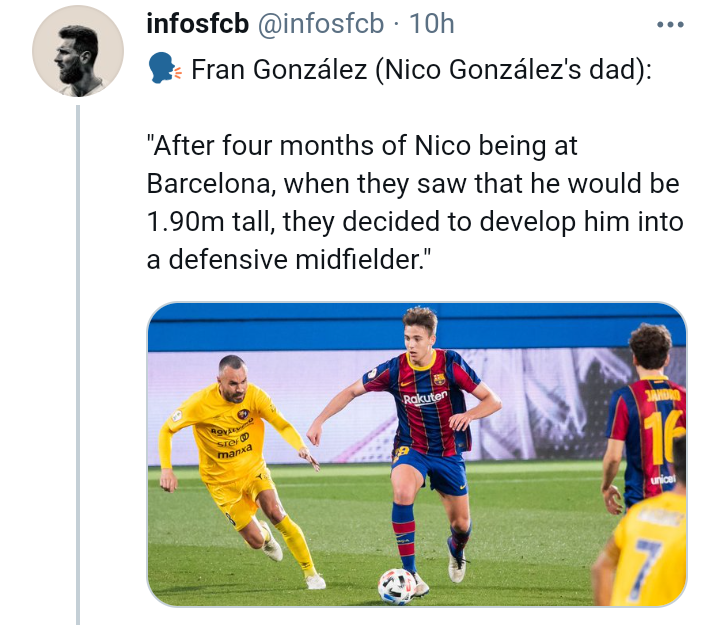 Nico Gonzalez father then revealed that after Barcelona saw that his son would later become a very tall player, they developed him into a defensive midfielder.

Reactions As Female Medical Doctor Graduates With Distinction In Medicine

Before You sleep, Ask God To Reverse Any Evil Arrow Against Your Life.