Chelsea Has Been Fined £25,000 For Violence Conduct In the Game Against Liverpool On August 28

Following the drama that occurred as Chelsea FC draw with Liverpool in their last EPL game, Chelsea has been fined by the Football Association after admitting that they failed to control their players in the game played on August 28. 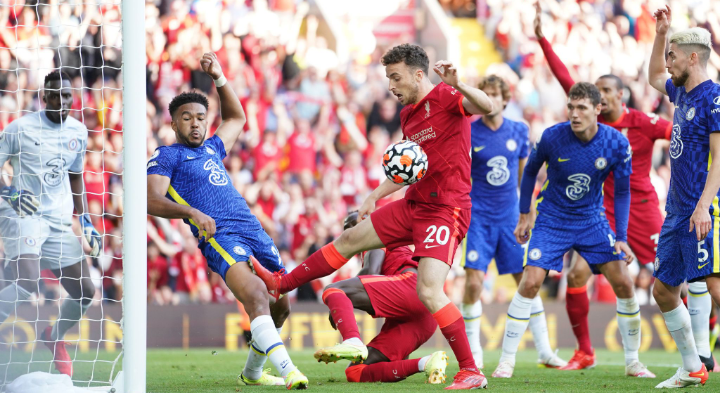 The English Football Association (FA) has fined Chelsea £25,000. This came after Chelsea players reacted in an unacceptable manner after the center referee for the game, Anthony Taylor, gave a red card to Reece James for handling the ball that would have been a goal.

The referee needed to watch the replay of the incident before giving a red card to Reece James, and the whole players rose to the occasion with complaints.

Liverpool's Mo Salah converted the penalty, after which another incident occurred between Édouard Mendy and Liverpool's Captain, Jordan Henderson. Mendy was to kick the ball out of the post, but mistakenly hit the ball to the captain. The players'reactions on the incident were also unacceptable, and Chelsea has admitted to that.

Check part of the official FA statement below,

"The club admitted failing to ensure that its players conducted themselves in an orderly fashion during both the 48th minute of the first half and following the half-time whistle".

Leave your thoughts on this article behind in the comments' section