After plying their trade and serving their country as football superstars. Check out some mansions owned by some ex Super Eagles' players.

Emmanuel Emenike who was the superb striker for the Super Eagles' squad that lifted the 2013 African cup of nation. But he had to quit the national team as he said he wanted to vacate the position for the youngsters to fill up. Check out his recently completed beautiful mansion at Owerri. 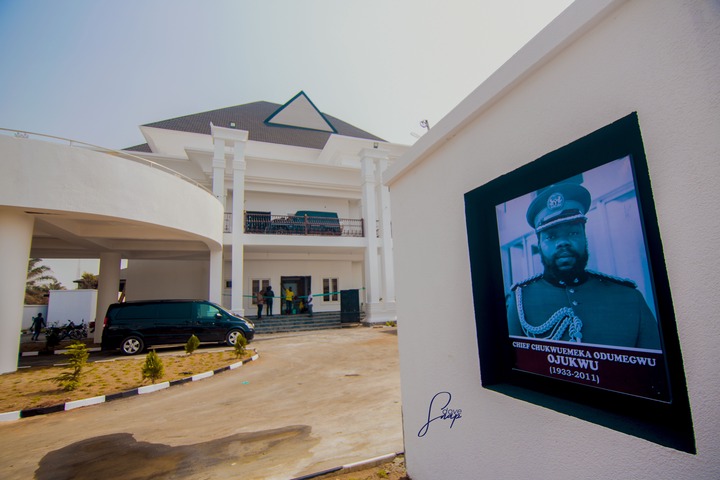 John Obi Mikel who was dubbed to become our next Jay Jay Okocha by the Nigerians, who was also among the Super Eagles' squad that won and brought the 2013 African cup of nations to Nigeria. He was also the National team Captain at Brazil 2014 and Russia 2018 World Cup and the just concluded African Cup of nations which saw the Super Eagles clintched unto the 3rd position when the tournament ended. He is currently plying his trade as a stoke city player in the English Championship. Check out his beautiful mansions.

Odion Ighalo who is currently back to Chinese Super League after his successful loan spell at Manchester United. He was also part of the squad that strive in the Brazil 2014 and Russia 2018 World Cup tournament. But he had to retire from the national team following the violent reaction of the fans toward him after he missed a one on one goal against Argentina at the Russia 2018. Check out his beautiful mansions.