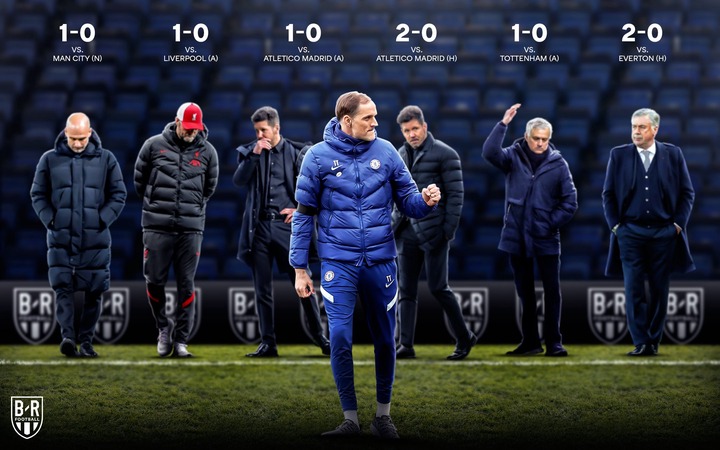 Since Thomas Tuchel joined Chelsea, he has only lost 2 games. His first loss was against West Brom in the Premier League where he had an embarrassing defeat conceding five goals in the game. His second loss was against the Portuguese side Porto in the Champions League quarter finals. He lost the game against Porto but still qualified to the Champions League Semi Finals from aggregate goals scored from the first and second legs.