By UniqueUpdatez (self media writer) | 29 days ago

The English Premier League returned back to action today and as such, a lot of actions were displayed. 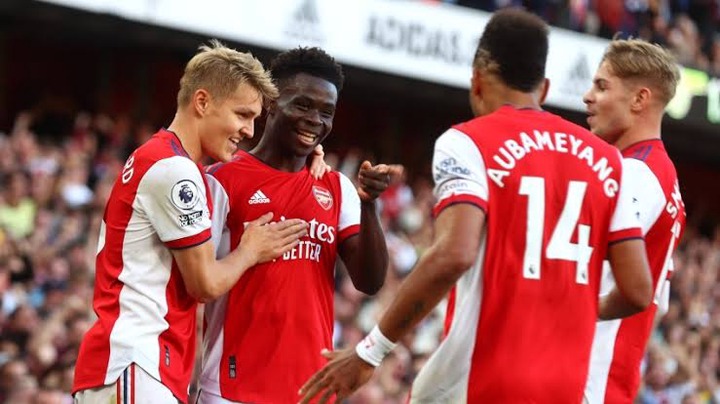 Arsenal were in action against Tottenham today at the Emirates Stadium. The game was tough, but Arsenal ran riot within the opening 30 minutes of the game. Three first half goals from Smith Rowe, Aubameyang and Saka were enough to give Arsenal three points as Son pulled one back for Tottenham in the latter minutes of the game. 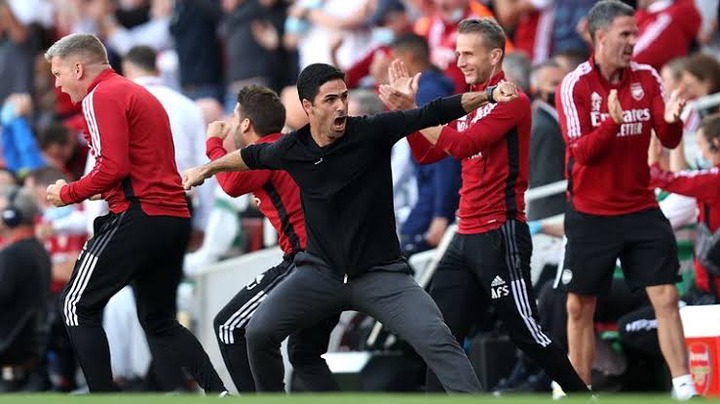 The first three games were a nightmare for Arsenal as they lost all three and conceded nine goals in the process. However, Arsenal has won all of their last three games (today game inclusive), and it seems as if Arteta has won the hearts of Arsenal fans. 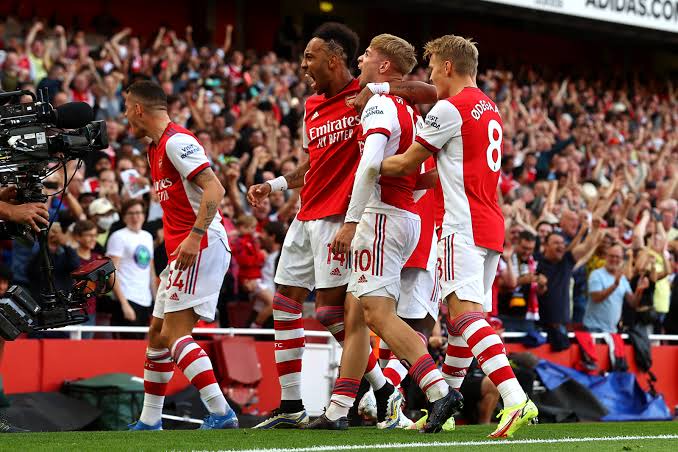 Towards the end of last season, Arsenal looked out of shape as a result of injuries to first team players like Thomas Partey..

A fully fit Partey is what Arsenal had rarely deployed since he arrived from Atletico Madrid. Furthermore, speculations whether Smith Rowe and Martin Ordegaard can play together was squashed this afternoon.

Today's North London derby went in favour of Arsenal due to their collective play in the opening thirty minutes of the game. Arsenal's goalkeeper, Aaron Ramsdale allowed Arsenal a better chance of beating the Spurs press with his composed passing from his box. 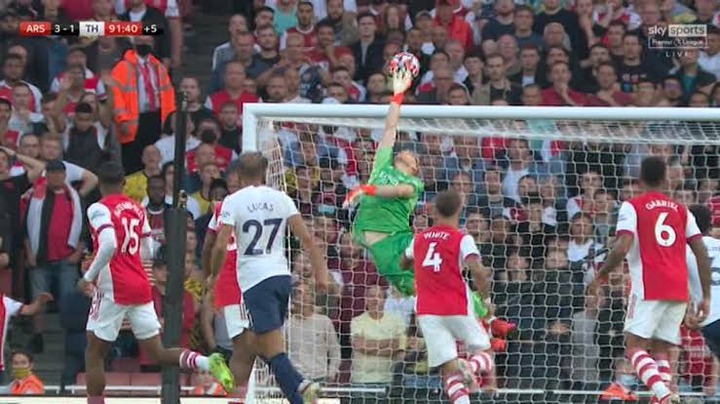 His skillset was very much on display for Arsenal’s second, as the 23-year-old played a dangerous pass into the feet of Granit Zhaka who sparked a stunning counter attack finished off by Pierre Emerick Aubameyang after Smith Rowe did a nice job down the left.

Nuno's decision to start Sanchez and Eric Dier over summer signings, Rondon and Romero was one of the major reason while they were clearly outsmarted in the opening thirty minutes.

Throughout the first half, Sanchez was overwhelmed by Aubameyang. Also, poor communication between Tottenham's defenders gave Smith Rowe the freedom to finish pass Hugo Lloris.

The duo were again caught unawares after they failed to spot Smith Rowe's run before Aubameyang lashed home the second of the game. 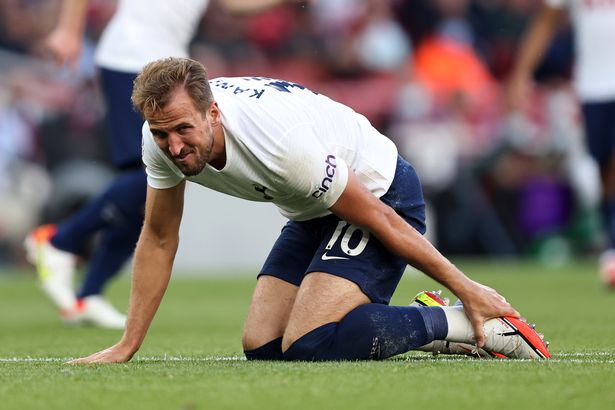 Harry Kane's poor form continued today as he failed to register more than two touches in the first 20 minutes of the game. Kane was instrumental for Arsenal in their third goal, he slipped while he was in the opposition half giving them the opportunity to start a counter attack. His attempt to stop the attack only resulted in an assist as Saka lashed home the third for Arsenal.

What do you have to say about today's encounter? Kindly click on the comments section and share your views with us.