The decision of the VAR and the Referee to give Italy captain a Red card in the first Semi final of the UEFA Nations League match have generated several reactions from the pundits and the fans. 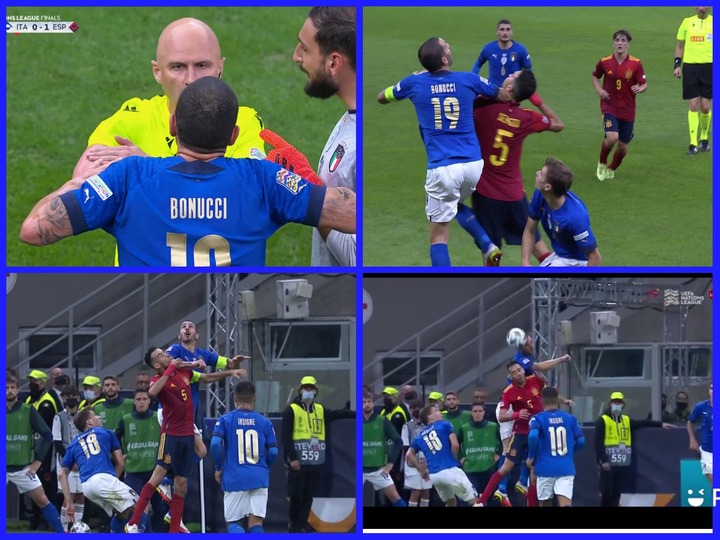 It was an entertaining first half performance from the two teams but Spain brilliant performance in the attack gave them the control of the game.

Both coaches started their strongest team in the game with the likes of Varetti, Jorginho, Koke, Rodri, Torres and Paul Torres leading both teams. Spain scored the opening goal of the match in the 17th minutes of the game through Manchester City striker Ferran Torres. It was a brilliant finish from the relented young star who gave his team the lead in the first 20 minutes. 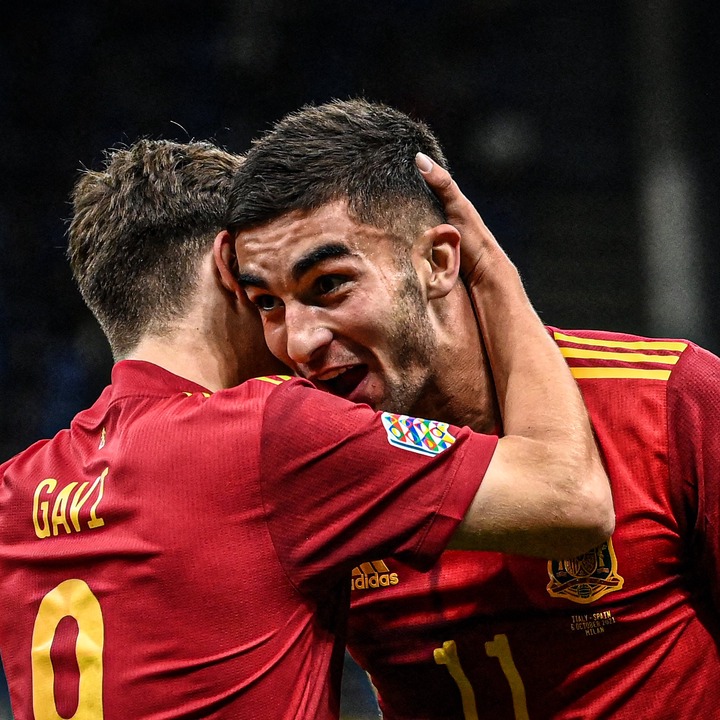 The Video Assistant Referee decision not to review the incident that happened between Bonucci and Sergio Busquets have created several reactions from football lovers. 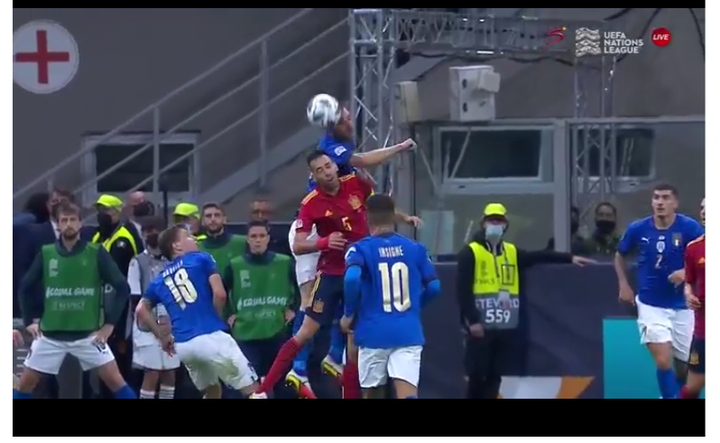 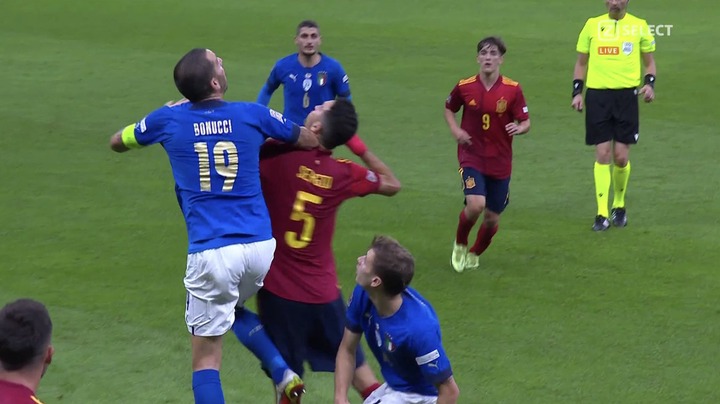 The Referee gave the Italy captain a second yellow card before giving him the Red card in the 42nd minutes of the game.

Bonucci and Busquets contested an arial ball but due to Bunucci's height, he accidentally hit Sergio Busquets when he was trying to land. 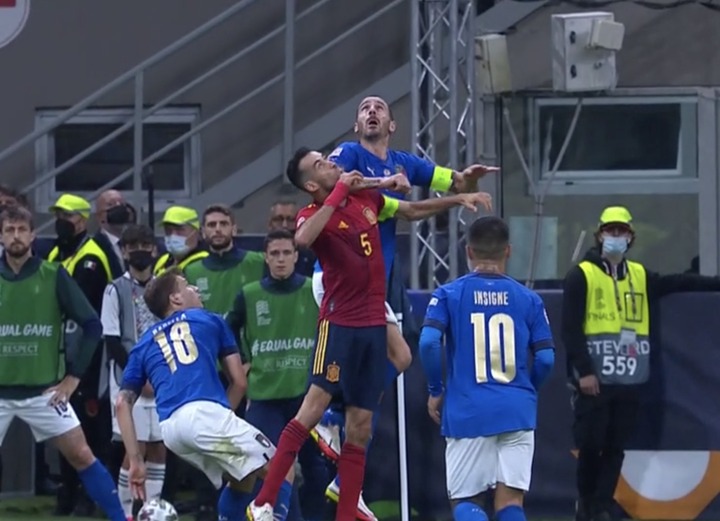 The VAR should have reviewed the incident because it was not an intentional foul and would not have gained balance without stretching his hands on the air.

Spain capitalized on Bonucci's Red card to score the second goal of the match through Ferran Torres in the 45+2 minutes of the game. It was a brilliant performance from Luis Enrique's team who showed character from the beginning of the match to the end.

With Spain dominace in the game, it will be difficult for Italy to get back into the game because Bonucci is a key players in the team.

Without the likes of Pedri and Dani Olmo, Spain was able to dominate the game from the beginning of the to the end.