By Sport_For_All (self meida writer) | 1 months 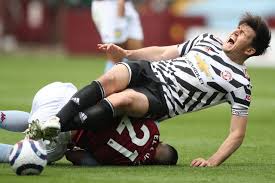 The England international sustained the damage against Aston Villa last weekend, and he is now on the sidelines.

In his press briefing earlier today, Solskjaer said that the centre-back will miss the remaining three games of the league season.

He added that the club captain could return for the Europa League final against Villarreal, but he was only hopeful over the same.

In the injury absence of Maguire, Eric Bailly is expected to partner Victor Lindelof at the heart of the defence.

The Red Devils host Liverpool in the Premier League tomorrow, and Solskjaer is expected to make as many as 10 changes.

He played a second-string side in the 2-1 defeat to Leicester City, and is expected to recall his regulars for the Reds clash. 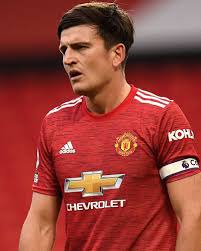 A victory tomorrow could end their rivals' prospects of qualifying for the Champions League via a top-four finish.

Content created and supplied by: Sport_For_All (via Opera News )

8 Warning Signs That Show Your Relationship Is About To End

Dear Ladies, Here Are 3 Ways To Identity A Man Who Loves You Deeply

Say These Prayers Before You Go Out Today