Check out what Jean-Clair Tobido said about Barcelona, concerning his playing time at the club

By Uthymann (self media writer) | 9 months ago 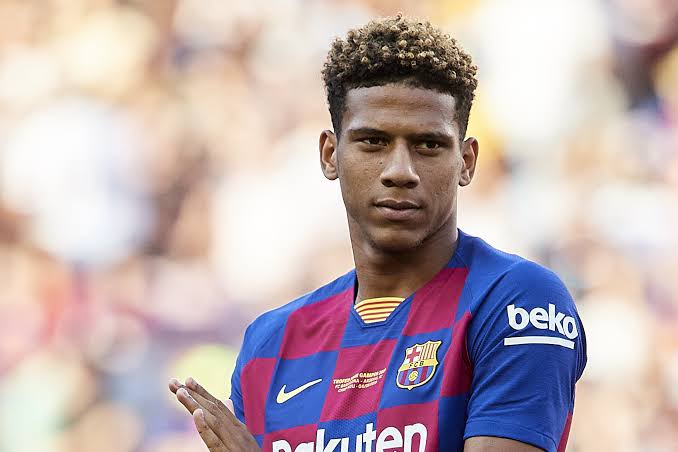 Tobido, who has been talking about his time at Barcelona as a defender, has once again complain the lack of playing time he was given at Barcelona.

Jean Clair Tobido is a French footballer who plays as a center back for Nice, ok loan from Barcelona.

He's currently on loan at Nice, he moved back to the club in January after no impression at Benfica. After making seven appearance for the club, Tobido has made it clear how much he loves playing.

“The presentation at Barcelona, ​​it’s madness, but I only played five games, it’s bogus in real life. I won a La Liga (in 2019), but I didn’t help the team, I played when we had won the title!

“Abidal saw me as Piqué’s replacement. I played two games, then Valverde told me that I was the fourth defender but that I was going to have to prove in the preseason. Umtiti got hurt. I did the right thing, but I am not given my chance.

“I’m not asking to play the Clásico, but make me play matches, I think I have the level to play against Leganés, with all the respect I have for them. I waited 2 months to play against Inter Milan and I understood that I had to leave.”

Looking at what he said, he doesn't seem the defender still wants to play for Barcelona anymore, as he's enjoying his stay at Nice.

Content created and supplied by: Uthymann (via Opera News )