Has He Turned A Muslim? See Recent Picture Shared by Odion Ighalo on Friday

Jude Odion Ighalo is a Nigerian Professional footballer who is currently playing for the Saudi Arabian Professional League club, Al-Shabab. He joined the club in February from the Premier League Club, Manchester United where he has been on a loan spell from his former Chinese club, Shanghai Shenhua.

Though, his time at Manchester United did not seen him being opened to adequate and the required playing time, he is able to achieve his childhood dream of playing for the English club which has been his favorite since childhood. He is recognized as the first Nigerian footballer to have played for the Premier League club. Leaving the club in February, he expressed his satisfaction as a completely satisfied soul.

However, the Nigerian striker was seen in a traditional Muslim Men attire as seen on his instagram handle on Friday and the caption of the picture sees him wishing everyone 'Jumaah Mubarak', an Islamic word usually used for wishing everyone Happy Congregational Day which is Friday. 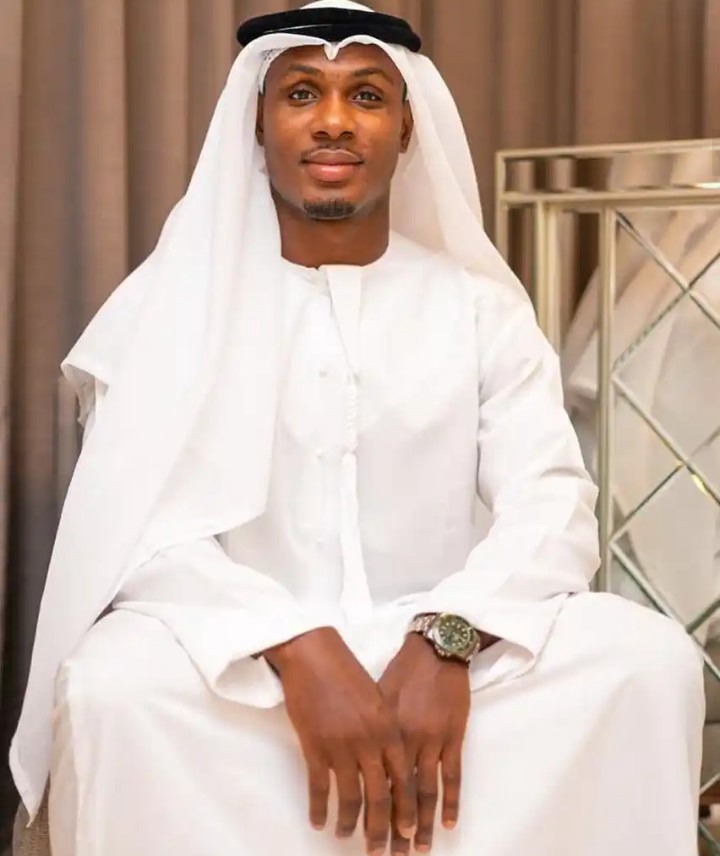 What is now trending is how many fans are questioning wondering whether the former Manchester United striker is now a Muslim or he is just a religious tolerant being, since he is a devout Christian according to his biography on Wikipedia.