Why do famous black football players in Europe all seem to have white wives? (Opinion) 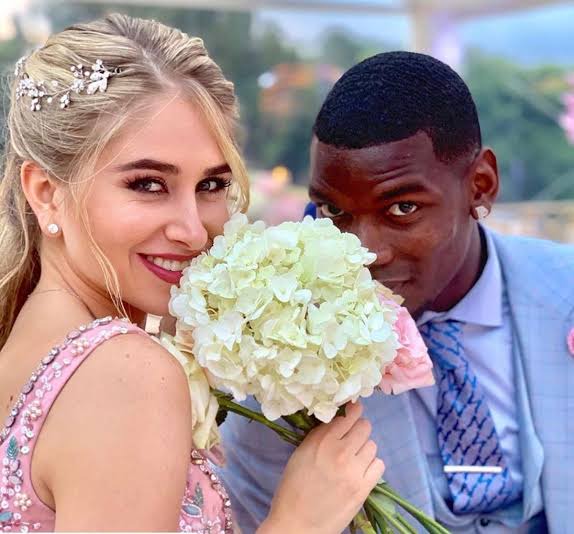 This debate has been trending for a while and still it doesn't seem to have it's conclusion yet, some people thinks that it's because of inferiority complex that makes black players marry white girls in Europe. Meanwhile I have my own opinion on this topic.

White women attend stadium sports games more that black women do, professional sports attract white males who in turn bring their girlfriends or wives and the wives bring friends. The athletic prowess of black men is attractive to women, these men are in top shape and Men tend to deal with women that are interested in what they do. If a woman wants to catch a man, show interest in what he does and you got him. Black women dont tend to see Arena sports as an activity unless she is invited by a white friend, you will rarely see a group of black women at a hockey game for instance. Football is more of a White european sport , just beginning to get huge recognition in the US in the last 20 years. Being big in Spain, France, England, Germany also in Africa. And Africa is a whole psychology unto itself in which white women are a Trophy because of the history of the continent,but not so much in America, not amongst the educated black men, only the under educated. They think is great to have a white woman but they get the trashy and obese ones. The beautiful ones are higher up on the food chain and a successful man (black or any successful man ) will deal with the women that are within his sphere of influence. He will live a certain way and the women that exist on that strata are the ones he will show interest in. For example, A Roman Catholic man will hardly date a girl from Deeper Life or Jehovah Witness, she wont even get to meet him ,because hes never going to worship there.

Sucessful people date and marry people on their “level “of access! If you can be there then you have higher chance of attracting him and have something going for yourself . However, there are some black players that married black women in Europe even though they were more exposed in marrying white girl. Also according to a 2018 study, black people make up only 3% of the UK population. Given their small proportion of the population, interracial dating and indeed marriage would seem to be a natural outcome of a small minority living in a majority white country.