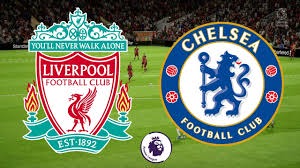 ⚽Liverpool have won their last two Premier League games against Chelsea, as many as they had in their previous 13 against the Blues (D7 L4).

⚽Chelsea have only lost one of their last nine away games in all competitions against Liverpool (W3 D5), though it was in this exact fixture in the Premier League last season (0-2).

⚽Liverpool are unbeaten in 58 Premier League home games, winning 17 of their 18 at Anfield so far this season. If they avoid defeat here, it will be the ninth time they’ve remained unbeaten at home across an entire top-flight campaign, three more than any other side.

⚽Chelsea have won 18 of their 44 Premier League games against sides starting the day top of the table, more than any other side in the competition. Meanwhile, only Man Utd (44% - 15/34) have a higher win rate in such games than the Blues (41%). 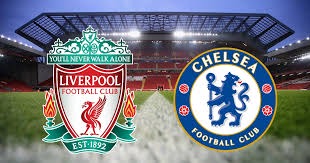 ⚽Liverpool have dropped more points in the five games since becoming Premier League champions (8 – W2 D1 L2) than they had in their previous 40 matches in the competition (7 – W37 D2 L1).

⚽Chelsea haven’t kept a Premier League clean sheet outside of London since May 2019, in a 0-0 draw with Leicester. The Blues have kept just one clean sheet on the road this term, in a 2-0 win at Tottenham back in December.

⚽Liverpool’s Roberto Firmino is still without a Premier League goal at Anfield this season – if he fails to score in this game, he’ll set a new record for most goals scored in a single Premier League campaign with 100% of them coming on the road (8).

⚽Liverpool’s Mohamed Salah has had 10 shots (six on target) over his last two Premier League games but has failed to find the net.

Drop your predictions on the game.. and don't forget to hit the follow button.

Juventus vs Atalanta Serie A Mat