By Tosyyn (self media writer) | 8 days ago

Matchday 5 of the UEFA Champions League continue with Teams qualifying for the next phase while others are still struggling for the tickets or totally out of the contest.

Following their Matchday 4, 1-3 Victory over Borussia Dortmund, Ajax Amsterdam of Holland cruise on with their 100% record as they maintain qualifications for the next round in grand style. 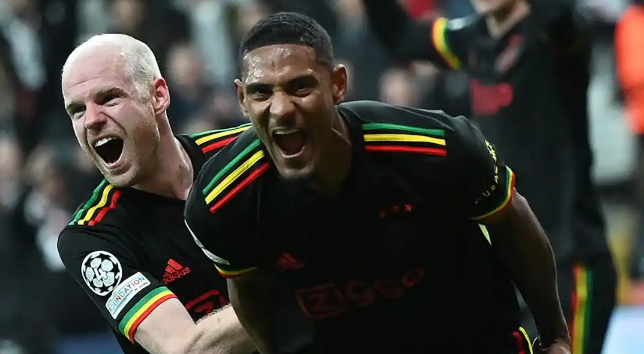 Ghezzal earned Besiktas of Turkey a lead in the 22nd minute but Ajax and Champions League top scorer, Haller levelled and also secured 3 points for the visiting Dutch Team in the 54th and 69th minutes to record his 8th and 9th Champions League goals this season. 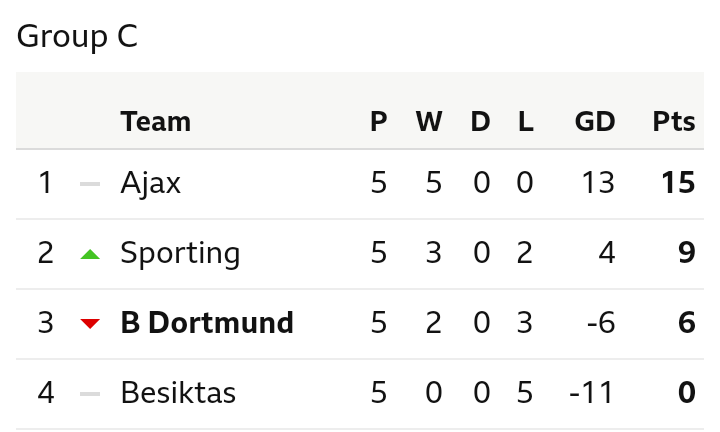 Sporting rise to the 2nd spot in group C, following their 3-1 win over Dortmund in Portugal but will now need a draw (or head to head rule) in their last Group A game to join Ajax in the knockout stage.

Messias' only goal, late in the 87th minute for Milan at the Wanda Metropolitano Stadium, secured all 3 points for the visiting Italian side after a huge tussle against Atletico Madrid. After losing 2-0 to Liverpool on day 4, the Spanish side continue to struggle for a place in the Knock out stage. 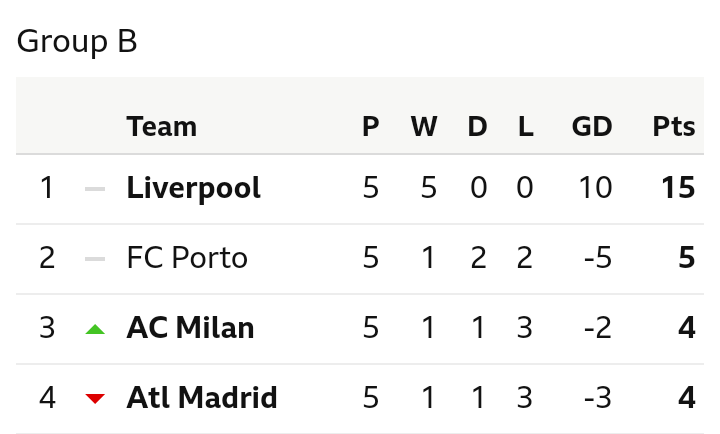 Liverpool having qualified on day 4 maintain their 100% record with Alcantara and Salah's goals that produced a win over Porto at Anfield, bringing them to 15 points. However, all hope isn't lost yet for Milan, Atletico Madrid and Porto, with a win, one of them can still join the Reds in the next round.

Inter Milan returned for game number 5 of Group D matches, after beating Sheriff Tiraspol in front of their home fans 1-3. Dzeko's 61st and 67th minutes Strikes settled it for Inter Milan, beating Shakhtar Donetsk of Ukraine in Italy by 2-0 to join Real Madrid in the knockout stage. 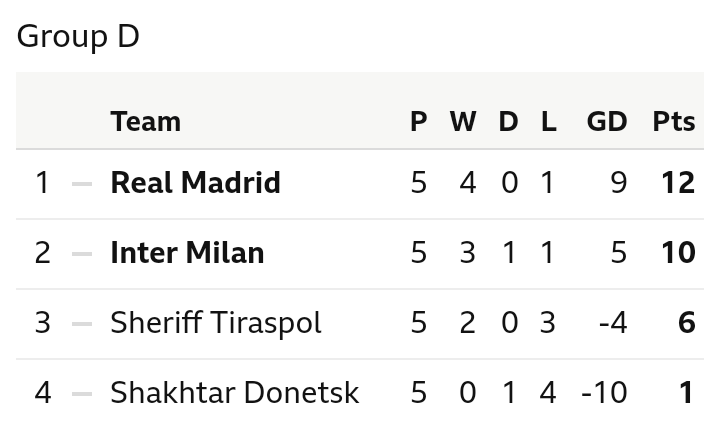 Real Madrid on the other hand, beat Sheriff Tiraspol in Moldova by 0-3, paying back for their first legs loss to the underdog side in Spain. They go 2 points ahead of inter to lead the Group D Table but will need a draw to perfect the lead with more goals on Day 6. 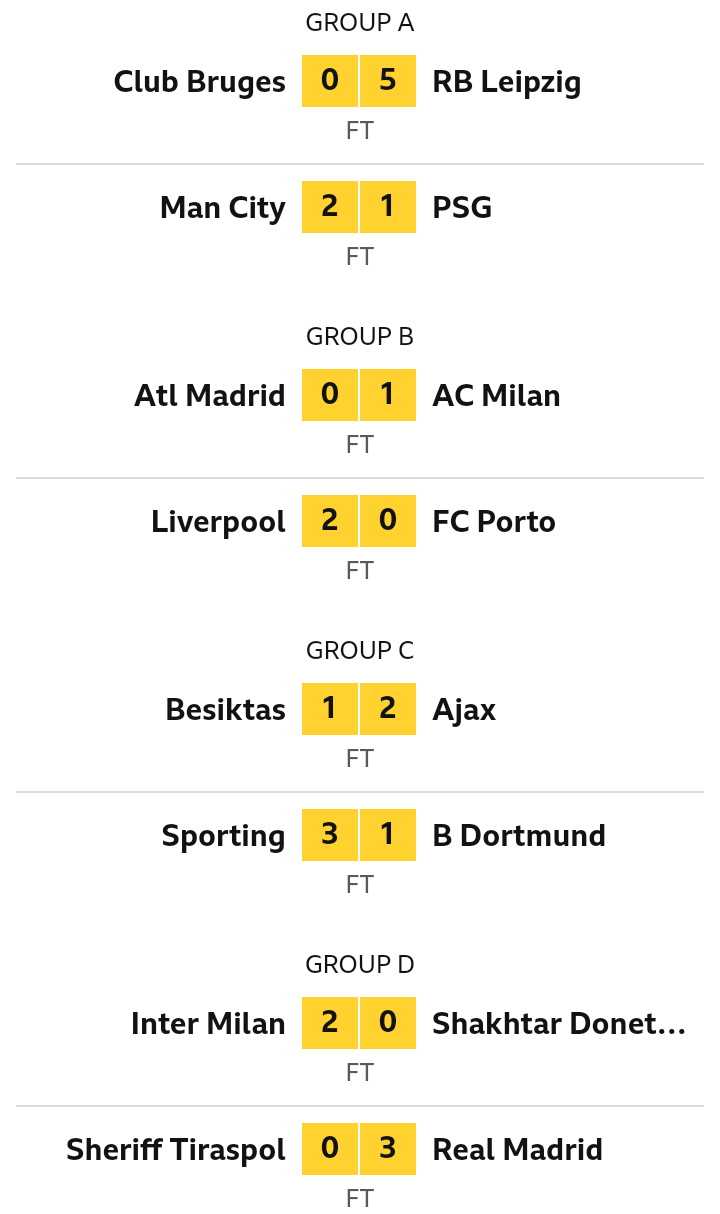 Man City were the better side on Day 5 as they came from behind to beat Messi's PSG on a revenge mission after losing the first leg at the Pac des Princes. Mbappe's early 2nd half goal had put the visitors in front, before Raheem Sterling changed the game for City with a goal in the 63rd minute after Which Jesus Navas' 76th minute Strike, sealed it for the Cityzen as they qualify for the knockout stage of the Champions League. 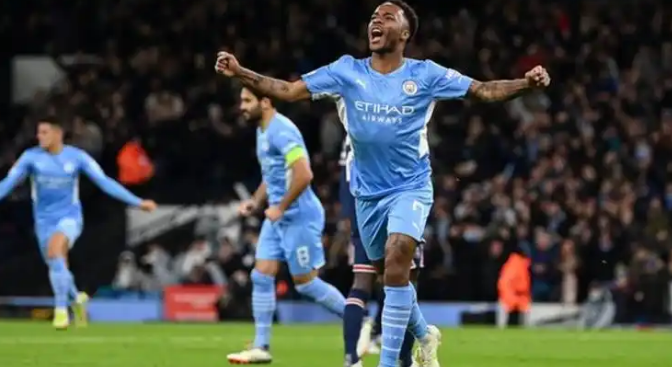 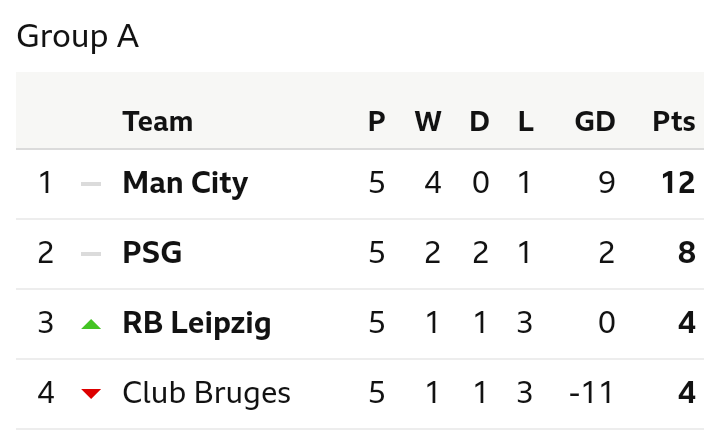 Although Leipzig whitewashed Club Brugge by 0-5 but that wasn't enough for them to secure a place in the next round, as Messi's PSG grabbed the 2nd Group A ticket to the next phase with 8 points and a game to spare. 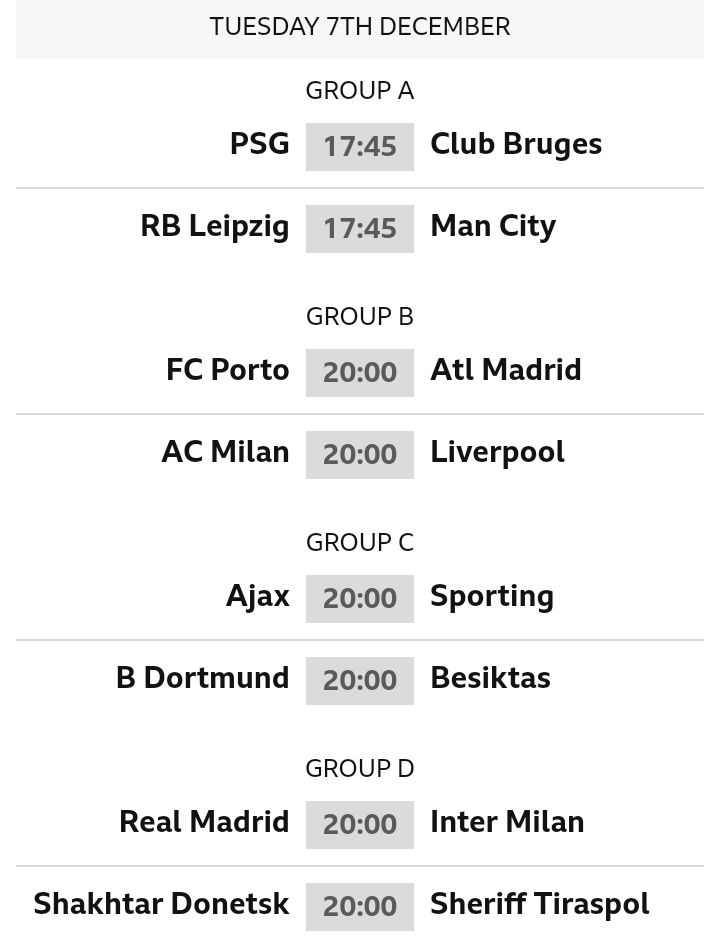 In a dead rubber game, City will be expected to rest their Star Players, when they travel to Germany to face Leipzig on the final Group game. AC Milan will face Liverpool in their Final Group game to book a passage into the next round, Milan need all vital 3 points against the English side, provided that Porto were held or beaten by Atletico Madrid. Real Madrid and Inter lock horns to know the main Group leader on the final Group Matchday.

Which Team do you think will qualify as the 2nd Club in B, since Atletico Madrid could as well get a ticket by beating Porto in Portugal. Share your thoughts before the head to head rule sets in.