The Comprehensive League Statistics Of Cristiano Ronaldo Throughout His Career 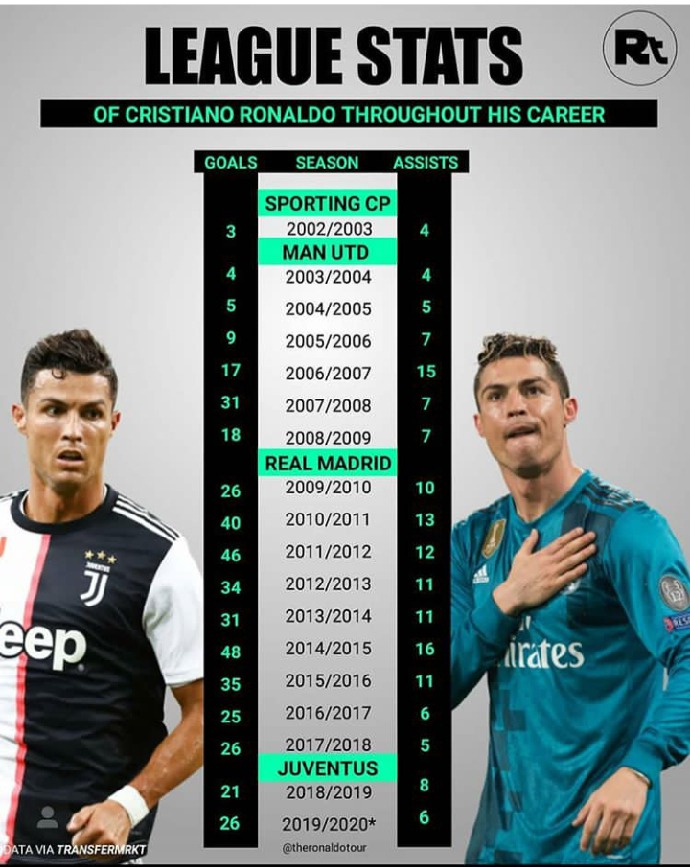 After seeing what Cristiano Ronaldo achieve from Sporting CP till Juventus, it right that we go through his wonderful career. While he was at Sporting CP, he scored only three goals and provided just Four assists before Sir Alex Ferguson Recruited him for Manchester united.

When Ronaldo transferred to Juventus, he scored 21 goals in his first season and provided 8 assists. In his second season, he have scored 26 league goals and assisted another six goals.