Despite the Loss To Chelsea, Manchester United Fans Should Celebrate Because of This 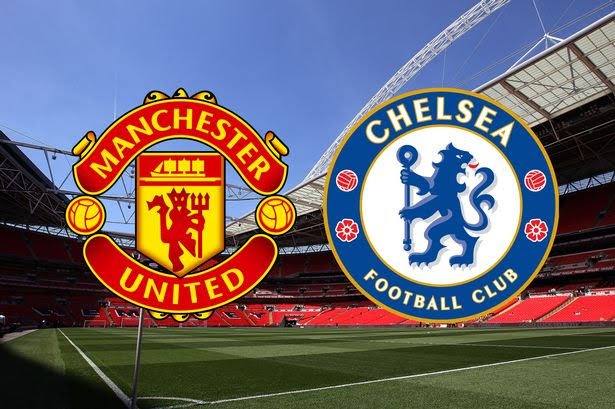 But despite the loss, Manchester United fans should still celebrate because of one reason - and that is, their chance of making it to Champions League next season became even brighter today.

Before going into the game, Manchester United was already caught in the dilemma of qualifying for the FA Cup finals or risk qualifying for Champions League next season. Well, in football, that wouldn't be a difficult decision for any coach to make, because every team desires to play in the bigger stage.

So Manchester United went into the game against Manchester United without some of their key players like - Pogba, Anthony Martial, Greenwood, etc. Clearly, the coach was reserving them for the Premier League match against West Ham, the game that will decide whether they will make it to the Champions League next season or not.

With a rather not-too-impressive line-up against Chelsea, it didn't come as a surprise that Manchester United failed to deliver. Their performance was lackadaisical, and they completely lacked creativity. 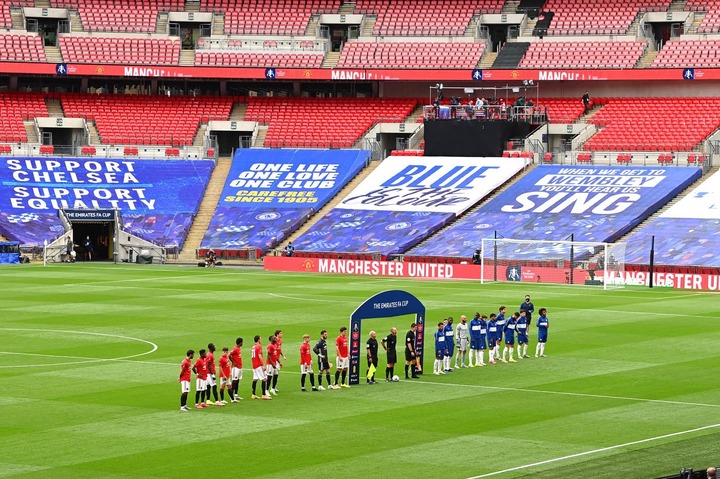 The midfield was porous, and early in the game, it could be seen that Manchester United's coach, Olé Gunner Solskjaer, was gambling with the idea of bringing Pogba or not.

Pogba was seen standing up, and trying to prepare, and at a point, we thought he was going to come. But it wasn't going to, until the second half. 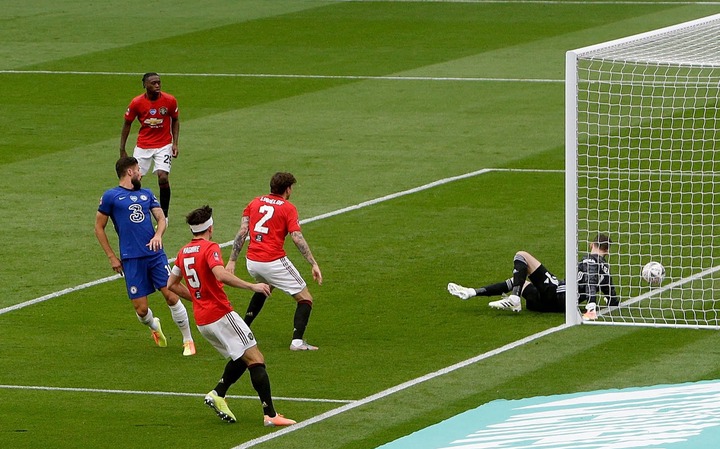 And it didn't come as a surprise, that just before the end of the first half, they had to pay dearly for their underperformance. An added-time goal from Giroud saw the Chelsea side ending the first half with a one-goal difference.

We expected Manchester United to return in the second half more determined and fierce, but the reverse seemed to have been the case. 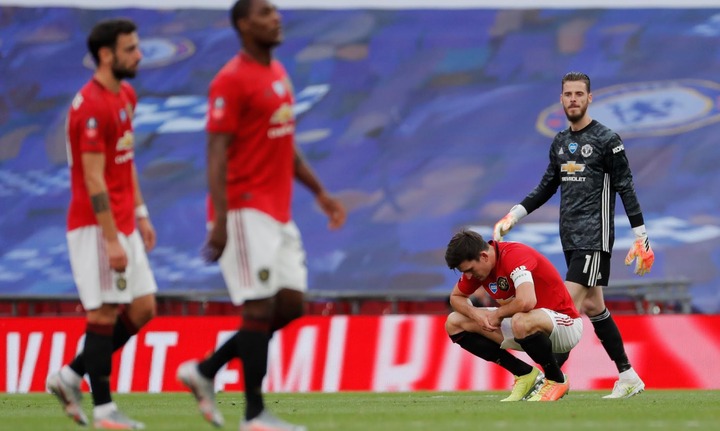 A 46th-minute goal from Mason Mount was what seemingly put the nail on the coffin of their dream. And in the 74th minute, Maguire made it worse by scoring an own goal.

In the 86th minute, Manchester United had a consolation goal after Hudson-Odoi fouled Anthony Martial inside the 18-yard box. A penalty was awarded the Red Devils, and Fernandez comfortably put it behind the net.

And the match ended with the scoreline of 3-1, with Chelsea smiling home with a victory.

But despite the loss to Chelsea, today was also a good day for Manchester United. Their biggest rival in the Premier League presently, Leicester City, finally fell under the heavy assault of Tottenham. 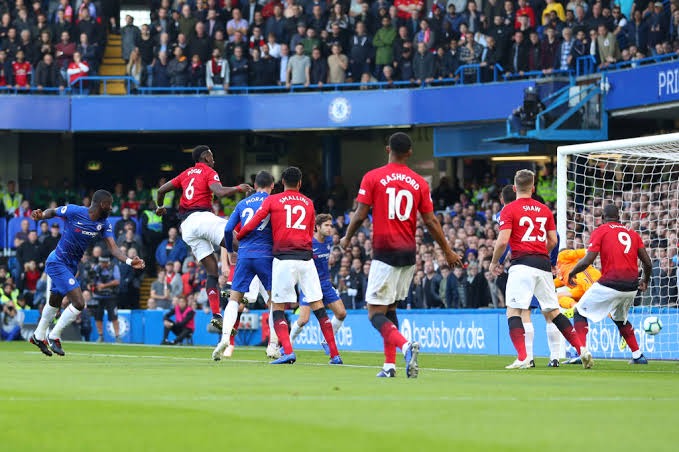 Manchester United are currently battling for Champions League qualification, and for long months now they have been unable to break into the top 4. But that opportunity finally came today with the defeat of Leicester City by the Jose Mourinho side.

Manchester United's dream of making it to the European Champions League next season if they can beat West Ham on Wednesday, and many people are already predicting to be a walk-over for Manchester United. And if they beat West Ham, they will automatically go up to 4th place, while Leicester City will go down to 5th place.

Their last Premier League game will be against Leicester, and that will certainly not be an easy game for Leicester City, as they will be going into the game without some of their key players - James Maddison, Ben Chilwell, and Christian Fuchs, etc.

So Manchester United's chance of going to Champions League next season came alive today. Despite the loss to Chelsea, I don't think today was a totally bad day for Man United, because even though they lost the match, they defeat of Leicester City brought the fans joy.

What's your take on that match between Manchester United and Chelsea?