By Sportainment (self media writer) | 22 days ago

The club is actually going through a lot, as they've been unable to get back to their feet even after spending a lot in the last summer transfer window.

The fans are actually tired of their manager, Ole Gunner Solskjaer, and they actually want the board to do something drastic about it.

Zidane, is actually the favorite for the job now as Antonio Conte who was the initial best candidate for the job has signed a contract with Tottenham Hotspur. 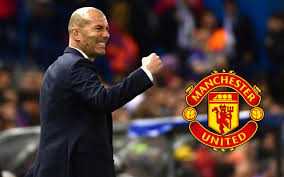 As it seems, Solskjaer's job is currently under pressure and the Norwegian might soon be kicked out of his position as the Red devil's manager.

And Zidane, who actually won two La Liga titles and three Champions Leagues during his time as a coach at Real Madrid, is the best option on the boards list right now. He's the one the fans want too.

Unfortunately, the former Real Madrid coach doesn't think this is the right time to join the Red devils now. He prefer to join any team before a season commences. 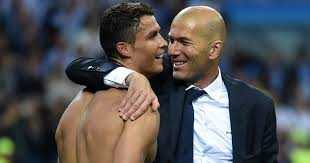 However, Cristiano Ronaldo and Raphael Varane might be the most important reason Zidane might take the job. The duo have worked with him before at Madrid, winning back to back champions league trophies.

Zinedine Zidane is the first manager to win three consecutive Champions League titles and no manager has ever come close to equalling his record. 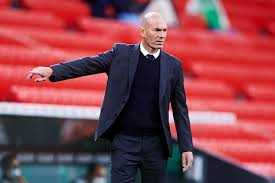 Manchester United are currently sixth on the Premier league table despite the big signings worth over £120million gotten during the summer.

Given that the club has a legacy to protect, they wouldn't want to tamper with their reputation by keeping a clueless coach in office. The club and fans are in need of trophies and the only way it could be achieved might be to change the manager.

Content created and supplied by: Sportainment (via Opera News )