If you are a Fantasy Premier league gamer, check out some tips for Gameweek 28.

By Dannykelechi131 (self media writer) | 10 months ago

Fantasy Premier is a premier league game, played by millions of people all over the world. It is game you have a total of fifteen players premier league players, only eleven players will start, while the remaining ones stay on the bench. 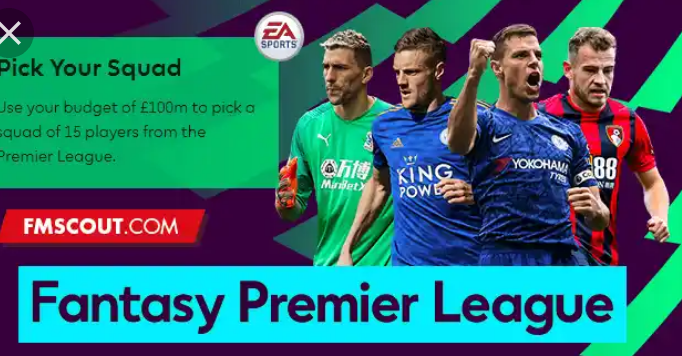 I am here to help you to choose the right players for this gameweek (gameweek 28). Here are the premier league fixtures for this weekend. 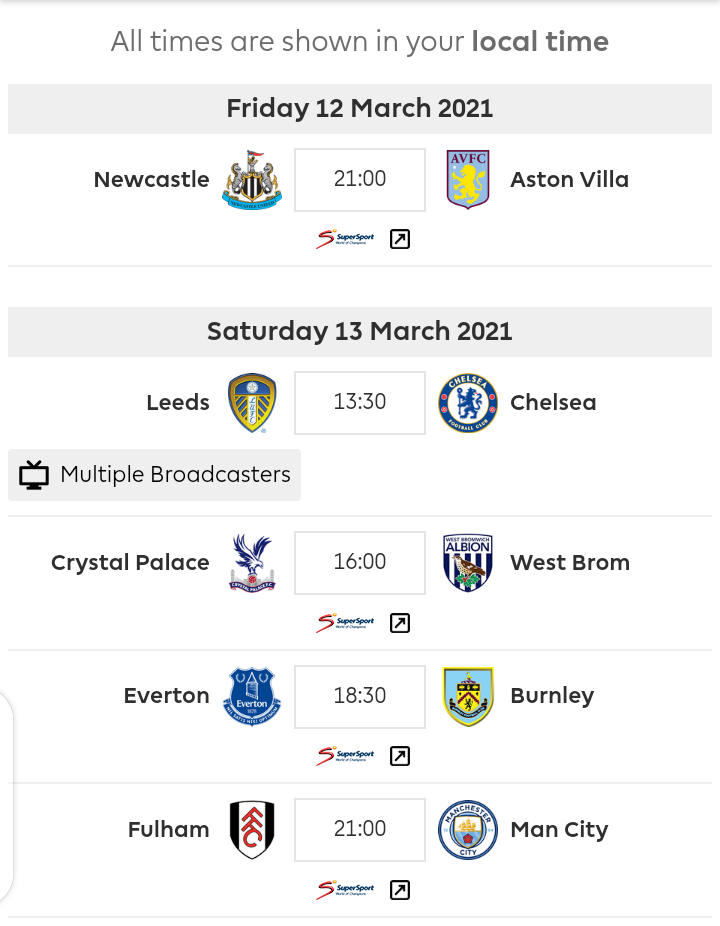 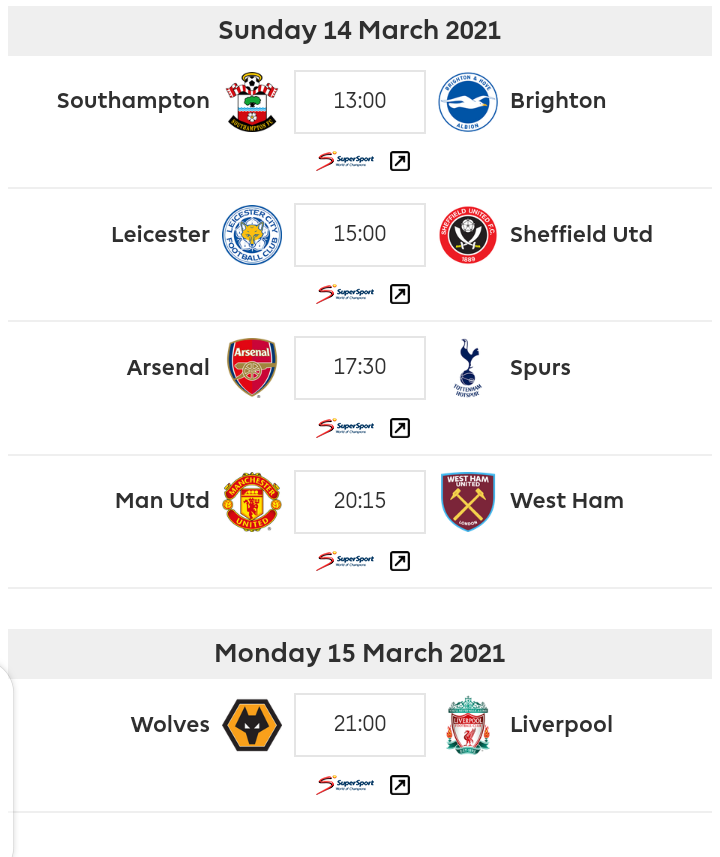 With these fixtures, we select our players for Gameweek 28.

*Emiliano Martinez is the best goalkeeper so far in fantasy premier league this season. He is facing an opposition, who are not inform Newcastle, with Calum Wilson there is big change for him to get a clean sheets. Oile Watkins is also inform for Aston Villa, he should get a goal against a shaky Newcastle United defence.

* Mason Mount should be a captain contender, Leeds consists more, and with his form he is a good buy for this gameweek.

* Bruno Fernandes has the highest point in this season FPL, with 206 points, he is also a good Captain option in the game against West Ham, Maguire is also a good choice in defence.

* Hary Kane and Son ming Heung have had the best partnership this season, with both on 182 and 178 points respectively they should be able to be in your team despite their game is against Arsenal.

* Manchester City have a game against relegation threatened Fulham, Gundogan and De Bruyne are Captain options for this gameweek, then there is possibility of clean sheet for Ruben Dias, Stones, and Cancelo.

* Everton have game against Burnley, Richarlison is a good bargain, and also Lucas Digne who is good in defence and going forward.

* Leicester City have an easy game against Shiefield United, get Jamie Vardy he will get attacking returns against 20th placed Shiefield.

* Liverpool are having a bad run of games, a tricky game against Wolves coming up ,Mo Salah could come with Surprises, after failing to bring attacking returns in recent games.

* Cresswell is the best defender so far in fantasy premier league this season, he is also a good addiction to your team.

Players with most points this season. 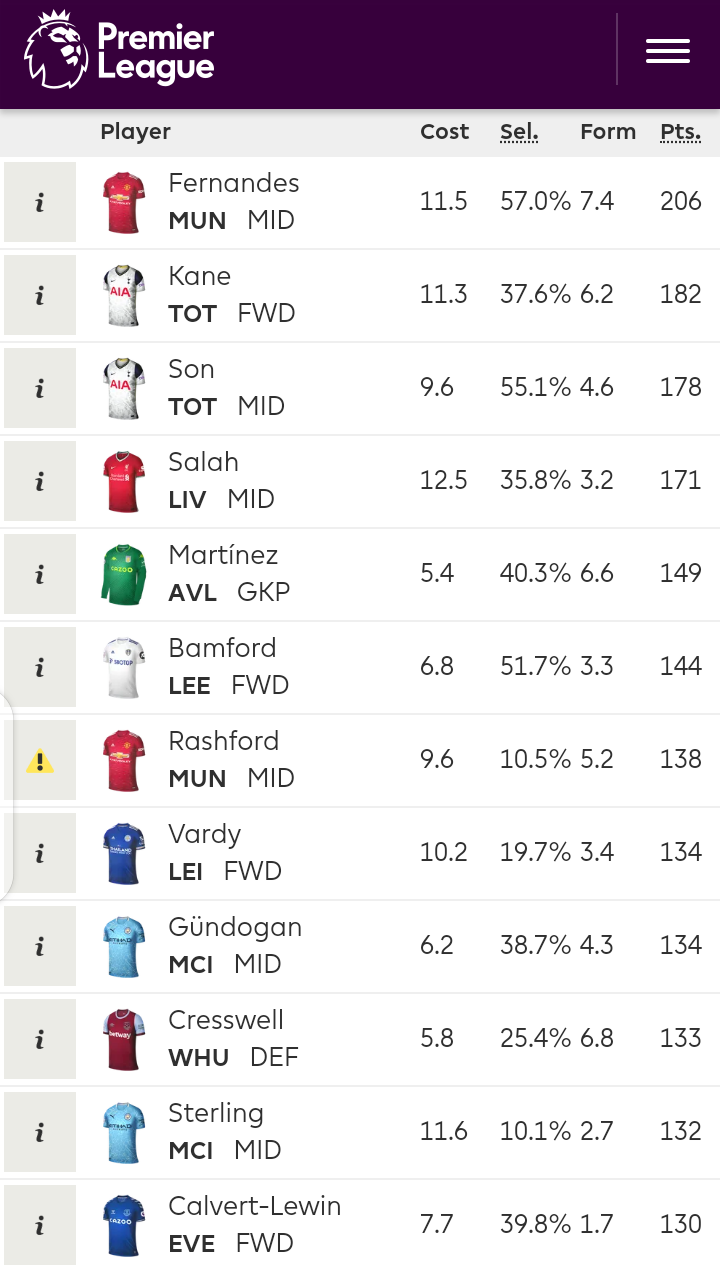 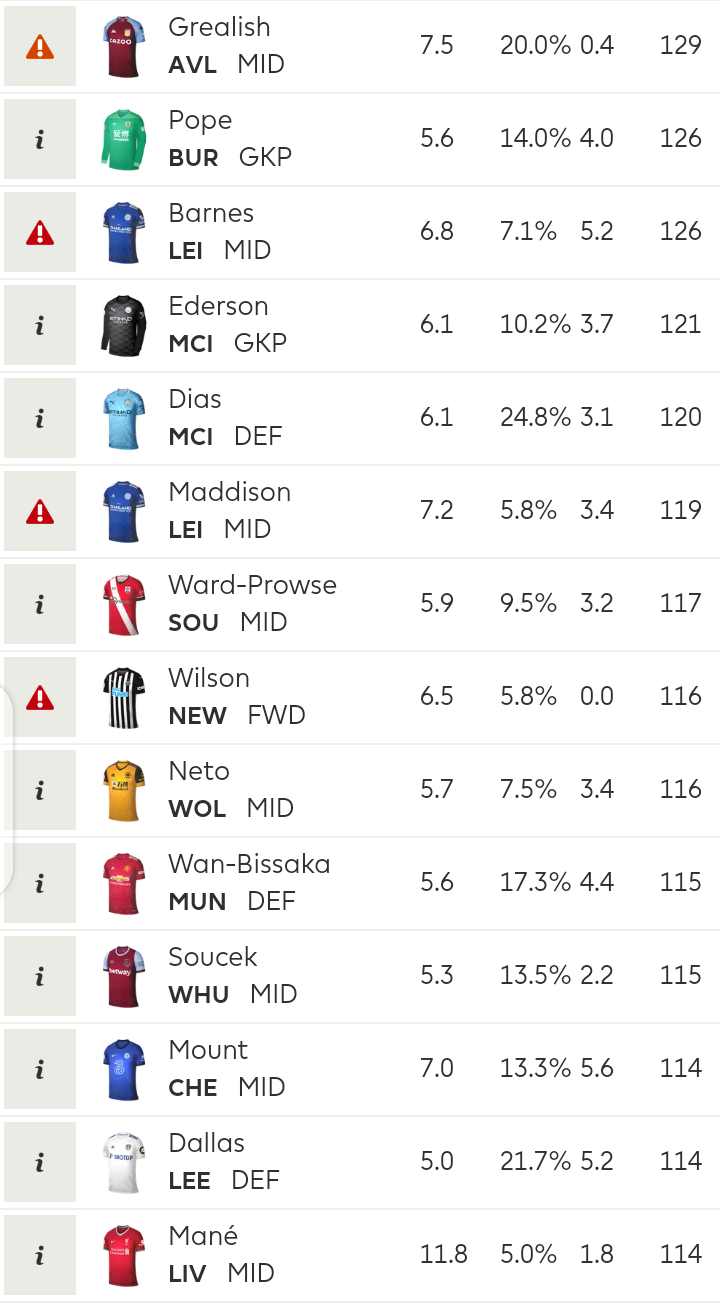 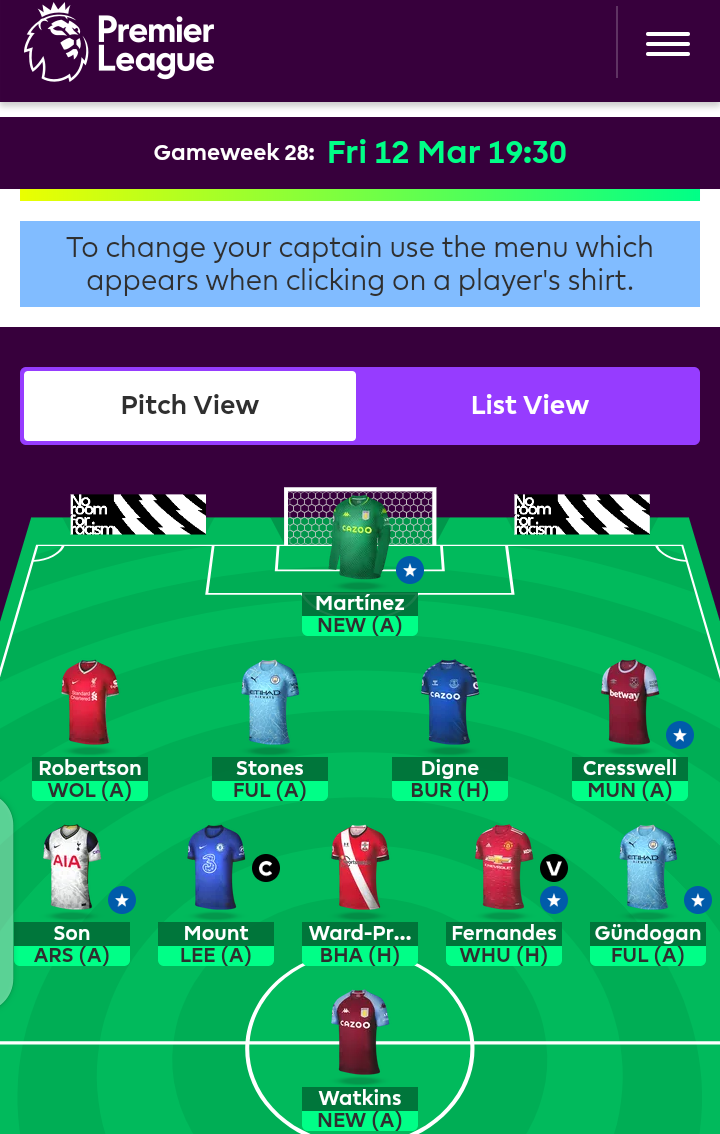