Rumelu Lukaku came to Chelsea as one of the most prolific strikers in the world. The feat he achieved at Inter Milan he was unable to achieve that at Manchester United, many expected him to bring the momentum to Chelsea, but now he is slowly becoming inconsistent at Chelsea. The Belgian international is a great striker, but he needs to work on certain aspects of his game. 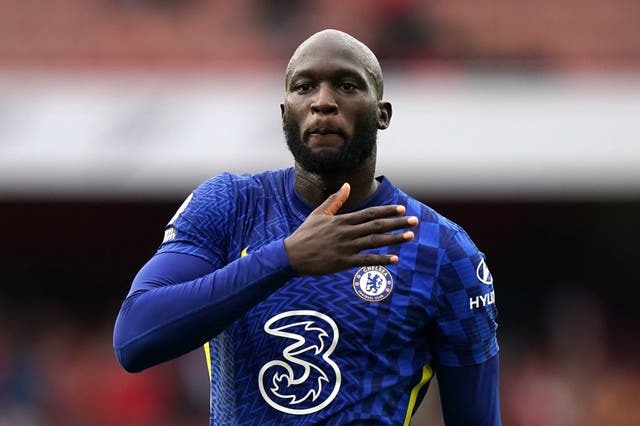 Top strikers like Harry Kane, Lewandowski Aguero and others have been consistent over the years. He has said he is on the same level with some of these players, and for him to be a world-class striker, he has to improve on the following:

1. Lukaku has to work on his attitude towards his teammates; he gets too angry at his players if he did not get the ball from them as at when due. This can make teammates to stop playing the ball to him. He should be free with players, even when they don't play as he would have wanted. Every player has the desire to score goals.

2. The Belgian international should work on his ball control; he is a proven goalscorer, but he has issues with holding down the ball. If he doesn't shoot at goal, he loses balls to his opponents. He should hold the ball more and try to play with the midfielders, than always waiting up for the ball to score. Other top strikers like Harry Kane, Lewandowski, Aguero, Valdy and others make more impacts in games than Lukaku.

3. Lukaku has to improve on his dribbling skill; strikers should be able to take on the defenders, dribble them and score. At the moment, the only skill Lukaku has is to back the defenders and turn to score. He needs to play with face on the goal. This is how he can become more deadly as a striker.

Let us know your thoughts on this article in the comments' section.