By IloawaChike (self media writer) | 9 months ago

The game of football is played by a team of eleven players playing against their opponent but some times, a team may find itself playing against a 13th man, the central referee.

The showdown between Southampton and Manchester United kicked of at 14:00 hours on Saturday 22nd August 2021. This second fixture of the seasons for both teams could be said to have been marred by some poor decisions by the central referee, Craig Pawson. 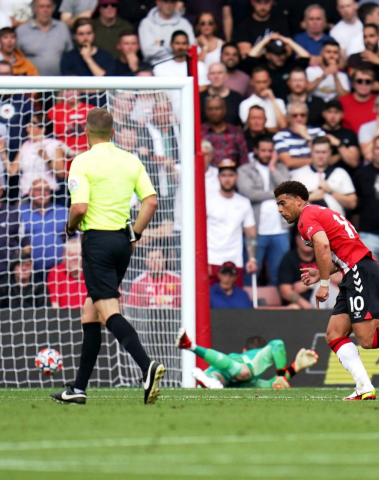 Despite the Red Devils having more possessions on the ball, the Saints were the first to make an attempt on goal. In the opening first minute, Ward-Prowse nearly sneaked in the ball into the bottom left corner of Manchester United's net, all thanks to great safe by David De Gea. Couple of chances were created by the Red Devils but could make nothing out of them.

The Saints drew the first blood in the 30th minute after Bruno Fernandes was clearly fouled by Stephens near the Manchester United's eighteen yard box in an attempt to win back the ball, but the deserved free-kick was denied by Craig Pawson, the central referee. A buildup which ensued from the foul saw a low strike from Adams deflect off the foot of Fred and the ball hit the back of Manchester United's net, an own goal in favor of the Saints. Bruno Fernandes was however booked for complaining against the referee's poor decision of not awarding the Red Devils a free-kick. The 1st half ended 1-0 in favor of the Saints. 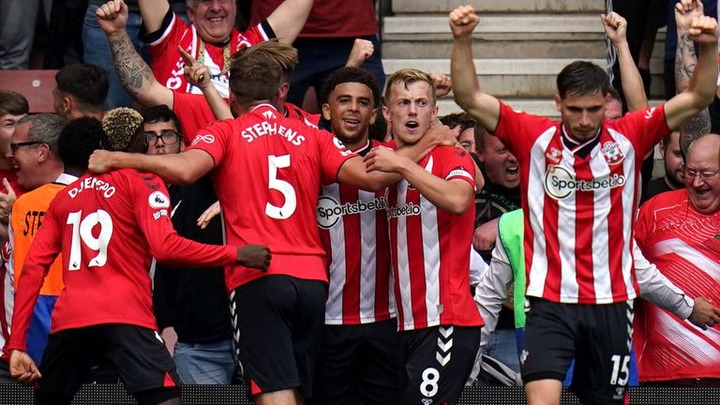 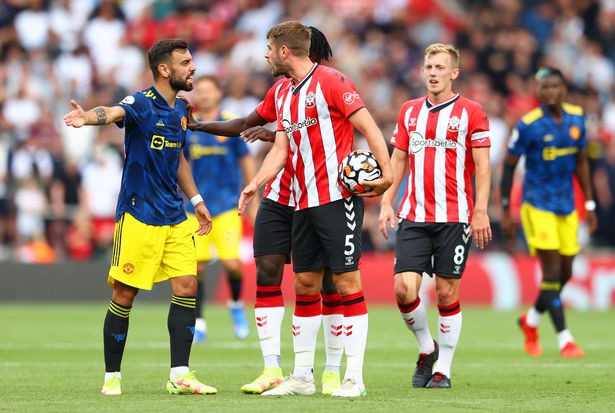 The 2nd half kicked off with Manchester United trailing by a lone goal. A 48th minutes volley from Paul Pogba seemed to have deflected off the arm of Salisu for a corner-kick, an appeal for a penalty was also denied the Red Devils whose first campaign kept on top of the league table.

The Red Devils' efforts paid off in the 55th minute from a buildup involving Paul Pogba and Bruno Fernandes, a quick one-two play got Pogba making his 5th assist of the season by setting up Greenwood who slotted the ball past between the legs of Southampton's goalkeeper, Alex McCarthy as he found the back of the Southampton's net, giving him his second goal of the season. 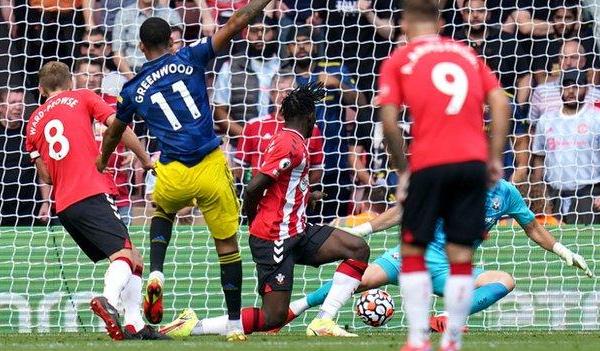 The Red Devils team seemed to have come to more life after Anthony Martial whose impact was almost not felt was substituted for a mid-fielder Sncho, giving Paul Pogba the opportunity to press deeper into the opponents eighteen yard box. Nevertheless, no other effort from both teams paid off.

Other Statistics from Southampton Vs Manchester United:

Do you share similar opinion that the red devils would have gone home with maximum three points if not for the referee's poor decisions?

Content created and supplied by: IloawaChike (via Opera News )