Why Ronaldo will sign for Manchester United instead of Man City

By Holywinxy (self media writer) | 1 year ago 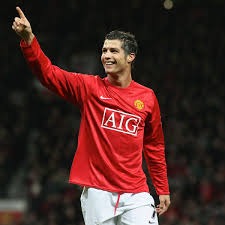 The six-time Ballon D'or winner, Cristiano Ronaldo has decided to join Manchester United after coming so close to closing a deal with Manchester City.

He joined Real Madrid after Manchester United and has been in the hearts of the United fans and staff.

During his stay in Madrid, he went on to be the most successful footballer, where he won three consecutive champions league and four Ballon D'or.

In the end, this didn't go so well with Real Madrid so he decided to Join Join Juventus in Italy where he managed to score most goals and win so many awards but he has not been so happy in Juventus because they failed to sail in the champions league making him decide a move to Manchester City.

Following this reason, Ronaldo decided that he will join Manchester United after Manchester City had made it official that they are no longer interested in Cristiano Ronaldo.

This will be a very good signing after Ole had promised Manchester United fans that he will create a team that will compete for the Premier League title this season.