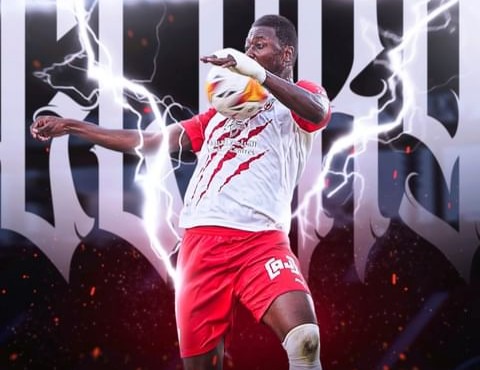 Super Eagles of Nigeria forward, Umar Sadiq was in action on Thursday night for Almeria in their 11th game of the Spanish La Liga Smartbank against Real Sociedad B at the Estadio Mediterraneo.

The young football talent retained his spot in his team's starting XI having established himself as a key figure in the squad paraded by Rubi following his outstanding performance for the club so far this season. 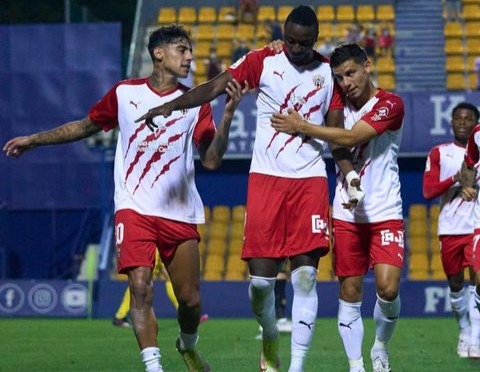 Umar Sadiq yet again continues his exceptional form as he was at the heart of the forward line for the host of the night, netting a goal and creating a brace of assist which were instrumental in their crucial win that placed them at the top of the table.

The first half of the game was such a balanced one between the two sides as there was nothing to separate them at the break which ended 1-1.

The host took the lead in the 4th minute of the game with a goal from Jose Carlos Lazo after receiving an assist from Umar Sadiq to make it one nil, before Jon Magunazelaia levelled up for the visitor in the 20th minute to make it one all draw going into the half time break. 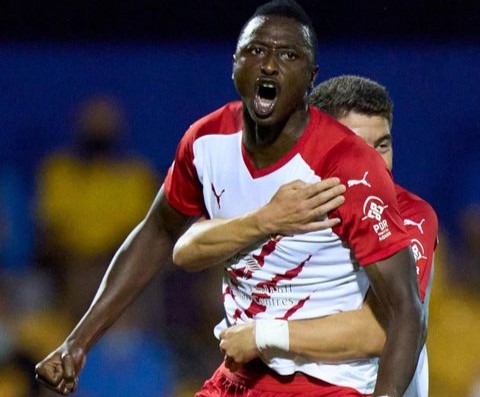 The tempo of the game got heated up in the second half as they both displayed some dazzling skills but none was able to found the back of the net until the 75th minute when Umar Sadiq gave his side the deserving lead to make it two goals to one, before he got his brace of assist in the 87th minute for Alejandro Pozo who made it three for the host.

After several attempts from both ends to add more to the tally of the night, all proved abortive as it ended three goals to one at full time.

The win of the night has now taken Almeria to the top spot on the table with 22 points in 11 games played and as such be looking forward to continuing the winning streaks in their next fixture. 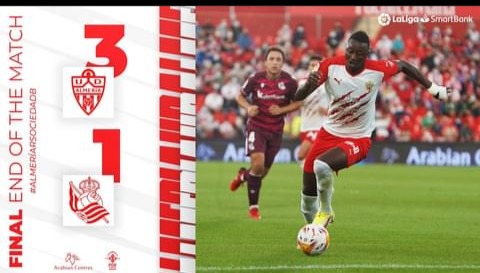 Umar Sadiq having scored his 7th goals of the season will also be hoping to keep his tally going for the club in their next game.