Opinion: Memphis Depay proving he could be up to the task at Barca 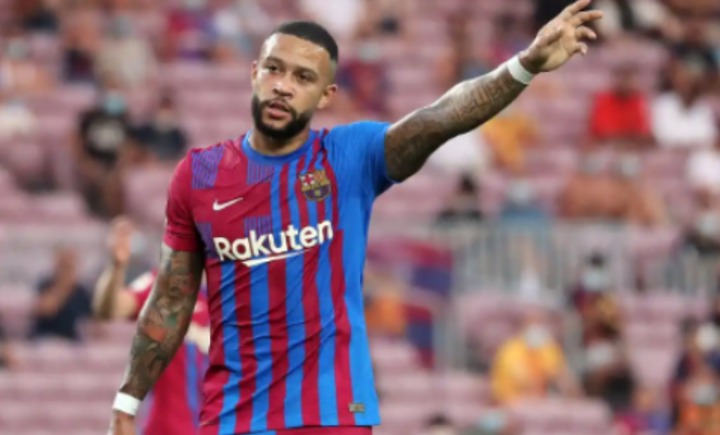 In addition to his two goals scored and one assist provided in three La Liga appearances, Depay's overall performances in Barcelona shirt has been impressive, putting a smile on their supporters face and giving them a ray of joy and hope after the loss of their star player Lionel Messi. The Argentine left the club after 20 years and Depay seems determined to be the next big star for the Spanish giants.

Memphis Depay joins Barcelona from Lyon as a free agent after reaching the end of his contract with the French club. During an interview Memphis gave on his reasons for joining the famous Catalan club, the 27-year-old said, "I am looking to win many titles during my time at Barcelona and I consider the Barcelona shirt and the club’s playing philosophy to be perfect for my offensive style of game. I will try to adapt as quickly as possible.” To Memphis, Barcelona is the club he’s always dreamed about and the opportunity has been delivered to him on a platter.

Memphis has embarked on his new adventure with the club he has always dreamed of as a childhood with the eagerness to be their key player. Barcelona's style of game seems to suit Memphis. He is already showing that his qualities enough for him to fit perfectly into the philosophy of football at Barcelona under the supervision of his fellow Dutch Ronald Koeman, who has been at Barcelona since August 19, 2020.

He has started the season well and he looked focused and determined. He is already fulfilling his promise to the Catalonia club. He plays with lot of confidence and doesn't look like he is going to stop anytime soon. He is trying to to show the world why he is at the club. Most importantly, he looks happy and he's ready to fight for the club as can be seen in the few games played. He's only going to progress with time as he's already settled at the Camp Nou.

Some may claimed that the Dutchman had a tough time at Manchester United, having just exploded with PSV Eindhoven. But that was his first major club and at just 20 years old, the pressure was too much for him especially with the legendary no. seven shirt. He has matured and evolved a lot since his arrival from Olympique Lyonnais.

Thus, Depay has shown his capabilities in the few games played. Although, it's still early to judge what the Dutch international has in store to offer the Blaugrana fans, yet his early games in Barcelona shirt has shown he is up to the task of filling a bit of the void left by legendary Lionel Messi. However, there's still hope of redemption after a difficult period.