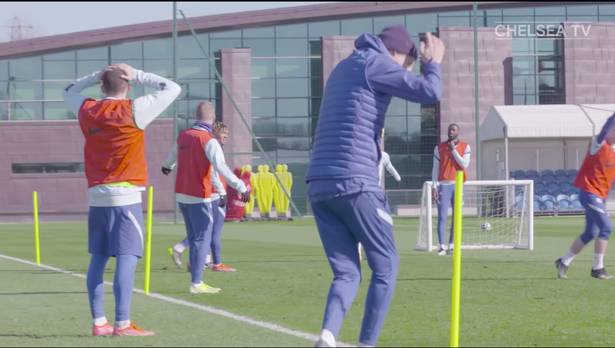 Chelsea have finished their final preparations for their Premier League match against Manchester United this afternoon.

At Stamford Bridge, it's fifth versus second, and the Blues have two reasons to go all out for all three points.

The first is that a win would allow them to leapfrog West Ham United into the final Champions League position after their London rivals were defeated by Manchester City yesterday, while a win would also put them three points ahead of the Reds. 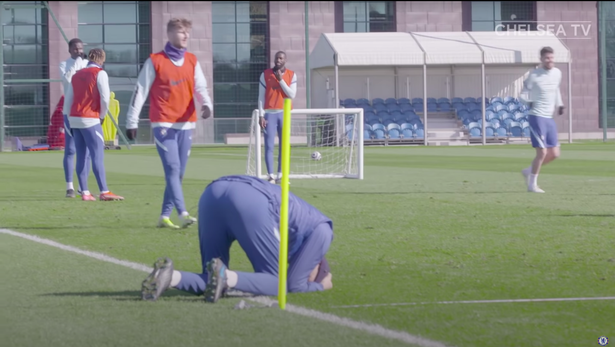 When the two teams met earlier this season at Old Trafford, the game ended goalless, but with the top-four race heating up, many expect goals and entertainment in west London.

Christian Pulisic, Kai Havertz, Callum Hudson-Odoi, and Olivier Giroud were put through their paces at Chelsea's training base in Cobham on Friday afternoon ahead of the big game.

It was a regular practice session, but there was a funny exchange between head coach Thomas Tuchel and defender Kurt Zouma.

Zouma will be hoping that his blunder doesn't cost him a place in Chelsea's starting lineup for United's visit, which Tuchel has described as a "huge challenge" for his team.

Tuchel said in his pre-match press conference on Friday lunchtime, "Hopefully we will win, this is what we go for." "Because of their unbeaten away record, we know it will be a tough task.

"We know who we're up against: a team that can damage you at any moment with individual quality and pace.

"They are a powerful team on the field, they can defend very compactly, and they are very, very good in transition with their wingers and with [Marcus] Rashford, Bruno Fernandes' deliveries, Mason Greenwood, Edi [Edinson] Cavani, [Anthony] Martial, and whoever plays, defending all of this, defending counter-attacks, will be a major challenge.

JUST IN: Messi creates yet another record after scoring tonight.