Opinion: Why Pedro's Arrogant Goal Celebration In Front Of Mourinho Should Not Be Misunderstood

The derby della Capitale at the Stadio Olimpico this evening was arguably the best match of the weekend as Maurizio Sarri's Lazio beat Jose Mourinho's AS Roma 3-2 to win bragging right in the city of Rome.

Roma outplayed Lazio really, but Lazio seemed more experienced and calmer during the game. It was one of Roma’s best games under Mourinho and there were signs that the team will only get better.

Lazio scored first in the 10th minute and by the 19th minute, they grabbed the second goal through Pedro Rodriguez. That goal meant so much for Pedro who was recently playing for Roma in the reverse fixture last season. In fact, he scored for Roma against Lazio in the derby last season.

After he scored, Pedro celebrated his goal emphatically as he ran towards Mourinho, his former manager at Chelsea. Many have been talking about Pedro's celebration, calling out the Spanish international for his celebration.

The story behind all this was that, when Mourinho first arrived Rome as the new manager, he told Pedro he was no longer needed at Roma.

This meant the player had move away from the club and he chose to move across the city to Lazio becoming the first player to do so in 40 years. 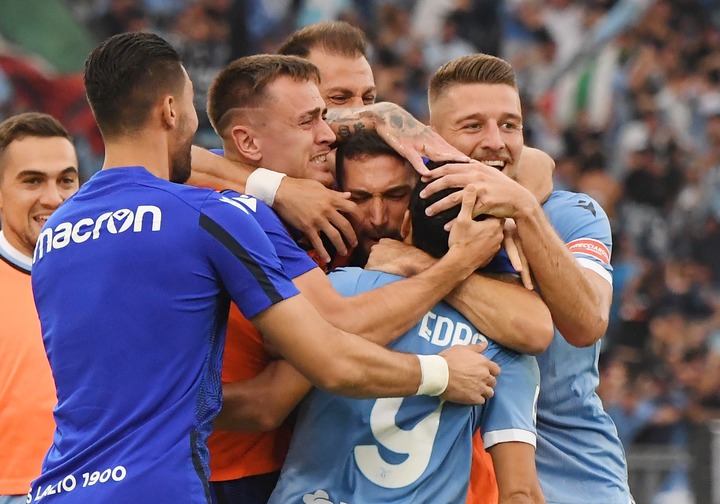 That goal was special for Pedro so people should not misunderstand his celebration. He had every right to be passionate about that goal because he was told he wasn't needed and that could have affected him mentally.

Now he's at Lazio under another one of his former coaches at Chelsea. Don't forget that it was Mourinho who brought Pedro to Chelsea so it is safe to say there's no bad blood between those two.